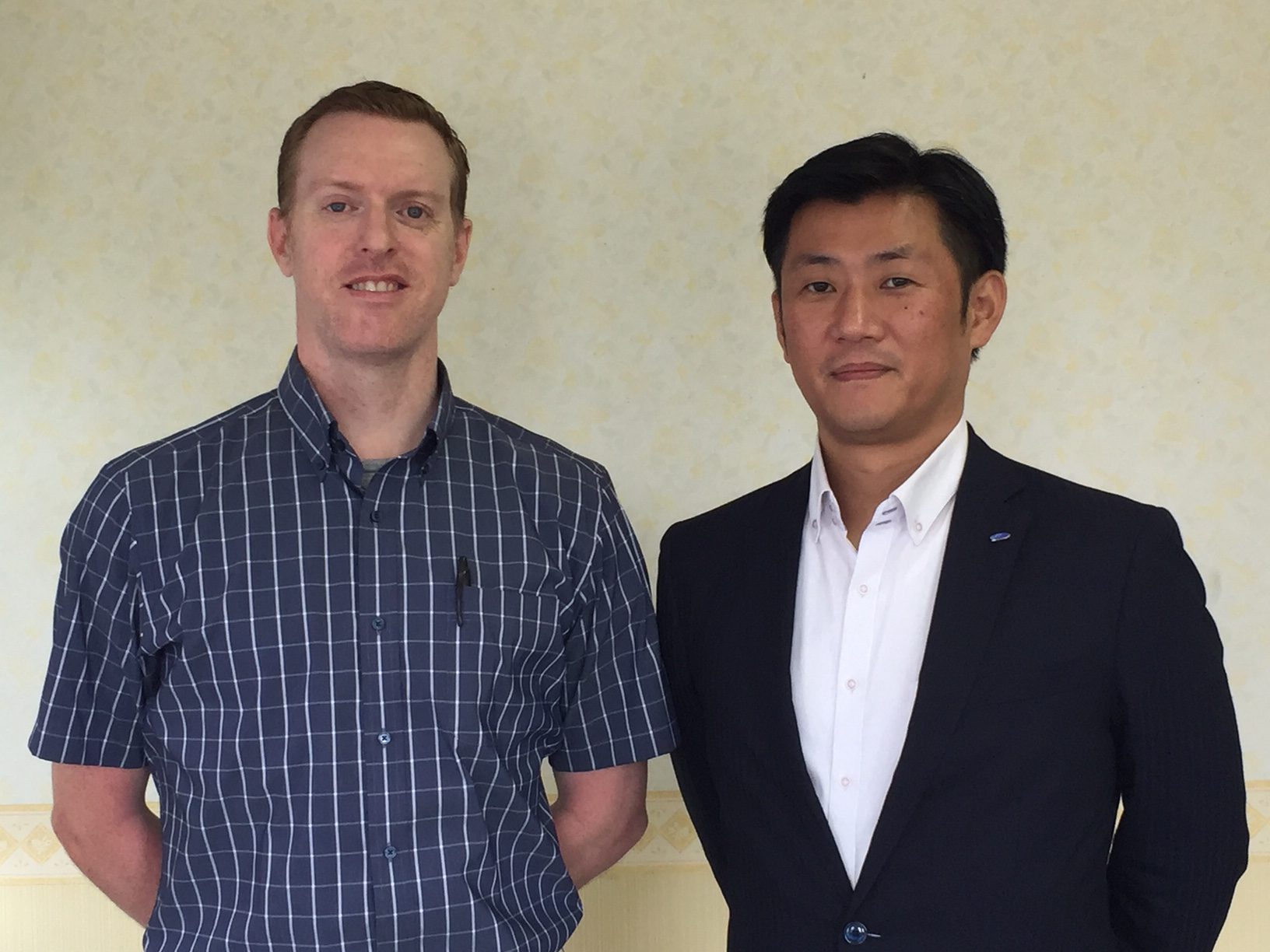 While sitting on the express train for the two-hour trip outside Tokyo, the scenery gradually changes from concrete jungle to a spattering of fields under cultivation and later lager fields separated by occasional rivers gently flowing over natural rock beds as time seems to slow down just a bit and people become a little friendlier. Exiting the one-gate station a few stops past Utsunomiya, it is only a one-minute walk to the head office of Joytalk Co., Ltd., which is located in a small nondescript three-story building.

Founded in 1982, this family-owned business, which is in its second generation of leadership, has blossomed into a fair-sized regional school employing more than 200 foreign English teachers at various locations across several prefectures. There are four fixed school locations in Tochigi and Miyagi including one near Sendai, but the bulk of its business consists of dispatching teachers to various areas in the Kanto region including Tokyo and Saitama, and also the Tohoku region, including Miyagi and Iwate, to a variety of places from elementary, junior high and senior high schools, which are ALT positions, as well as kindergartens and some corporate classes taught at companies where students are taught in the language of their choosing. The company also provides translation services.

The human resources manager, Grant Harbourne, who has been with Joytalk since 2005, describes the school as a warm and friendly place to work with an at-home atmosphere where you will be treated like a person. He emphasized, “People who care about the teachers are there to provide support.” As he described the merits of the school, there was a noticeable sense of professionalism about this business that one would naturally expect with so many decades of experience.

Sitting in on our interview, the company’s owner, Hiroto Tsuchiya, added, “It is common for us to receive feedback from teachers who have moved on to new jobs saying ‘I didn’t realize how nice all the various support you gave had been. My new company doesn’t do those things.’”

Grant shared a story of just how far “support” goes in his job. He described following one of his teachers on a gurney into an operating room. The doctors had insisted that he be there as a translator until the person was under the anesthesia. Not wanting to raise alarm, he clarified that when you are responsible for 200 people there are a variety of situations that will arise as the years go by.  Many of their supporting coordinators would have similar stories to tell about support for their teachers’ life in Japan.

Opportunities for personal growth and development are another key benefit at Joytalk. Teachers initially experience intensive training and orientation before they are put into the classroom. Then, there are follow-up reviews where trainers will visit classes to observe and provide feedback, and there are seasonal workshops as well. This is clearly a company that knows its business well and takes pride in doing a good job.

Starting salaries will run from 200,000-250,000 per month depending the type of classes and number of hours. Mr. Tsuchiya mentioned that the ALT salary advertised and contracted with teachers is the absolute minimum he or she will get. If they can negotiate a better deal with the local board of education, they will raise the teachers’ salary accordingly. ALT salaries will also be a fixed amount each month with only one month in August where it would dip to about 65 percent, if there is little to no work in summer. Approximately six months of the year have some school holidays, which provide substantial time for teachers to explore Japan outside of their jobs, aside from standard paid leave. Most Joytalk positions are outside of Tokyo where living expenses are lower.

In addition to a 24-hour support line that teachers can call when experiencing problems, Joytalk provides active housing assistance to it teachers. Generally this would include renting a reasonably priced apartment for the teacher, furnished or unfurnished, lending any necessary fees and assisting with the move in process, or simply locating an apartment that a teacher could rent on his or her own.

When asked to describe what qualities it was looking for when hiring its teachers, the immediate answer was “flexible, patient, teamwork, energy” followed with, “We want people who are able to take advice and to learn and progress,” and for the children’s classes, “People have got to love working with kids.”

The company frequently hires teachers from overseas via skype interviews, and visa sponsorship is available. At the same time, many of its hires are already located in Japan. There are no specific preferences for gender, nationality or age, but the majority of the teachers are native English speakers while there are a few exceptions with some contracts that allow for well-educated English speakers from other countries. A four-year college degree is a requirement for visa sponsorship as well as for most of the ALT contracts while such degree or teaching qualification is generally desired for most other positions.

Grant’s advice for people wanting to come to Japan to work is, “Be mentally prepared. Research and know as much about Japan as you can, so that you will not run into hurdles and become homesick.” He said the biggest shock that teachers initially encounter is usually the language. Thus, while no Japanese language ability is needed for this job, it would still be advisable to begin to pick up some words and phrases in preparation for coming to Japan.