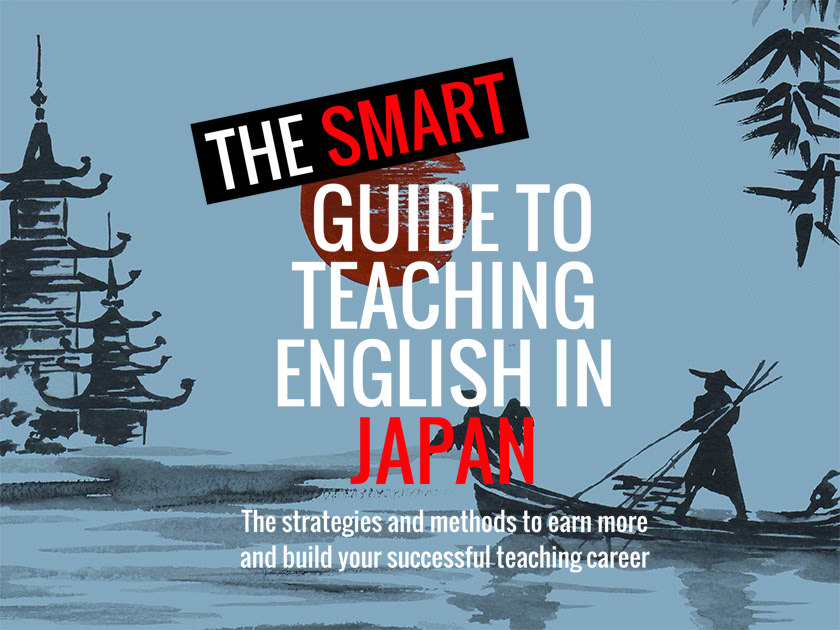 The Roadmap to Level Up your Teaching Career in Japan

You’ve seen all the comments on Facebook, reddit and forums – people who came here during the English teaching bubble telling you that you’ll never have it as good as they did in the ‘90s. They were raking in ¥400,000 and had a subsidised apartment and a free car. They had it made.

People who came here after the bubble burst might tell you now that there’s no chance to get higher paying jobs or a better life in Japan, but they are wrong. Many people will come and go in Japan and never make more than the modern average eikaiwa salary of ¥250k, but for those who learn the lay of the land and build up the qualifications and the career capital, there are more opportunities now than there have ever been.

Some people will never see those opportunities, because the fact is that Japan is a very different jobs market from the West. That’s where The Smart Guide to Teaching English in Japan comes in. Charlie and Martin from Live Work Play Japan have spent years in Japan finding out what works right now, and how to make yourself ready to get hired for the top-paying teaching jobs here. The book talks about the kinds of teaching jobs there are, what you need to get them, how to craft your resume narrative to be a no-brainer candidate, and the strategies they have used to successfully find jobs with top hourly rates. This has worked for Charlie, who is now teaching a few part-time jobs per week but making considerably more money than he was at his full-time job that finished in April 2016.

The Bark is Worse than the Bite

Many of us know that the voice of fear is loud. For people outside Japan this is the fear of moving to a new country and having to figure out how to do just about everything from scratch. You are unlikely to be good at your job at first, and it can feel embarrassing to not know what to do. It’s unlikely that you will make as much money as you would like to at first. At this stage, starting out in Japan, you’d do well to find the kind of job that allows you to grow and learn. The guide will help steer you in the right direction.

For people who are already inside Japan, it is the fear of making a mistake and changing career paths. This can mean going from your stable job that is familiar to a new job that you may not be ready to succeed at. It might even be that you don’t succeed at your new job. When Charlie first went part-time, he wasn’t quick enough to secure his timetable and ended up with only 16 teaching hours per week, and only making ¥220k per month for a little while until he picked up a job at a private school that paid ¥5,700 per hour for 4 hours per week, or an extra ¥75k per month. The guide will show you how to find the kind of jobs that give you work-life balance, and the tactics that work to get both full-time and part-time jobs.

If you’re planning on moving to Japan and looking up jobs on the board now, or if you’ve been in Japan for years and want to start making more money every month, this book is for you.

The book is available on Amazon Kindle and paperback now. Take a look at the page on Live Work Play Japan here to see all you need to know, and answers to all of your questions.