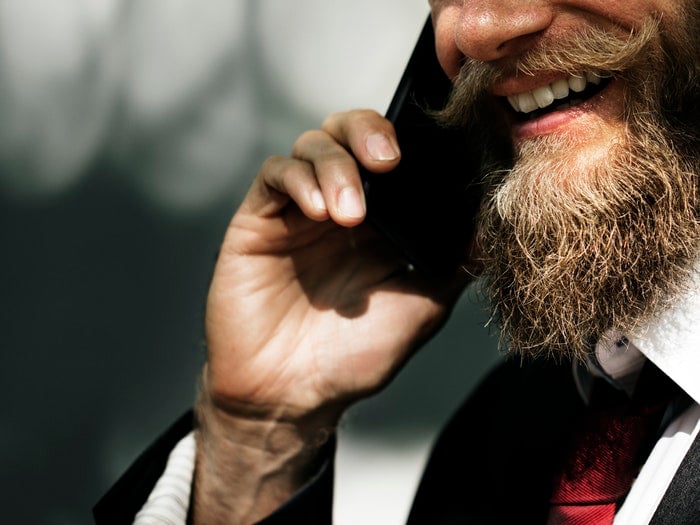 You may have heard that Japan isn’t the most accepting place for people with tattoos and beards. What is considered fashionable and pretty common in western culture is viewed very differently in Japan. There is a noticeable stigma attached to these physical appearances which can make it hard for foreigners when looking for jobs, entering onsens, gyms, swimming pools etc.

When my boyfriend and I decided to move to Japan, myself with tattoos and him fashioning a beard, we were a little apprehensive of the reception that we might receive from job interviews and the general public. I remember being very conscious of covering my arm with cardigans and long sleeved t-shirts when going out and he was very nervous about attending job interviews with a beard. However, after a while I realised that there really isn’t anything to worry about.

Tattoos in Japan, for many years, have been associated with criminals and the Yakuza. Most public facilities such as gyms, swimming pools and onsens will not allow you to enter with visible tattoos. From my understanding, this is an attempt to keep out those gang members who are generally the ones with tattoos in Japanese society. Unfortunately, these rules also apply to foreigners, at least for the time being. There is an opportunity for change to arise due to the Tokyo 2020 Olympics, but I feel if this does happen, the rules would only be relaxed for Tokyo.

Having tattoos in Japan though really isn’t as bad as it is made out to be. I receive no passing comments from people nor do they run from me in fear. Any looks I get showing my tattoos in public are no different from the occasional inquisitive stare you may receive from just being a foreigner in Japan. I don’t cover my tattoos in everyday life but it is necessary to cover for work, the gym and swimming pools.

I was pretty prepared for covering my tattoos at work as this is pretty standard in most jobs anywhere in the world. Even in England, showing tattoos at work can be seen as unprofessional, especially when you work at a school. What I was not prepared for however was the Japanese heat in summer. To keep cool and cover up you could try:

Depending on your job’s dress code and preference, any of these suggestions will keep your tattoos covered while also keeping you cool in the heat. For many of the jobs on the board you’ll want to cover up when you go to the interview. During this time you may want to ask about dress codes particularly in summer, as it’s a little harder to cover those tattoos when it’s so むしむし (humid) outside.

Swimming pools and gyms can be more challenging depending on how many tattoos you have and where they are. Here you could try:

I wouldn’t worry about wearing these things in the pool, no one will approach you and interrogate you over your swimwear choices. The only area to be weary with is in the changing rooms. It’s best not to be seen with tattoos in the changing rooms, especially if your gym is one that made you tick a box confirming you had no tattoos when you joined. I get round this by wearing my necessary covers already to the gym, or getting changed quickly in the toilet. Once you find what works for you then you can fully enjoy your local gyms and pools without fear.

Beards are also seen as unprofessional in the Japanese workplace. Maybe this is because facial hair is not as common among Japanese. It can be seen as untidy and a lot of Japanese companies want to give off an immaculate image to their customers. This is also the feeling with a lot of English teaching companies. Some companies will even list ‘no beards’ as one of their job requirements in an effort to keep their employees looking smart and professional for Japanese customers.

When first looking for a job in Japan and hearing stories from friends and online about getting turned down from jobs due to the appearance of your facial hair, it can be quite nerve wracking and maybe make you want to just shave it off completely. This might be the safer option, since you can always grow it back. If you are really worried about how you will be seen in an interview, whether this is for a teaching job or something in a different field, then shave, you might discover later on that other employees are fashioning beards and you can grow yours back again. After all, interviews are all about giving that perfect first impression and unfortunately part of that is judged on how you look and present yourself.

Or not to shave

However, if you are stubborn or have a stubborn partner, who insists that you shouldn’t have to shave for a job and instead whether you get the job should depend on your personality and skills -then go with the beard. As long as it is kept neat and tidy I think you will be surprised with the amount of companies willing to accept you, especially if you are foreign. In the case of my boyfriend, he hasn’t encountered any problems being hired by companies or had anyone mention the fact that he has a beard while in an interview. Whether you want to shave or not is entirely up to you, but just remember that if you are worried about the reception you receive having a beard then you may be pleasantly surprised.

If you are coming to Japan with these preconceived notions that beards and tattoos are taboo then I hope to have given you some reassurance and confidence as it really isn’t treated as badly as you may think.

Do you have a beard or tattoos? Tell us your experience in the comments below.