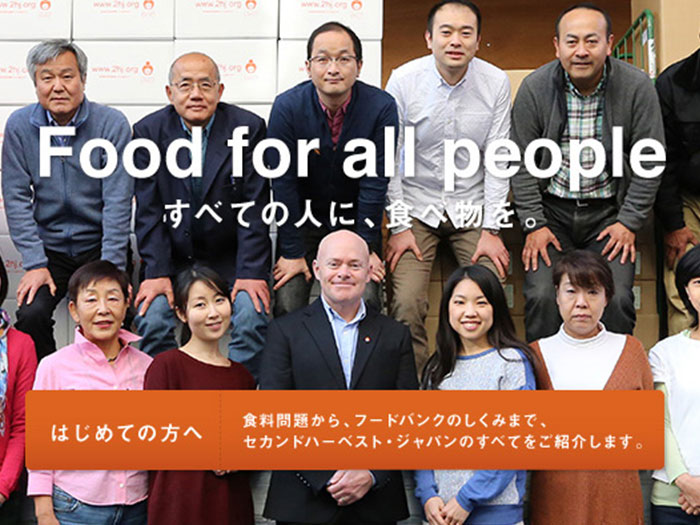 Are you looking for a way to meet people, practice Japanese, try something new, and be a useful? If so, then we would like to introduce you to one of Jobs in Japan’s favorite charities, Second Harvest Japan; the first incorporated food bank in Japan (2002).

Second Harvest Japan receives food donations and delivers it directly to those in need and the many social welfare institutions, nonprofits, and faith-based groups that serve them. They also respond to natural disasters, the most recent one in Kumamoto. Since 2002 they have signed agreements with 1,142 companies (12/1/16).  They play a vital connection between the immense surplus of food and those in need.

While Japan has a wonderful health-care safety-net, the same cannot be said for those need to accessing food in times of need. In Tokyo there are as little as 40-50 groups providing a meal once week compared to New York City with 1,100 and even nearby Hong Kong with 520 places one can access food throughout the week. Second Harvest Japan is working to create a food safety-net for Tokyo by 2020 so that 100,000 people have access to food.

Japan has probably the highest standards food in the world. Each year over 3,200 people in the US die from food-related sickness. In Japan, this number is less than five. To get to that low number you need to have Nasa-like standards for food. The results is a relatively high amount of food loss (annually about 3-5 million tons). This is where Second Harvest Japan can step in an provide a safe way for companies to get their food donations to those in need.

Most work at Second Harvest Japan does not require Japanese and many staff are bilingual. Volunteer shifts are usually about two hours and they have opportunities Monday – Saturday. Many foreigners who volunteer say it is a great way to meet new people and practice Japanese.

For more information go to http://2hj.org/english/support/time/