A Key Resource for Foreigners to find Jobs in Japan.

Started in 1998, JobsinJapan.com has been a key resource for expats working in Japan and those wanting to work in Japan. With constantly updated jobs in all industries, we aim to provide the widest selection of employment opportunities on the face of the internet.

Our goal is usefulness for job seekers, and that is why we offer one of the most competitive and low rates for posting a job advertisement in Japan. We want a huge selection of jobs, and not just for the big companies but the little ones too.

Small to medium sized businesses, large corporations, or tiny schools with five employees – everyone can afford our rates and get qualified employees eyes on their job ad.

JobsinJapan.com was started in June of 1998 by American James Gibbs, who had been living and working in Japan in intermittently since 1985.

The initial idea to create a “guidebook” to living and working in Japan and James had compiled a lengthy list of 300-400 schools that had been hiring and found himself constantly making photo copies to give to newly arriving foreigners who were looking for work. Additionally hours would be spent in coffee shops, restaurants and over the phone explaining the ropes to new arrivals on what they needed to do for all sorts of things from finding a place to live, finding a job, getting a visa, socializing, local customs, etc.

In 1998, the 567-page Guide to Jobs in Japan was published receiving wide praise and scores of direct personal testimony from people saying the book was instrumental in finding their job in Japan and changing their lives.

James also took to the internet in 1998 creating www.jobsinJapan.com and moving all the information to the web. The job listings expanded and within a couple of years there were as many as 500 job listings on the site.

JobsinJapan.com was unique among major sources of job listings in that it was an entirely free service to use for employers and job seekers surviving only on paid banner advertising and then value-added listing for employers that wanted more exposure.

With job seekers and employers demanding more functionality, we compiled their advice and relaunched the site as you see it today.  Always free for the job seekers and reasonable……may we say “cheap”…..rates for our employers allowing for a wide variety of jobs.

Now some 20 years later, we are still focusing on our initial mission of helping foreigners find Jobs in Japan.

Jobs in Japan offers amazing support and has helped us find talented, international staff over the past few years. We’ve hired for a number of different positions, from technical to creative, and Jobs in Japan’s wide pool of candidates has helped us build a strong team for our growing company. The platform’s continued development also means screening candidates is getting easier and easier – we highly recommend you start your search here!

Jobs in Japan provides the most professional yet highly personalized employee recruitment service I have come across in Japan. It is highly effective and delivers at a very reasonable rate whilst maintaining a wide pool of job-seekers including qualified and experienced teachers. The resumes/applicants gathered are not restricted after the job posting which is a particularly helpful point and their customer service is second to none. 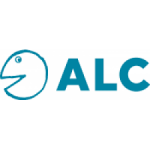 JobsinJapan.com a very powerful and useful resource for organizations that desire to find qualified individuals to fill their demands quickly. 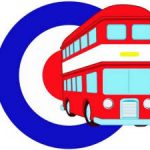 With Jobsinjapan.com running the employment service for the English Teachers in Japan organisation, this is our source for hiring teachers for our schools and franchises. It has everything we need, makes our job easier, more efficient and saves us time, all at a very reasonable listing price.

We have tried four different hiring resources in the last year with excellent results using Jobsinjapan.com for a variety of hires from sales to technical staff. Very satisfied. 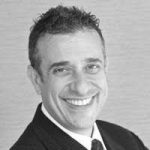 I am a major fan of Jobs In Japan. We use their service often and have had tremendous results when it comes to finding talented international staff. Their reach is both local and far beyond the existing talent pool on the shores of Japan. Several of our hires have accessed our offers in their home countries through this platform, interviewed through video chat and ended up working for us here in Tokyo. Our company does digital and brick and mortar shops and Jobs In Japan has been hands down the most effective recruiting tool we use to staff our operations.