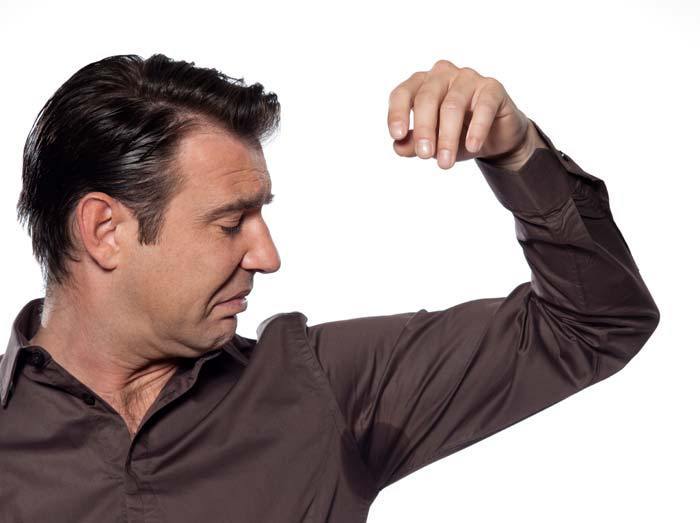 The Summer heat continues to linger on and many of us foreigners consider this to be the most unbearable season in Japan.

A Japanese English school owner (female) asked me the best way to tell a foreign teacher (also female) that she has terrible body odor. Not only has the owner noticed it, many of the students and parents as well.

The owner has made hints and posted notices on the board reminding all teachers about good hygiene but to no avail. She asked us how to handle the situation and is trying to be careful with what may be a sensitive topic. (there is no complaint about the teacher’s ability or professional conduct).

How would you handle this situation? Here are the comments (advice) that I had collected from various foreigners who own/operate English schools in Japan. I will add the prefix of “male” or “female” to indicate the gender which the advice was given. Enjoy

Don’t make a big deal about it but she has to say something–because the students certainly will. It might be the clothes— you know how some clothes get a bad odor that stays? Blame it on the clothes. (indirectly as a hint)

Before saying anything maybe it is best to also consider if it is a cultural or medical issue. Both require additional sensitivity.

I have students at a sports university and sometimes they have body odor, but the cause could just be from the workout. If they have bad breath to go with it, then I usually ask them about their diet.

Tell them a student ‘mentioned’ it..

Tell them a parent mentioned it

Start off with a compliment and then address the issue directly.

Say it directly. During the contract signing process I mention our rules – don’t be late / no show, don’t drink before classes, don’t stink.

After complimenting the teacher’s hard work and effort, I would mention that Japanese products aren’t made for them and are quite ineffective on Westerners. I would offer suggestions on what products other teachers may have recommended.

Our school has polo shirts and we require teachers to change after they arrive at the school and have had a chance to cool down (some cycle to the office and some just are out of shape and sweat walking up a flight of stairs). We have extra shirts prepared.

Japanese wet body tissues are amazing which we have at our school. Perhaps offering one to her will help the teacher to understand.

If they already know then they should try (female owner’s) suggestion regarding foreign made deodorants.

If they don’t know they should be happy you told them ( I would!) because it will help them in the future.

If it’s a medical condition then it gets difficult and diet might be a suggestion.

Please try to be very sensitive. In a recent episode, a male manager had to tell a prospective female teacher (about to be hired) about her body odour, using the above mentioned strategies (private conversation, short, clear but indirect and not blaming her, in a warm manner, etc.), and it did not go well. She took it badly and felt humiliated even though all caution was used. She disappeared after that. Very tricky.

Just tell them, but do it short and sweet: “This is uncomfortable to say, but you have strong body odour. Please do something about it”. Then stop talking. They will probably be embarrassed (who wouldn’t?), but regardless of how they respond, don’t try to make them feel better (they won’t) – the more you talk, the more uncomfortable it becomes for both people.

I’ve done it before. Directly. I said something like: “Japanese deodorants don’t really work well. And, I’m afraid you need to find a solution because you have strong body odor. This is a deodorant I use”. And handed over a UK bought deodorant.

Just be frank, honest and offer a solution. Vitamin D deficiency can also cause it BTW

It is important to understand the reason for the body odor. If it is merely hygiene, please refer to the above comments. But, there sometimes are health reasons for a specific odor.

I once had an employee who was obese, and that scent was thick…in any room she had recently been in. She left my school before I broached the conversation, but I know she was deeply concerned about it. She would spray her classroom with air freshener so that it masked the competing odor.

At the time, it hadn’t occurred to me that the smell was an indication that she needed to get medical attention. Had I realized that, I might have had an easier time talking to her about it because I could have approached her in an emotionally supportive role.

I will say from personal experience that sometimes shirts get that odor and you just need to throw them away. Nothing can be done to get the shirt smelling OK again.

If you have any questions which you would like for us to ask our network of friendly foreigners who own/operate English schools in Japan, please let us know.

Peter is active in the ETJ (English Teachers in Japan organization), a member of JALT’s School Owners SIG and currently on the Board of Directors of the Tokyo Association of International Preschools.

Why is my job getting so few applicants?