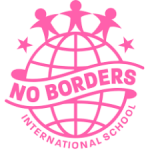 Inspection and loading of boxes – Factory work with monthly income over 310,000 yen possible

Receiving and preparing parts boxes for shipment (Saturday and Sunday off) 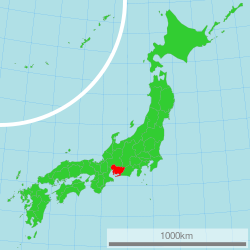 Formed from Mikawa and Owari Provinces at the time of the Meiji Restoration, Aichi is a mostly urban prefecture in the Chubu region of central Honshu where the third largest city in Japan, Nagoya, is located. Aichi has a large population of 7.5 million with 2.3 million of those people residing in the capital, Nagoya, and 6.9 million in the greater metro area. Aichi has the largest cluster of Japanese Brazilians (67,000 people) with neighboring Shizuoka second at 42,000 and then eight other prefectures in a distant third with populations ranging from 10,000-18,000. Aichi has a humid subtropical climate with hot summers, cool winters and rainfall throughout the year. With its eastern border facing the Pacific Ocean it is home to the very large Nagoya Port.

Aichi has particularly notable place in Japanese history with all three of the generals who unified the nation at the end of the Sengoku Period (Waring States Period) being born in Aichi and having their power bases there. The first two Oda Nobunaga and Toyotomi Hideyoshi were both born in Nagoya while the third, Tokugawa Ieyasu, who founded the Tokugawa Shogunate, was born in nearby Okazaki, Aichi.

Aichi has clusters of manufacturing facilities in several industries such that it had long led Japan in volume of manufactured products shipped by prefecture. With Toyota Motor being headquartered in Aichi, there is a myriad of production facilities of group companies and other suppliers. There is also significant production of aircraft, heavy industry, machinery, electronics and all assortment of other products. Additionally, Aichi has a long history of production of handicrafts such as Arimatsu and Narumi dyes, geta clog straps, enamelware (shippo), candle wax, silk dyeing (yuzen), festival dolls (sekku ningyo), Nagoya obi (sashes). Then, there are about 300 English conversation schools that hire native English teachers and about half as many other types of educational institutions that may employ foreign teachers.

The two most popular sites to see in Nagoya are the Atsuta Shrine and Nagoya Castle. Atsuta Shrine is the second-most revered shrine in Japan, after the Ise Grand Shrine. It holds around 70 festivals per year and is home to over 4,400 national treasures covering a period of 2,000 years. Nagoya Castle was restored after WWII and is considered to be a symbol of Nagoya. Other things to see in Nagoya include the Nagoya Port area with a themed shopping mall, Italia Mura, and the Port of Nagoya Public Aquarium; Higashiyama Zoo and Botanical Gardens; Higashiyama Sky Tower; Nagoya TV Tower; Legoland Japan; the Osu shopping district and nearby temples, Osu Kannon and Bansho-ji; Danpusan Kofun (burial mound); the Nagoya/Boston Museum of Fine Arts (N/BMFA); the Toyota Commemorative Museum of Industry and Technology; the Tokugawa Art Museum and the Tokugawa Garden; the Nagoya City Science and Art Museums. Outside the capital there is Kiyosu Castle, Meiji Mura and many fine beaches such as Himakajima Beach, Shinojima Beach, Akabane Beach, Utsumi Beach.

Aichi is said to have its own special food culture based on unique fermentation of several products like miso, soy sauce, mirin, etc. Aichi miso in particular is said to become better with boiling such that there are many stewed dishes like miso katsu (pork cutlet with sweet miso sauce), miso-stewed udon (firmer than regular udon), doteni (miso tripe stew), miso oden, etc. Eel is popular and eaten in the Kansai style, grilled on a skewer without steaming and usually on top of rice or “hitsumabushi.” Kishimen, boiled, flat udon noodles in a soy-sauce broth topped with spices, fried bean curd, fish cakes, bonito flakes, etc., is a centuries old Nagoya food among the common people. Other local foods include tebasaki karaage (deep dried chicken wings in a sweet/spicy sauce and topped with sesame seeds), ankake spaghetti (thick noodles fried in lard topped with a thick sauce of stewed tomatos, onions and spices with a variety of possible toppings, Nagoya Kochin (specially raised local chicken), ten-musu (small rice balls filled with deep fried prawns).