Teach English in Northern Kanto as an ALT Spring 2023 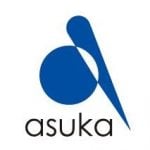 English Teacher for children at Discovery from 2023- with promotion opportunity 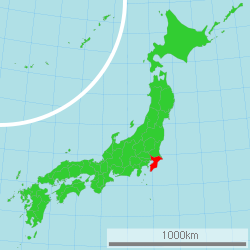 Chiba is one of the four main prefectures that borders the Tokyo Metropolitan area. As such its western side is essentially a suburb of Tokyo with many of these residents making daily commutes to Tokyo, which can be as short at 20-25 minutes by train to central Tokyo either by the Keiyo, Tozai, Sobu, Joban or Shinjuku Lines. Rents in these areas are considerably less than in Tokyo itself. Then, the eastern side is mainly comprised of the Boso Peninsula, which is a mostly rural, slightly mountainous area known for its beaches on the Pacific ocean side. Then Chiba’s Tokyo Bay shoreline is strewn with port facilities and a variety of industrial and logistics facilities that make good use of these ports.

Chiba Prefecture has a population of 5.1 million with its capital and largest city, Chiba, having a population of nearly one million people. Other large cities with populations of about 500,000 are Funabashi City, Matsudo City and Ichikawa City. Tokyo’s main international airport, Narita, is located out in the Chiba countryside, about 50-60 minutes by express train from central Tokyo, so people with Chiba addresses are able to enjoy shorter times to the airport when traveling abroad. Two of the Kanto area’s primary rivers, the Edogawa and the Tonegawa, flow through Chiba and out to the sea. Each of these have paved embankment trails, which make nice courses for walking, jogging and cycling. Cyclists can take these paths inland for almost 100 miles on each river.

Chiba ranks sixth in Japan’s industrial output with petroleum, chemicals, steel and machine industries accounting for nearly half of this output. Significant land reclamation has taken place extending the shoreline well into Tokyo Bay with many large-scale factories, warehouses and docks being located in this area referred to as the Keiyo Industrial Zone. Brewing, e.g., soy sauce, sake, mirin, etc. is a more traditional local industry. Chiba has more than 200 English conversation schools that hire native English speakers and about half as many other types of educational institutions that may employ foreign teachers. For people with proper visas, hospitality-related jobs at hotels are available on the Pacific coast line and at ryokans and onsens as well as at scenic areas throughout the Boso peninsula. Then, service-related jobs are available throughout the prefecture in proportion to the population as well as industry-related jobs, particularly near the ports on Tokyo Bay.

The 300-year-old Sawara no Taisai Summer Festival (mid-July) in Katori City, which is the largest festival in Chiba with nearly 400,000 people attending. Ten traditional festival floats with stately carvings parade through the city streets to Sawara Hayashi music. This same city holds the Sawara no Taisai Autumn Festival (mid-October) with a quarter of million people attending. With 14 parade floats over a three-day period, this is said to be one of the three greatest parade float festivals in the Kanto area. Traditional Hayashi music is played, and local food is served at stands. The Ohara Naked Festival (third week of September) is attended by 80,000 people. Here scantily clad men carry shrines through the city streets and out into the tides to pray for bountiful harvests and catches. Then, twice as many people attend the Katsuura Big Doll Festival (late February/early March). The steps of Tomisaki Shrine are covered with 1,800 hina dolls and lit up at night. There is a children’s doll parade and various related events, food stalls, etc.

Much of “Chiba Cuisine” is centered around sea food from the port cities in the eastern part of the prefecture. Namerou, a local dish from the southern Boso peninsula, is a mixture of fish such as sardines and horse mackerel, miso and shiso leaf. Kujukuri has sesame sardines, which is mirin-seasoned dried fish topped with black sesame seeds, and Tateyama features seared seafood on rice. Shell fish from area rivers emptying into the Pacific Ocean are featured in Fukukawa-don from the Urayasu area, which is clams fried in Kyoto oil and boiled with shallots and soy sauce, and served on rice. In Choushi freshwater clams are cooked with onions, egg and shoyu and served on rice. Local ramens includes Katsuura Tan Tan Noodles, which has a shoyu-based broth with chili oil, onions and minced meat, and Gau Ramen, which uses ginger, milk and cream cheese. There steamed peanuts (yude rakkasei), which are widely grown in Chiba, is a popular local snack.