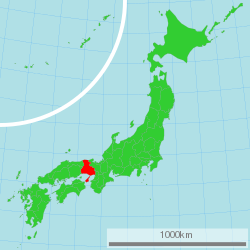 Hyogo is a large prefecture that forms the western edge of the Kansai region, Straddling Honshu with borders on both the Sea of Japan and the Seto Inland Sea its urban areas make up the western side of the Osaka-Kobe-Kyoto metropolitan area. Its Awaji Island also borders the Pacific Ocean. Formed from the provinces of Harima, Tajima, Awaji, and parts of Tanba and Settsu after the Meiji Restoration, Hyogo has a population of 5.6 million with 1.5 million of those people residing in the capital city of Kobe. The climate is humid subtropical with hot summers and cool to cold winters. While protected from direct typhoon hits, a major fault line runs near the capital, Kobe City, so there tends to be a major large earthquake every half century or so.

Being an excellent port city, Kobe was historically a gateway to Japan with foreign traders establishing facilities and residences in the area. This centuries-old cosmopolitan persona has continued into modern times with many foreign companies as well as Japanese companies setting up headquarters, production and research facilities in the area, which has abundant foreign schools, churches, restaurants, associations, etc. in addition to more reasonable real estate prices than Tokyo. As such, Hyogo has over 100,000 foreign residents.

Today the largest industrial sectors are small appliances, food products, transportation equipment, and communication equipment. At present Hyogo has the fourth largest presence of headquarters for foreign capital companies in Japan, including Procter & Gamble Japan K.K. Nestlé Japan, Ltd., Ely Lilly Japan K.K., etc. Agriculture, fisheries and forestry are also a big part of the local economy with the area’s most famous product being Kobe beef, the original wagyu, which are cows fed beer and rice, massaged and given little exercise and now emulated in most other Japanese prefectures under the name wagyu or Japanese beef. Then, there are well over 200 English conversation schools that hire native English teachers and about half as many other types of educational institutions that may employ foreign teachers.

Things to do in Hyogo with its large metropolitan area of Kobe are too many to list but some of the major ones are Himeji Castle, a UNESCO World Heritage Site, Yumura Onsen, Kinosaki Onsen, Takarazuka Revue (an all-female theater group, famous throughout Japan for more than a century), Meriken Park (a waterfront park in Kobe), etc. Shrines and temples listed at National Treasures of Japan include Jodo-ji in Ono, Ichijo-ji in Kasai, Kakurin-ji in Kakogawa, Taisan-ji in Kobe, Choko-ji in Kato and Chorakuji in Kami. Some of the main museums include the Hyogo Prefectural Museum of Art in Kobe, the Kobe City Museum, the Kobe Maritime Museum, the Himeji City Museum of Art in Himeji, Asago Art Village, and the Ashiya City Museum of Art & History.

In addition to marbled Kobe beef famous around the world, very expensive and needing no introduction, Hyogo is also known for some of the following dishes: oden, which is a soy-sauce-based soup of stewed marine products, boiled eggs, root vegetables, etc.; butaman, which are steamed pork buns with minced pork and green onions inside, are a famous local dish from Kobe; sobameshi is traditional fried soba noodles in a sweet sauce but with rice mixed in along with chicken or pork, spring onions and sometimes with a fried egg on top; akashiyaki is like takoyaki (octopus dumplings), but these fluffy balls of batter contain broth with kelp and bonito flakes; and taimeshi, which is sea bream served with steamed rice.