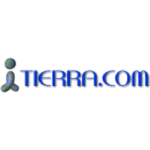 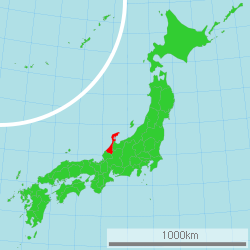 Known as Kaga and Noto Provinces before the Meiji Restoration, Ishikawa is a mostly rural prefecture in Japan's Chubu region lying roughly in center of Honshu facing the Sea of Japan. It has a population of nearly 1.2 million with nearly half a million of those people living in the capital city of Kanazawa. The area has a humid continental climate with hot and humid summers and cold winters with heavy snowfall. Ishikawa is known as "the real Japan" and its capital city, Kanagawa, has been referred to as "Little Kyoto."

Two-thirds of the products shipped from Ishikawa consists of machinery and metals such as displays, PCs peripherals, bottling machines, machine tools, textile machinery, etc. Then, textiles and food products come next with less than 10 percent of the market for each while IT-related businesses are showing remarkable growth. Other local products include agriculture, fishing, and handicrafts such as Kutani ceramics and gold leaf production (Kanazawa-haku). Kanazawa produces nearly all of Japan's high-quality gold leaf, which is widely used in Kanazawa handicrafts. There are about 40 English conversation schools that hire native English teachers with most of them located in capital city and about half as many other types of educational institutions that may employ foreign teachers.

As Kanazawa was one of the few cities spared bombing during WWII, many prewar buildings still exists today with much samurai, geisha and other cultural areas and historical architecture still in tact. In Kanazawa City, Kanazawa Castle and the adjacent Kenrokuen Garden (one of the "three great gardens of Japan") are the most famous tourist attraction. Other places to see include the Omicho market in the city center (dating back to the Edo period), Oyama-jinja Shrine, an Important Cultural Property, Kanazawa's Myoryuji Temple (traditional temple architecture with hidden doors, passageways, and hidden escape routes.), Mount Utatsu (offering a great view of Kanazawa City with Toyokuni Shrine, Utatsu Shrine, Atago Shrine on the mountain), the 21st Century Museum of Contemporary Art, Ishikawa Prefectural Museum of Art, the Kanazawa Yasue Gold Leaf Museum, etc. Outside the capital there the Kaga hot-springs district, Mount Haku, Shibayama Lagoon in Kaga City and the Morning Market in Wajima.

Hyakumangoku and Asanogawa Enyukai are the two major festivals held in Kanazawa. In early June, the Hyakumangoku Festival features a reenactment of Lord Maeda Toshiie and his entourage entering Kanazawa City. Parade participants are dressed in 16th-century costumes, and bon dances are held in the evening. With the Asanogawa Enyukai in mid-April, traditional dances and performances, including Noh which originated in Ishikawa, are held on the banks of the Asano river under cherry blossoms. Outside the capital there is a Wajima Taisai from August 22 to 25 when 10-meter-high kiriko lanterns with lacquer coatings are carried through the streets with omikoshi (portable shrines). There are festival foods, drum performances and a seaside bonfire in the evening. In Ushitsu, the 350-year-old Abare (Rampage) Festival or sometimes referred to as the “Fire & Violence Festival,” is held in July, during which time going crazy is okay. The way this works is that the more insane your behavior is the more the gods will be pleased.

Food in Kanazawa referred to as Kaga Cuisine with much of the focus on seafood. Jibu-ni is a thick stew with duck meat coated in flour, seasonal vegetables and sudare-fu (wheat gluten). Hasu-mushi is grated lotus root that is steamed, covered with a thick broth and shrimp, gingko nuts, etc. added. Gori Ryori features a sweetened soy glaze (gori tsukudani) on things like tempura. The winter specialty kabura-zushi is made from turnips preserved with salt and slices of amberjack together with thinly cut carrots and kelp, and cured together in malted rice. It is a local specialty during the winter months. Tai no Kara-mushi is steamed sea bream (tai) that has been stuffed with soy pulp. This generally reserved for celebrations like weddings. For desert Kanazawa is famous for its wagashi (Japanese confections), which are works of art intended to appeal to all five senses, and the area is well known for its high quality sake production.