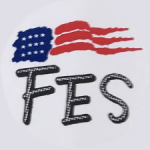 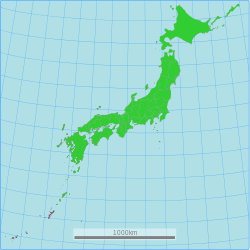 Okinawa is Japan's southernmost prefecture and consists of a chain of 160 islands (48 of them uninhabited) stretching about 500 miles in length. Historically independent of Japan with its own customs and language, the Ryukyu Kingdom had ties with China and Japan, but gradually fell under the control of the latter with its current day society heavily Japanized with only traces of its Ryukyu heritage. The prefecture suffered greatly during WWII and local resentment continues to this day, particularly in regard to the 25,000 U.S. military personnel stationed on Okinawa.

Life in Okinawa has been said to resemble that of living in Hawaii. The two places lie at the same latitude with similar climates although Okinawa gets hits by three or four typhoons each year, which is a less frequent occurrence in Hawaii. Nearly 1.5 million people live in Okinawa with nearly 1.2 million of them residing in or near the capital, Naha City. Like Hawaii, tourism is the main economy of Okinawa with more than eight million people visiting annually. Then there is some fishing and agriculture along with support services provided to the large U.S. military presence, which consists of more than 50,000 people including support personnel. There are bout 50 English conversation schools that hire native English speakers along with half as many other educational institutions that may employ foreign teachers. Then, the hospitality industry provides all assortment of jobs to foreigners who have a proper visa for working, namely working holiday, spouse, etc.

Aside from the beaches and plethora of marine activities, Okinawa has many historical sites including Shuri Castle in the capital, WWII battle sites and uncountable caves to explore. Other things to see include the Okinawa Prefectural Museum, Kokusai-dori (International Avenue), which is a 1.6-kilometre-long stretch of stores, restaurants and bars, and its adjacent Heiwa-dori covered shopping arcade and Makishi Public Market, which is huge shotengai with stands selling fresh fish, meat, and produce, restaurants, and tourist shops.

Naha Festival in October is the prefectures huge matsuri with 275,000 people attending the October event, which includes a giant tug-of-war with 25,000 participants pulling on a rope weighing 40 metric tons. The Naha Hari, where fishermen compete in boat races, is held annually in May, and the Zento Eisa Festival is a large summer matsuri with 300,000 people attending and featuring folk dances, performances and fireworks.

Like Hawaii, Okinawa cuisine is going to feature a wide variety of fresh ocean bounty. Other specialties include soki soba, which is served with stewed pork spare ribs, goya chanpuru, which is tofu with vegetables, meat or fish and rafutee, which is a bacon-like food that is seasoned with a ginger stock and awamori. In addition to all assortment of tropical fruits, Okinawa is famous for using the vegetable goya (bitter melon) in its cooking. While its bitterness is generally a turnoff to visitors, it is said to have a variety of medicinal property and cited as a possible reason for the unusual longevity of Okinawan people, higher than in any other part of Japan. Locally produced molasses with high mineral content from the volcanic soil is also said to contribute to good health.