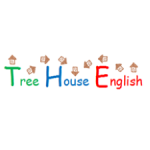 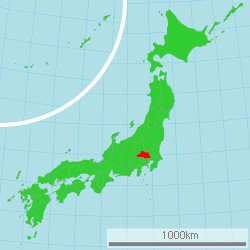 Known as Musashi Province up until the Meiji Restoration, Sataima is one of the four main prefectures surrounding central Tokyo and functioning as a suburb of the capital. While it had historically been mostly a farming region that supplied food to Tokyo, Saitama has grown significantly in postwar years with many Tokyo commuters taking advantage of lower land and rent prices in Saitama. At present it has a population of 3.8 million with most of these people residing in the eastern part that is easily accessible to central Tokyo via multiple direct train arteries into the city.

The climate is humid subtropical with hot and humid summers and cold winters with occasional light snowfall, generally a little colder and cooler than Tokyo in the winter and summer, respectively. Although Saitama experiences the same earthquakes Tokyo does, it is slightly less affected as it is further away from the major fault lines.

Saitama varies from fifth to seventh in Japan for manufacturing output with nearly 30,000 manufacturing locations. Leading products include automobiles, pharmaceuticals, metal casting, mould making, optical devices and precision machinery. Iwatsuki is famous for its manufacture of hinamatsuri dolls and ornate samurai helmets (kabuto), and Saitama itself is world famous for its Bonsai plants, particularly in Kumagaya and Omiya. With Tokyo suburbs extending into its eastern portion, most agriculture has been relegated to the western side. There are well over 200 English conversation schools that hire native English teachers and about half as many other types of educational institutions that may employ foreign teachers.

The three main festivals in Saitama are as follows: The 270-year-old Kumagaya Uchiwa Festival or “Fan Festival,” which is said to be the best Gion Festival in Kanto, is held in July. It features 12 floats (dashi) and groups of flutes and drums battling each other and has about 750,000 people attending. The 360-year-old Kawagoe Hikawa Festival is on the third weekend of October in Kawagoe City with about one million people attending over two days. The Chichibu Night Festival, which is considered to be one of the top three float festivals in Japan, is held annually on December 2 and 3. It features very large floats, viewable year round at the Chichibu Festival Exhibition Hall, and fireworks.

The specialty ramen in Saitama is tofu ramen from Iwatsuki City, which is made with a starchy sauce and minced beef on noodles in a soy sauce soup. Local udons include hiyajiru udon (cold soup udon) with sesame seeds, cucumbers, and other seasonable vegetables; and kawahaba “wide river” udon from Konosu City with very unique eight-centimeter-wide udon sheets (rather than noodles). Similar to okkirikomi in neighboring Gunma, niboto is a soup of wide hand-cut noodles in a broth of mirin and shoyu with spring seasonable vegetables, spring onions, taro, etc. There is a tomato Curry, which prominently features unique tomatoes of the Kitamoto area and has a sweet acidic taste with rice colored red from tomatoes. Miso Potato from Chichibu is ordinary potatoes with a sweet and salty miso sauce on top. Jelly Fries are a mixture of potato and okara made into oval-shaped patties and fried. For desert there is Igamanjuu, which is rice is cooked with azuki beans packed around a steamed bun with sweet bean jam in the middle.