Our ALT staff are talented, outstanding individuals, who not only teach, but act as cultural ambassadors. The positive impact of this upon the next generation cannot be overestimated.

Established in 1989, RCS Corporation was the first company to dispatch ALTs to public schools in Japan. Pioneering the industry, becoming an ALT dispatch company was not the company’s outright intention.

RCS Corporation started out as a Juku, or cram school, in Yorii, Saitaima. Shortly after establishing, RCS was contacted by a local school that needed a foreign teacher to teach English. As RCS was already employing foreigners to work in the cram school, they had someone available. This experience opened the door to what would become RCS Corporation’s main enterprise; supplying ALTs to public schools across Japan.

In April, 2019, Raymond Schaumleffel took over as CEO of RCS Corporation. Raymond was fortunate enough to spend his youth dividing his time between the US and Japan. He has been through both education systems, learned both cultures, and as a result, has a broad understanding of global education. 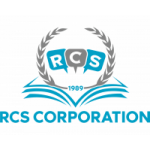