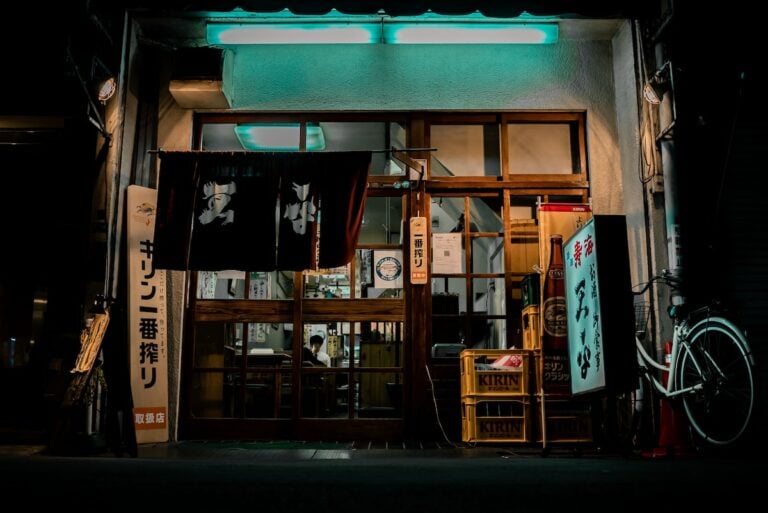 An izakaya is one of the best ways to spend an evening in Japan. You can wind down with a couple of beers, or get adventurous sampling the smaller dishes you’re unlikely to find elsewhere and it’s a great way to get to know your coworkers.

But visiting your first izakaya can seem a little overwhelming, as it is quite different to a regular pub or bar. Here we’ll take a look at the wonderful world of izakaya, to help you overcome that worry and find your new favorite watering hole.

What is an Izakaya?

The word izakaya is often translated as “Japanese-style pub” or “Japanese tavern”, but neither of these descriptions quite do it justice. Those translations are understandable when you need to explain it in a short sentence, but what is an izakaya, really?

At its most basic description, an izakaya is a place where you can sit and drink alcohol and eat food. The three kanji characters () literally mean “to be”, “alcohol” and “place”!

At an izakaya, you would usually be seated, and unlike a pub or bar, where drinking takes the focus, you will generally have a constant stream of small dishes coming to the table.

Again, unlike a pub or bar, your interactions with other customers are usually quite limited, and most people frequent them with friends or coworkers.

One of the great things about izakaya is their tabehodai (all-you-can-eat) and nomihodai (all-you-can-drink) menus. Usually, you’ll pay a set amount of money, and for a set amount of time (often 1-2 hours) you can order as much food or drink as you want from the designated menu. Of course, the drinks are often weaker than the ones you might get on the normal menu, but they’re just thinking of your liver! 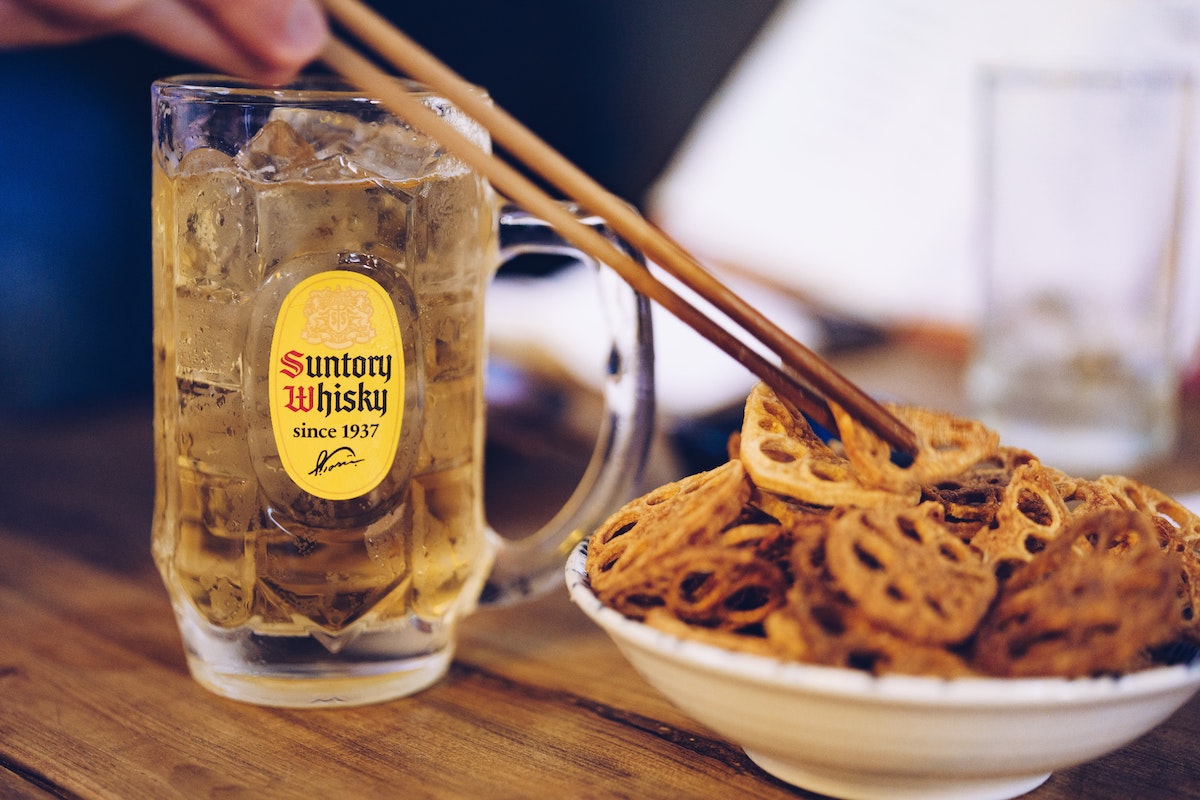 While the above is a general description of izakaya, of course there are some variations.

A notable variation is the tachinomi (ちみ) style, which literally means “standing bar”. While some might put this in a category all on its own, tachinomi spots share a lot in common with izakaya. You get small plates of food and can get your fill of drinks. While the obvious difference is that you are standing, it also differs from regular izakaya in that they are usually cheaper. You can also easily visit one by yourself or make a short stop before hopping to the next.

Other types of izakaya are less distinct. You might find some chain izakaya with regular tables and touch screens to order your food, or you might find smaller establishments where you sit on the floor and have to flag down waiters.

You might also stumble across pockets of izakaya gathered in one place, such as the famous Golden Gai in Shinjuku. In these more concentrated areas, the izakaya may be smaller, but are much easier to visit alone or with one other person. In Golden Gai, you can easily hop from one place to the next and meet new people along the way in the tiny one-room izakaya. Admittedly, sometimes these areas tread a fine line between izakaya and bar, though!

Lastly, there is no shortage of up-market izakaya either, especially in the big cities. These typically have a more hushed atmosphere and have separate booths instead of big open spaces shared by everyone.

Prices can vary wildly from izakaya to izakaya. Tachinomi izakaya are the cheapest option. Drinks are usually 300-400 yen. Next are chain izakaya like Torikizoku and Kin no Kura. At Torikizoku every drink and dish is 300 yen. At Kin no Kura, dishes range from 300-700 yen, and drinks are around 500 yen.

Finally, there are more up-market izakaya, which are more like fancy restaurants that have good cocktails. These range from 800 yen upwards for each drink or dish.

Floating around in between are the independent izakaya, which can range from dirt cheap to surprisingly pricey. Once you set foot in the door, it can be hard to stop ordering, and the bill piles up, so make sure to check out the prices beforehand!

Nomihodai at mid-range izakaya are usually around 2,000-3,000 yen per person for two hours.

One last thing to note is that there is usually a seating charge, or otoshi, built into the bill. This is a non-negotiable part of the izakaya experience, and usually costs around 500 yen. You get a little welcome dish in return, though. 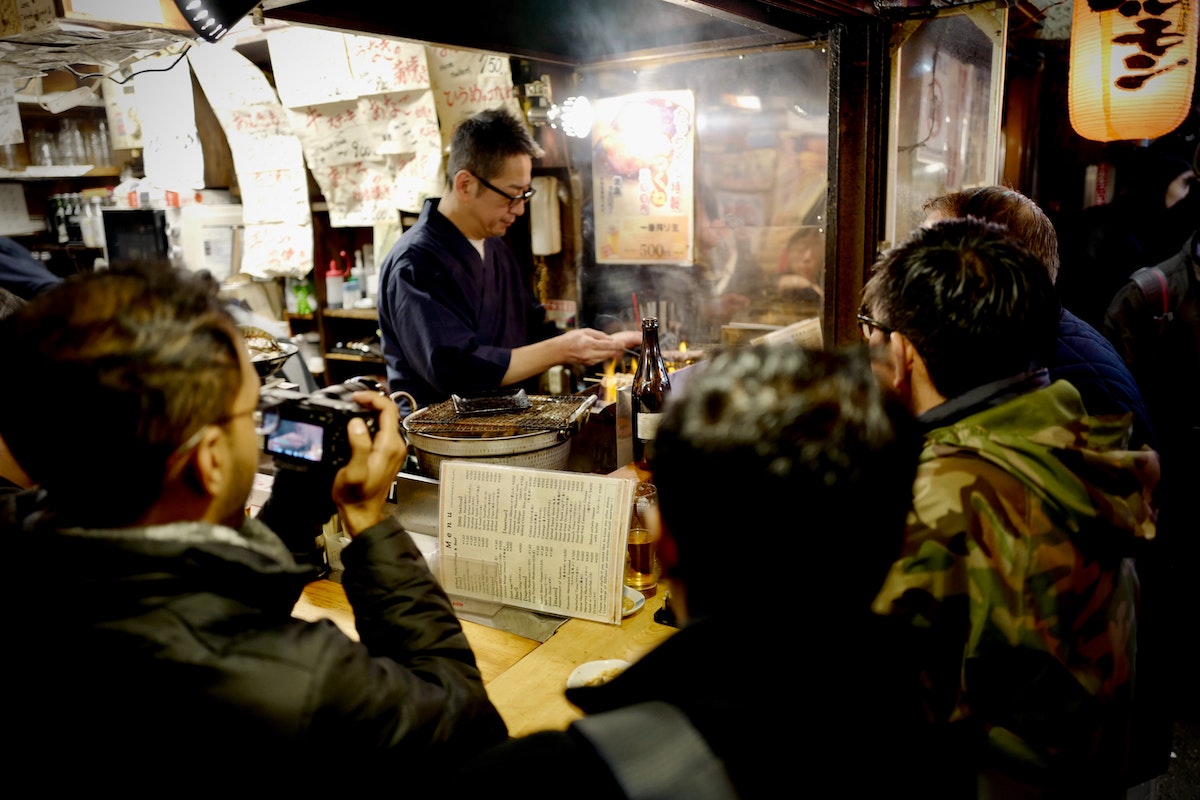 What Food and Drink to Expect

Izakaya food is really in a category of its own. There’s such a variety of dishes to go with your alcohol, from homemade pickled sides to classic potato fries.

Unlike other restaurants, izakaya food is made for sharing, and is typically served in a kind of tapas style. Though sometimes there will be larger portions, such as pizza or noodles, most dishes will be smaller. You can generally gauge the size by the price of the dishes.

Some of the classic dishes to order at izakaya are karaage (fried chicken), tako wasa (wasabi and octopus), and edamame.

As for the drinks, while some izakaya might specialize in certain alcohol or sake, chains and regular izakaya will generally have a selection of beer, cocktails, and sake. Be warned though, Japanese “cocktails” at izakaya are generally just a mix of one alcohol and one soft drink, such as a “highball” which is usually just whisky and soda. Don’t expect elaborate cocktails and fancy stirring techniques here.

Izakaya are generally quite casual spaces (unless you opt for a fancier one of course), so there’s not too much to worry about, but there are some basics to be aware of.

Something that takes some first-timers by surprise though is the loud “irasshaimase!” (welcome!) that the staff will yell as you walk through the door. You aren’t expected to say anything back, though. They will also say “arigatou gozaimashita!” (thank you!) as you leave.

When it comes to eating and drinking, you’ll be expected to share food, so make sure not to take tons more than everyone else. Also, it’s bad manners to take the food with your own chopsticks, so use a set of serving chopsticks (toribashi) to take from the shared plates.

Whenever you order a drink, especially during a nomihodai, it’s also a good idea to ask if anyone else wants one, too.

We’ve gone over a few of them already, but so that you don’t get lost, here are a few useful words and phrases to use in an izakaya.

How many people in your party? (asked by the staff to the customer)

Can we split the bill?
でできますか

Thank you (said as you leave);
ごです

Paying and Leaving
Once you’ve had your fill, don’t forget to pay the bill!

How you pay differs slightly from place to place, but you generally won’t be expected to pay at the table. Either look for a small clipboard with the bill on your table, or flag down a staff member and tell them you intend to pay before heading to the cash register.

Some izakaya won’t let you pay separately, so make sure you remember how much you owe each other later.

Now that you know the basics, head out and find your new favorite haunt. Just don’t go overboard with the nomihodai!