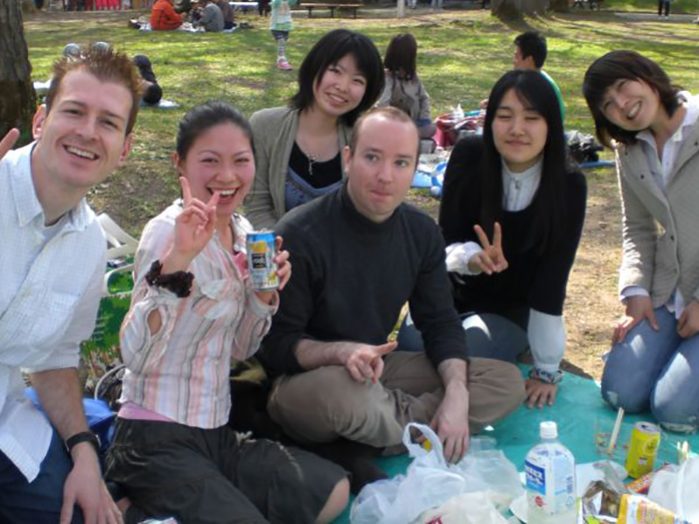 Whether you’re a seasoned traveler or someone that is living overseas for the very first time, there is always one thing that hits home the hardest when living abroad; loneliness.

Loneliness differs greatly from homesickness. For example, with homesickness most people often:

These feelings, however, do not affect everyone and can often be subdued by hobbies, working, and sightseeing. Loneliness, on the other hand, can have a much more profound effect on a higher percentage of foreigners living abroad by themselves. We as humans, for the most part, crave interaction. Whether it’s companionship, friendship, or friendly rivalry, It’s how we can express ourselves, share experiences, and grow. Before I get into how to make friends, let me share a little personal context with you.

Having been born in Switzerland and getting to travel around the world when I was younger, thanks to my late grandmother, I felt very much at ease in most other countries and never really felt “homesick”. When I first started working in Japan, I was sent to the small town of Kure in Hiroshima prefecture. The town itself was small enough that I could ride my bicycle from one end to the other in roughly 30-35 minutes. The main city of Hiroshima was a 45-minute train ride away, and neighboring towns were mostly residential districts, offices, and farmland. I was the only worker in my company that lived in the area, with most of my co-workers living in or near the main city.

The first month was great. I spent my time exploring my new environment and seeing the sights of the town. I rode my bike to the neighboring islands (traveling by ferry) and hiked in the mountains nearby. Soon, however, after seeing most of the local sights I started to feel a deep emptiness. Often times my coworkers would have gatherings and parties, but I was rarely invited. I had trouble speaking and understanding Japanese at that time, so speaking with the locals was very tiresome, and I would often get strange stares when I said something odd or awkward. Soon that emptiness transitioned into a mild depression. I hit rock bottom about 3 months into my new life in Japan when I was laid off due to unfortunate circumstances. With the stress of having to move out within 2 weeks, having to find a new job, and having no friends in the town or city that I could rely on, I felt like I was at the end of my rope.

So, “Why the long back-story?”

It is meant to give you a deeper understanding of what I have been through and what I have done to bring myself out of this place of darkness, in the hopes that you never have to go through what I have already experienced. Today I will share with you three ways that I found English speaking friends while in Japan, even in a small town like Kure.

The first one is not really for everyone, especially if you are under-age. The reason this is the first one on my list is that when I was going through my state of depression, I often found myself going from bar to bar almost every night. While I don’t recommend drinking away your sorrows, I do recommend trying to make friends with some of the patrons or even the bar owners you come across! Believe it or not, some of the more trendy Karaoke bars can potentially have a lot of English speaking Japanese (or foreign) patrons. With karaoke bars, not only can you enjoy a night of terrible singing without care, you can often meet some very nice and interesting people.

Pubs, on the other hand, really depend on the theme. Foreign themed or owned pubs such as Irish pubs (one of my favorites!) are almost a guaranteed meeting hub for foreigners, especially during the holidays. You will often see a combination of Japanese and foreign customers playing music together, laughing, drinking, and having a great time together. Another type of pub to keep an eye out for are ones that call themselves “international” pubs. These will sometimes daylight as a cafe and Jukku (an assisted study center).

Here is a quick list of Irish pubs registered in Japan by Irish Network Japan, a site dedicated to Irish nationals (and fans) in Japan. Even my favorite local Hiroshima pub, “Molly Malone’s” is listed in here!

Many of you may already have heard of the second item on my list. This was actually introduced to me by a friend that I met at one of the aforementioned pubs! For those of you that are unfamiliar with it, Toastmasters International (TI) is a public speaking and leadership club meant to help you practice your speechcraft and leadership skills while building your self-confidence in a very friendly and interactive environment. The club does cost money to join (roughly 6,000JPY or ~$55 USD per year, depending on the club, but that’s roughly only $5 a month – quite affordable), but it has been well worth it. All of the members speak English, though some clubs are bilingual. The friendly environment and motivational energy that the club brings every month is something that is very hard to find elsewhere.

Before joining TI, I was actually quite timid despite my size and build. I had confidence issues and would completely lock up when speaking to an audience greater than 5 people. After my first three trial meetings at TI, I had already found myself feeling much more confident and comfortable speaking to the group, especially 2-minute impromptu topic speeches. After deciding to join, I quickly became friends with all of the members and they would offer to get together outside of meetings for dinner or beer. It was great. It was actually through TI that I had met Mikiko, whom would later become my wife.

I strongly recommend looking for a Toastmasters club in your area. It was one of the best decisions of my life in Japan. The clubs can very easily be searched through google by typing your city name followed be “Toastmasters club”, or going to the Toastmasters International website and searching for registered clubs in your area. Remember that most clubs allow the first three attendances to be free of charge before you are asked to make a decision about joining!

3) Volunteering at a local International/Culture Center

My last suggestion is something that is operated by the local Japanese government in most major cities and some larger towns, such as Kure. At the International/Culture Centers, there are often volunteer classes held for learning foreign languages and Japanese. You can also volunteer your time to help teach or mentor those wishing to improve their English. There will usually be at least one staff member or volunteer that can speak a moderate degree of English. This is a great place to conduct language exchanges and meet new friends.

Many cities and large towns will operate an “International/Culture Center” where foreigners living in Japan can come to teach, learn, and share experiences and knowledge with other foreigners and Japanese locals. The likelihood of an International/Culture Center being in your town is also dependant on what tourist attractions there are. For example, In Kure, we had the “Yamato Battleship Museum” since the historic Yamato flagship was built in the Kure docks (which has since been taken over by the international cargo shipbuilding company “I.H.I.”).

Whatever you decide to do, remember that there are many options available, sometimes you just have to look for and find them. You never know what you might find out there, so be sure to explore! Keep your spirits high and remember: You are not alone.

Got a question about this topic? I would love to hear some of your uplifting experiences and any questions you may have, so post in the comments below.