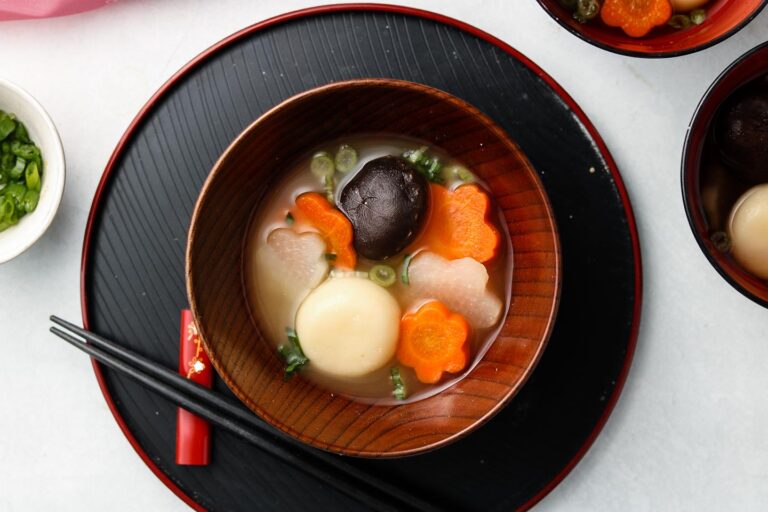 The end of the year in Japan is busy. Businesses are scrambling to finish up the year, which leaves many people busy until just a few days before the new year.

But even after businesses close around December 29, there’s still a hustle and bustle everywhere you go. And that’s because everyone is preparing to celebrate the New Year holidays.

The Japanese New Year holidays, also known as o-shō-gatsu, are celebrated from January 1 to 3. Traditionally, this was a time to pray to the gods for good fortune and a bountiful harvest in the new year.

Over centuries, the Japanese people have developed many New Year traditions that they still enjoy today, including several delicious food traditions.

In this article, we’ll share the top foods eaten during the Japanese New Year, how they became a tradition, and the special meaning each one holds. 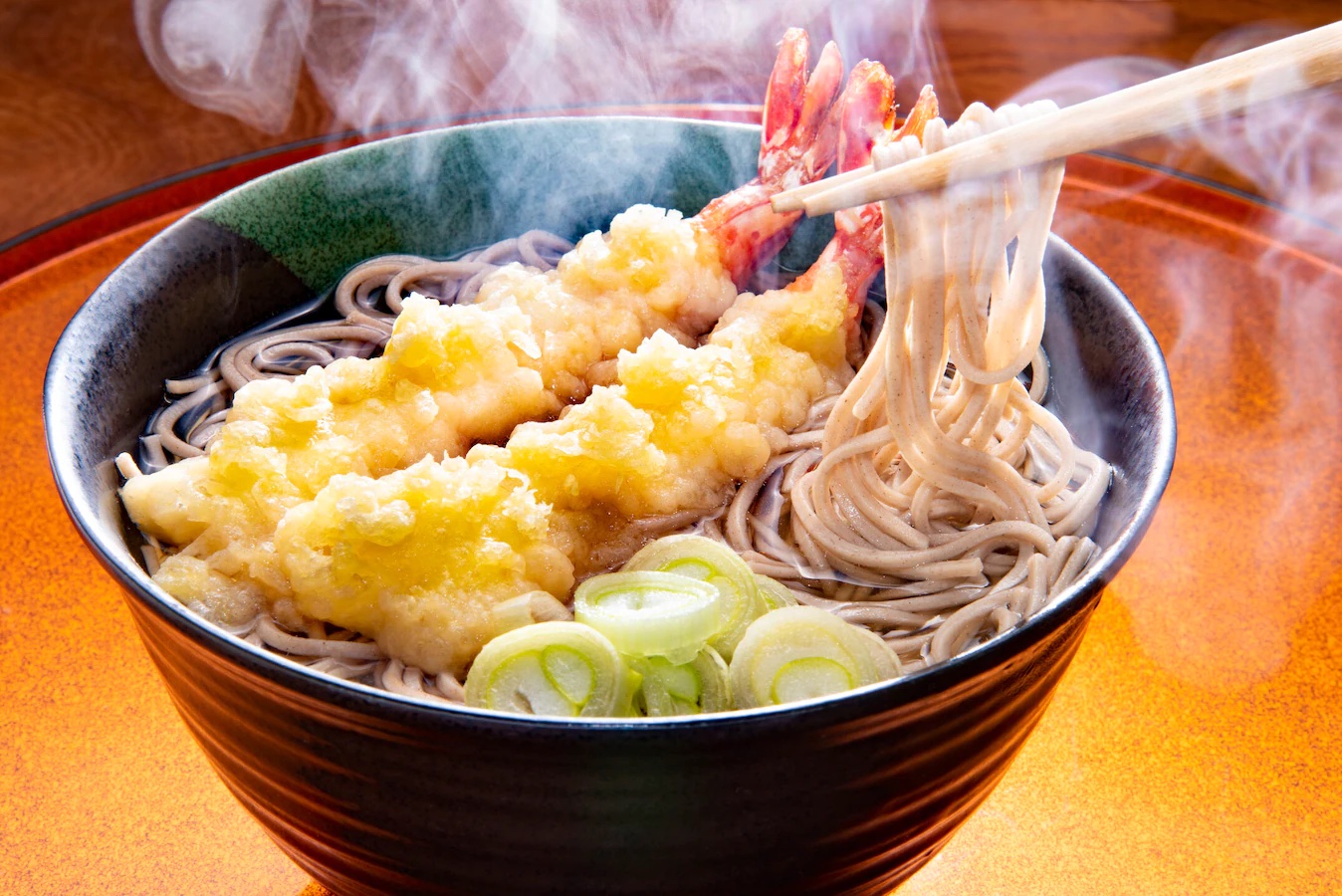 Toshikoshi means “crossing over into the new year,” so toshikoshi soba are soba noodles eaten just before the year changes.

This is a hugely popular tradition in Japan. You’ll often see people going to noodle restaurants to eat on New Year’s Eve, grabbing takeout, or cooking soba noodles from scratch for their family.

Where this tradition came from

Soba noodles have long been seen as a health food (there are records of this from the Edo Period). That might be why the Japanese developed a tradition of eating them on the last day of the month and on the day of each season change.

Eventually, over time, it became a common practice to eat soba on December 31, and the tradition has stuck ever since.

The meaning behind soba noodles

Long, thin soba noodles symbolize a long life, and by eating them, the wish is to extend your life as long as possible.

Other people say that because soba noodles are easy to cut, they represent the act of cutting off unpleasant situations and bad fortune from your life just before the new year begins.

Still others say the noodles bring good financial luck because gold- and silversmiths used to use buckwheat flour (the main ingredient of soba noodles) to gather gold and silver shavings at the end of the year.
Whether eating soba will elongate your life or help you collect more silver and gold coins this year is hard to say, but there’s no doubt it’s a healthy and fun way to end the year. 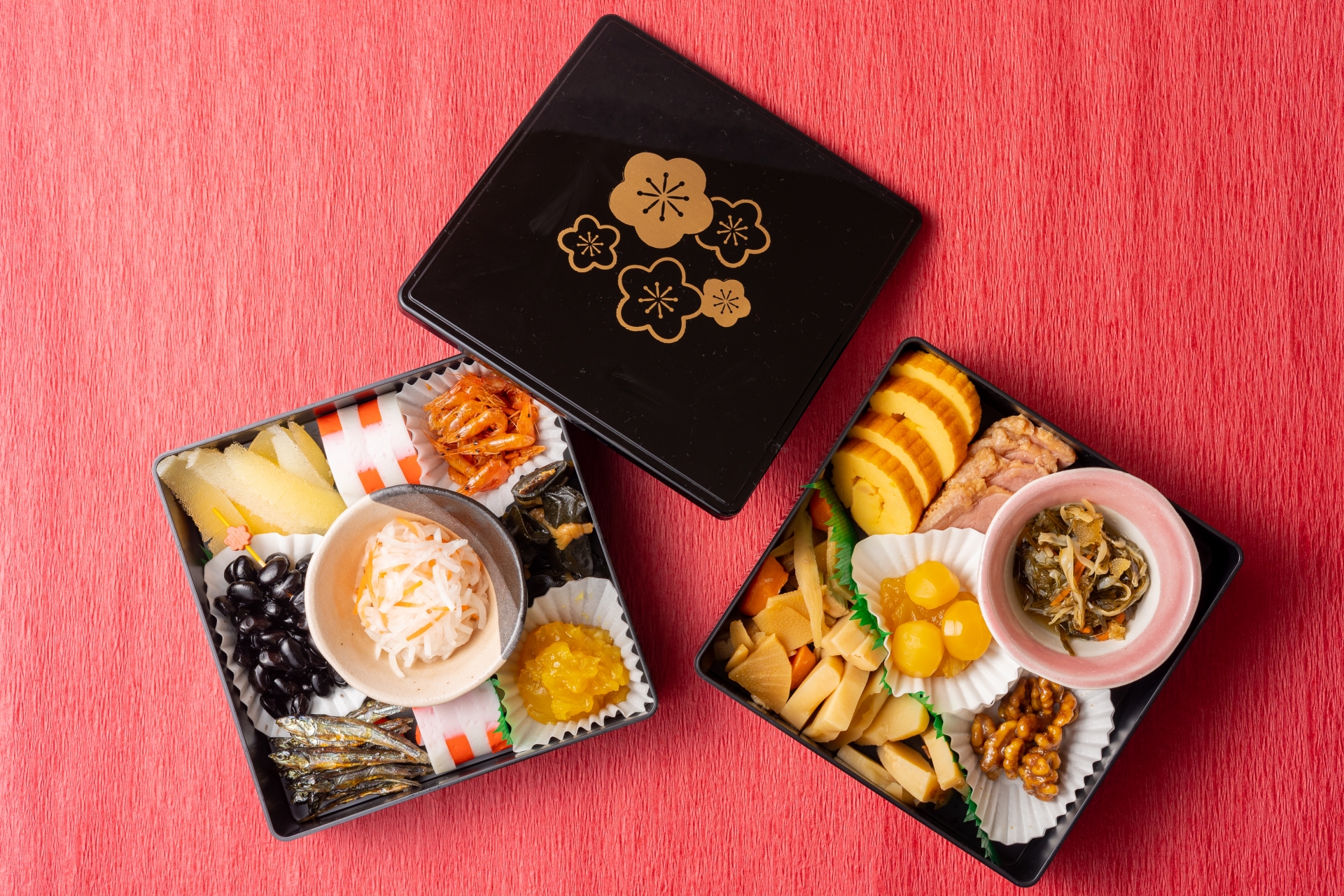 Osechi is eaten at room temperature and features a variety of ingredients, like fish, smoked meat, vegetables, tofu, and chestnuts.

Where this tradition came from

Osechi was the name for foods that were offered to gods on the first day of a new season (called sekku). For the important New Year festivities, families would prepare lots of food to offer to the gods.

Over time, members of high society began to eat these foods, and then it became a widespread tradition for all Japanese families during the Edo period.

The idea behind the dishes is that they last for a few days and can be eaten at room temperature, which saves everyone from cooking during the holidays.

Each dish carries special meaning, usually with well-wishes for the person’s prosperity and good fortune.

The meaning behind osechi dishes

Here are some of the most popular osechi dishes and their meanings:

Instead of making these dishes before the New Year, most families buy pre-made osechi boxes and eat them with their family. Osechi can be very expensive depending on where you buy them.

And these days, you can also find western-style osechi, Chinese-style osechi, and other variations on the theme. My husband’s family tried a French gourmet osechi last year—it wasn’t my favorite, but it was interesting to try something new. 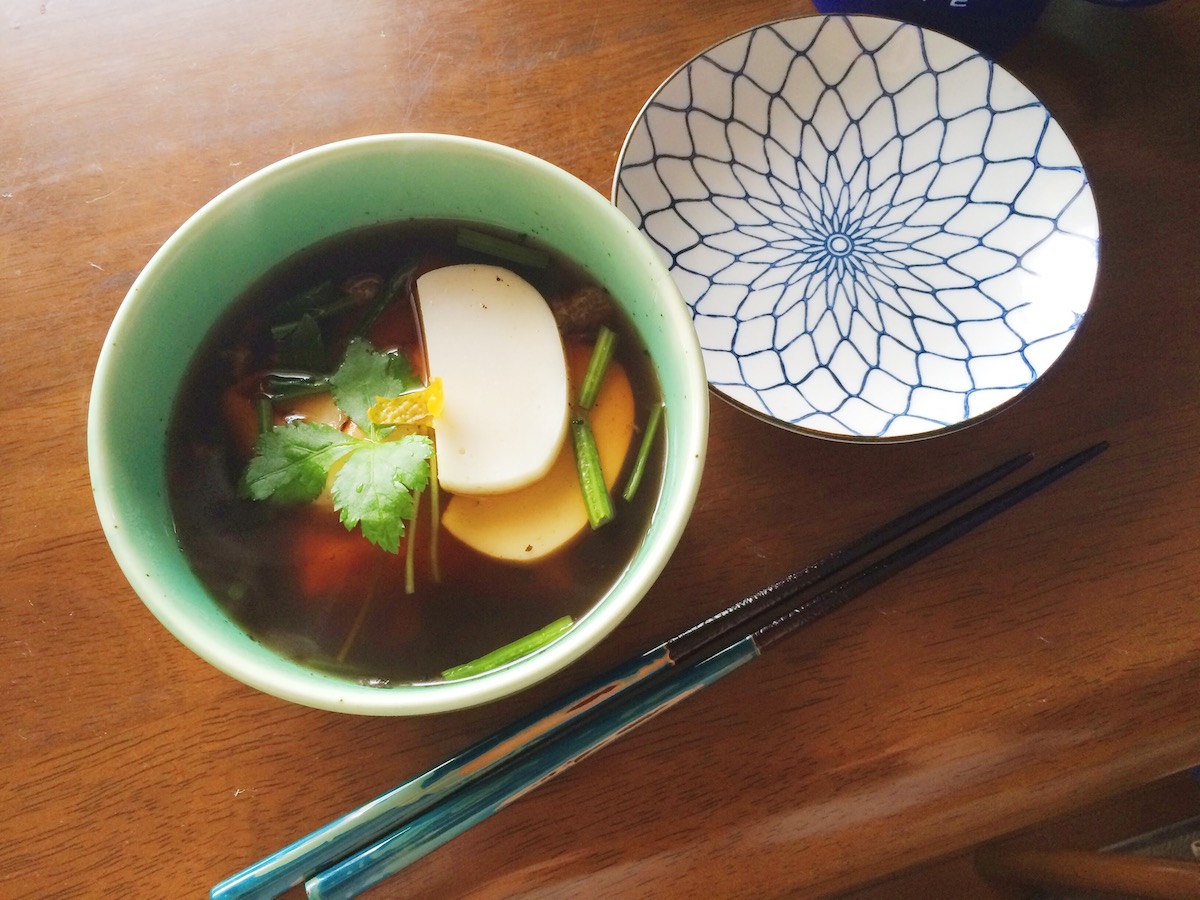 It’s said that the soup was originally eaten by the well-to-do in the Muromachi Period to wish for good fortune in the coming year.

Eventually, ozoni became popular with common people as well, and now it’s a favorite soup to eat between January 1 and 3.

My family buys special mochi each year and my mother-in-law prepares it according to her family’s recipe every year. Each region has a different way of making the soup and uses different local ingredients.

Other Foods Eaten on New Years

Since the Japanese New Year is a time to celebrate, be extravagant, and eat the very best foods available, you’ll also see families eating crab, sushi, yakiniku, hotpot, sukiyaki, and other gourmet foods.
Every year, my husband’s family puts together a feast that covers every inch of our dining table. My in-laws order the osechi in advance and bring it along with a giant frozen crab from Hokkaido and packs of mochi.

We often order sushi, and my mother-in-law and sisters-in-law make extra osechi dishes like black beans or tofu to share. Later on in the day, my mother-in-law will toast the mochi and make ozoni for everyone.
We’ve now moved the celebration to our house, so my husband grills something outside, I prepare some western-style holiday food like cookies and cheese, and we enjoy the enormous feast together.

In this article, I shared the main 3 foods enjoyed during the New Year holidays in Japan: toshikoshi soba, osechi, and ozoni, including how they became traditions and the meaning behind each.

If you ever get the chance to experience a New Year feast in Japan, especially with a Japanese family in their home, I highly recommend it!

Have you ever tried osechi? What did you think of it?