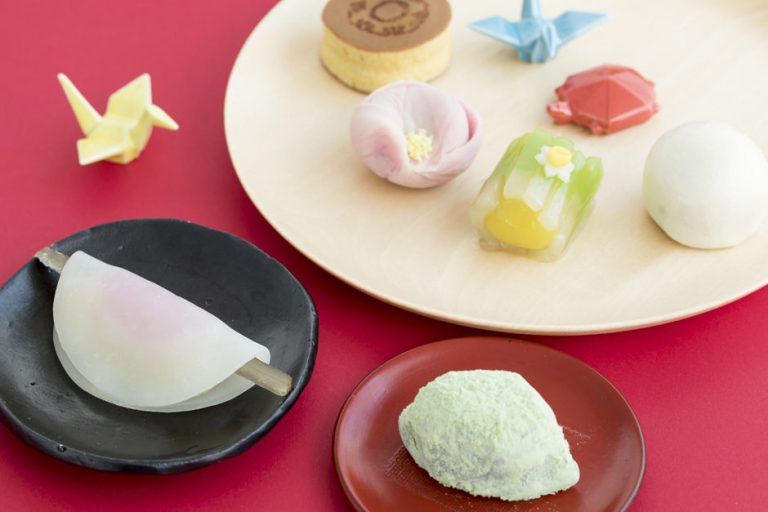 When I think of winter treats, I imagine hot chocolate with marshmallows, or fresh baked gingerbread cookies. After moving here, I learned that Japanese winter snacks are very different, although just as delicious! You can buy many of these sweets in stores around Japan during the winter months. But, just like baking cookies can be more fun than buying them, making these sweets yourself is a great activity for the whole family, particularly on a cold winter’s day. 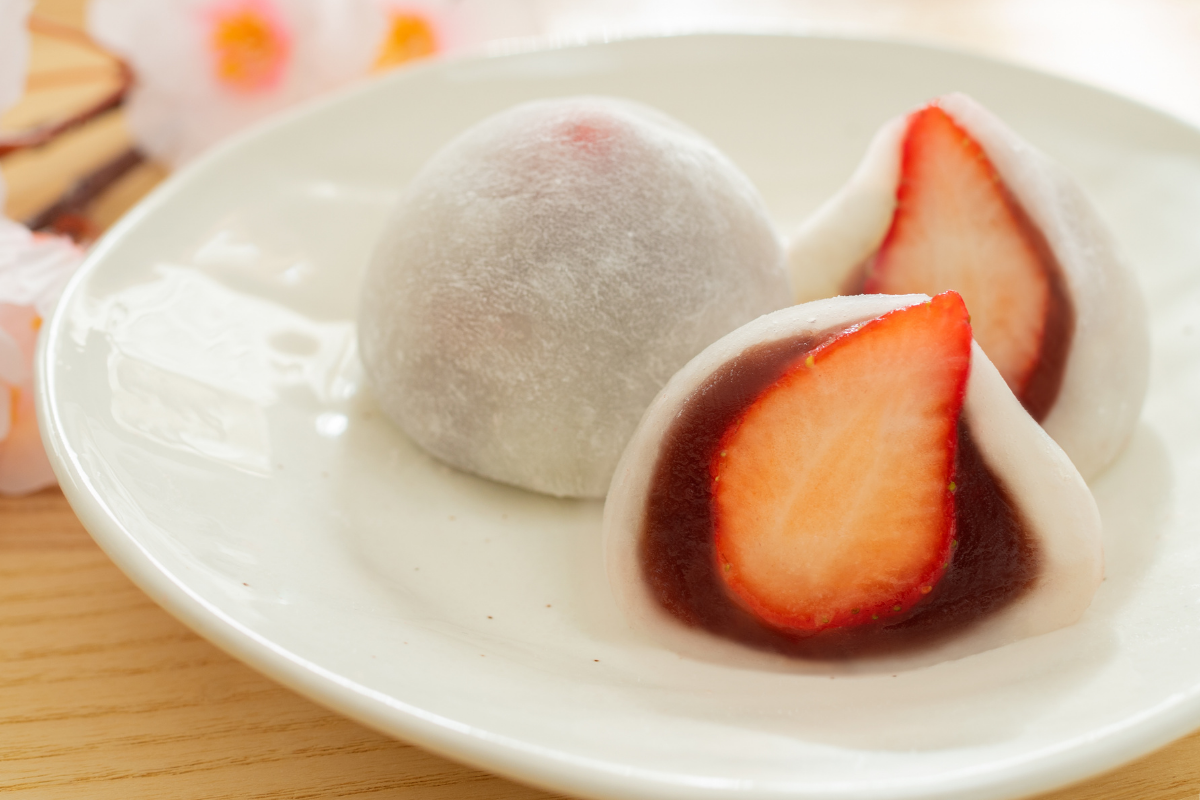 February is the beginning of strawberry season, so why not use some to make delicious ichigo daifuku. Daifuku are generally made of sweet anko bean paste wrapped in mochi (a kind of sticky rice paste). Ichigo daifuku, as the name suggests, are normal daifuku, with the addition of strawberries, called ichigo in Japanese. These daifuku can be bought at stores around Japan, but they are a lot of fun to make at home as well. My favourite part is shaping the sticky mochi.

The cute Japanese cooking channel Cooking with Dog gives the typical recipe or you can try this recipe that adds chocolate for a bit of twist! These are sweet bean soups made of red beans (also called adzuki beans), often eaten during the winter in Japan to stay warm. Oshiruko (お汁粉) is made of koshi-an, which means the soup is smooth, with no chunks of bean visible. It is served warm, with squares of toasted mochi. Zenzai (善哉) is similar to Oshiruko, but is made with tsubu-an, so it has whole, or partially crushed beans in its soup. It can be served warm or cold, and usually includes toppings like chestnuts and mochi balls (or shiratama dango, 白玉団子). In the winter, you can find zenzai and oshiruko pre-made at grocery stores (there are even cans of zenzai sold in some heated vending machines around Tokyo!) However, the soups are also easy to make at home. 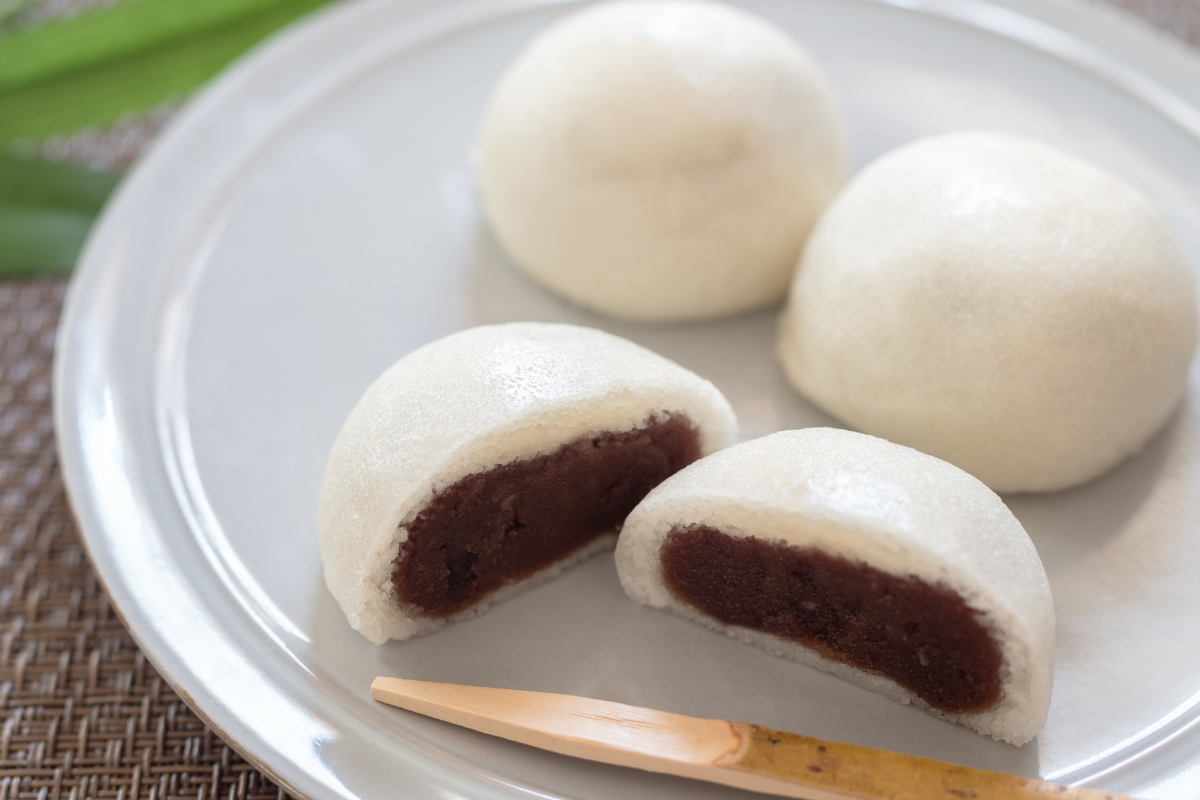 Manju are buns filled with anko bean paste. There are many kinds of manju (饅頭, まんじゅう), but in winter, sake manju are especially popular. The dough is made with sake, so after being steamed, the manju retain a hint of the sake flavor. The recipe for sake manju is surprisingly simple, so why not try it yourself?

This one is translated into English from Japanese on Cookpad. Traditionally drunk during New Year’s festivals, but available in grocery stores all winter long, amazake is the Japanese equivalent of eggnog. It is a warm, and despite the name, usually non alcoholic, drink, produced by fermenting rice starch into glucose. You can pick up a bottle at your local grocery store, or at specialty shops around Tokyo. Amazake is high in nutrients, including vitamin B, essential amino acids, digestive enzymes and gut-healthy probiotics. To drink amazake at home, simply heat it up over the stovetop or in the microwave. However, for the more ambitious, you can try fermenting your own amazake, with the help of a rice cooker.

This recipe from Cooking with Dog includes banana smoothie and chilled ginger versions. 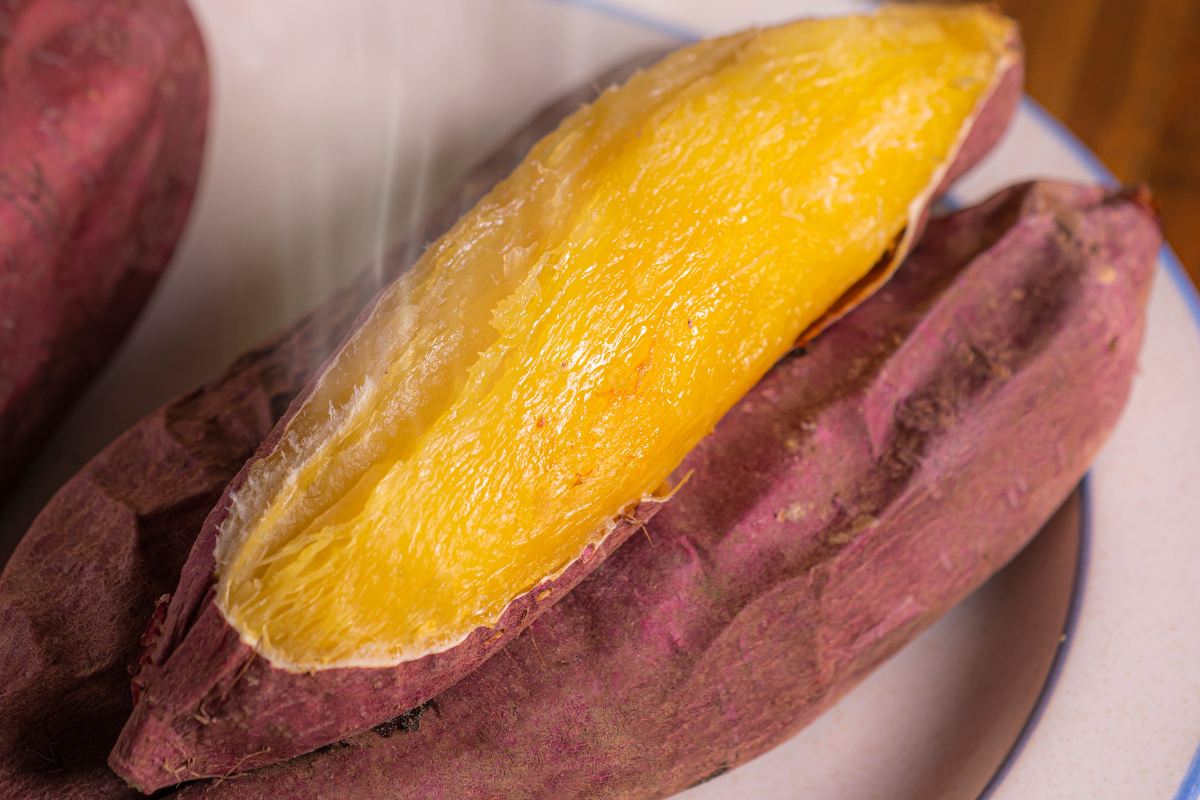 Japanese sweet potatoes are very different from the ones I ate growing up in the US and Europe. These purple packets of goodness are so sweet once roasted, I can hardly believe they don’t have any sugar added. Yaki-imo (焼芋) literally translates to roasted (yaki) potato (imo), and that’s just what they are. You can roast the potatoes yourself at home, or buy them roasted already from grocery stores, convenience stores and food trucks during the winter.
But, if you want to make your yaki-imo even more decadent, you can make this slightly more complex yaki-imo based dessert. The orange pudding, which is similar to sweet potato pie filling, is served in the shell of the sweet potato itself. The pudding has the same delicious flavor as a normal yaki-imo, but is even creamier with the addition of butter, whipping cream and egg yolk.

For the pudding, you will also need:

This recipe works well for the pudding variety.