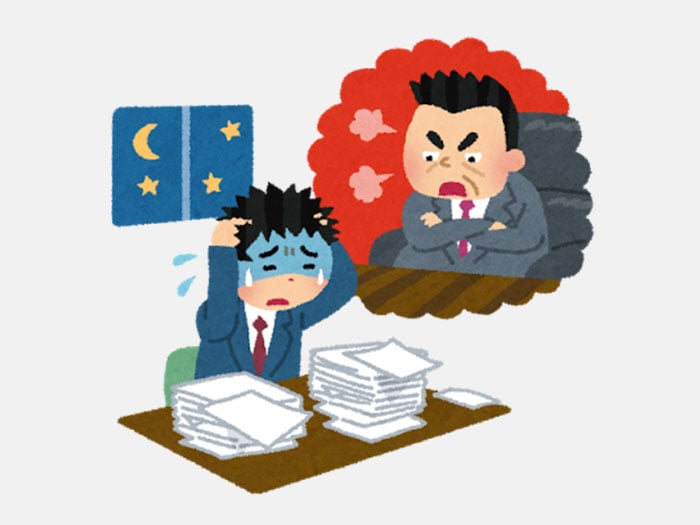 If you have ever been in a bad situation at work, you’ll know that it isn’t always easy to challenge your company in Japan.

Unpaid overtime, denying holiday allowances and not getting paid properly, these are all things that can happen anywhere in the world. When they happen in a foreign country, though, it can be hard to know how to deal with it, especially if you can’t speak Japanese and have no idea where to start.

Don’t worry! In reality, the Japanese government is trying very hard to crack down on power harassment and poor working conditions, and have afforded a lot of authority to government organisations like Hello Work to impact companies that break the law.

Remember: First always check your contract. It is important that you know what your contract says. Japanese law supersedes any contract you sign, but many parts of the law are left up to the contract.

Here are some of the things that companies here cannot do, and what to do about it.

Your company cannot take away your visa

When bad bosses don’t know what to do, they might resort to threats.

“If you keep on causing problems, we won’t sponsor your visa anymore and you’ll have to go back home.”

These bosses assume that the employee doesn’t know that the visa is actually granted by the government of Japan, and that the company just sponsors that visa. Once it is granted, the government will not take it away unless they have special circumstances, like if you committed a crime.

The only caveat is that if you do quit your company you will need another company to sponsor you when you decide to renew your visa. Don’t let a bad boss or a bad company intimidate you. If they try, jump on the jobs board and find a new job. It’s not worth sticking around to work for people like that.

Your company cannot force you to do overtime (paid or unpaid)

Article 36 Part 2 of the Labour Standards Act prevents companies from increasing your working hours beyond your contract without consulting you and signing a special agreement, and any overtime work must be paid at a premium rate of an additional 25-50%. Take a look at the details here (JETRO) in English.

Your company must allow you to use your paid holiday days

This is Japanese Law, and while many companies break it by encouraging a shame culture around taking time off work, the government is putting a lot of work into cracking down on this. It is covered by Article 39 of the Labour Standards Act (Japanese and English law translation) which you can quote if and when your company says that you can’t use your paid vacation days. Bear in mind that you have to have been working for the company for 6 months and have worked 80% or more of the allotted hours in your contract.

You can quit your company if you give proper notice

This isn’t covered by the Labour Standards Act, and is actually covered in the Civil Code (click for the MOJ pdf of the law in English and Japanese). Article 627 vaguely says that your contract handles the details, but all contracts are superseded by Japanese law, so a minimum 2 weeks enforceable notice is sufficient. If your contract says you need to give 3 months notice, then this would be superseded by Japanese law and you could give 2 weeks notice. For fixed term contracts it is better to give 30 days if at all possible, but this isn’t covered by the Labour Standards Act or the Civil Code specifically.

The good news is that if it isn’t specifically written in your contract then you’ll only have to give that 2 weeks of notice for workers on permanent employment contracts. Give it in writing to the correct person and you’ll be square.

This is why you must double check your contract before you sign it and understand clearly what it says. You’ve been warned, this part of the law is much more in the companies favour than yours and you could be open or liable if your company is damaged by your leaving. Having said that usually a reasonable time considered by government is 30 days.

Companies can’t discriminate based on religion, race or background

It is covered pretty early in the Labour Standards Act, Article 3 to be precise. Discrimination at work is punishable with fines, so if you suffer from real and measurable discrimination, call it out. This doesn’t mean that you can accuse your boss of being mean to you because you are a foreigner, this only applied to discrimination of working conditions and pay, so if your boss is just mean you can’t use this law against them.

Companies can’t force you to work with intimidation or force

Chapter 1, Article 5 of the Labour Standards Act covers this. Any company being seen to be intimidating employees to force work will be subject to massive penalties. Hello Work has the power to even shut down small to medium sized companies for these kinds of abuses.

Be sure to get evidence! This kind of thing can be hard to prove and you might be surprised how few of your colleagues want to get involved if you ever go to legal proceedings or need a witness. Getting a phone call recording app really helped a friend of mine who was being called late at night and shouted at by the boss for trying to quit midway through her contract. It really helped to have a recording to set the whole thing on a smooth and easy path.

Who you gonna call?

Japan has Hello Work to help with employee issues, then it goes up to mediation and finally court. Most cases get settled in mediation, and court is a last resort here unlike in western legal systems. Remember that companies don’t have to pay your legal bills here, so don’t go spending 40万円 on lawyers to get your 30万円 of unpaid wages back.

First, raise any legal issues you’re having with your employer. If you don’t then in mediation or court they can just claim that they weren’t aware of your problems and your case gets tougher from there.

The First and Last: Hello Work

If your problem escalates then you need to contact Hello Work. They are a government department set up to help stop worker abuse and they will help you. Being able to speak Japanese to at least a conversational level will really help you to sort out work disputes, but although their website is in Japanese, they should help with English translations if necessary.

Don’t be scared to fight against bad employers. The Japanese government and their agencies is on your side as they have come under a lot of fire for not being perceived to do enough about working rights violations. In reality, they want nothing more than for people to just come forward and they will really help you to make sure that workers aren’t abused by bad companies.

JETRO – Information about Japanese Labour Laws translated into English for investors (useful for you too).

Hello Work These are the guys to talk to if your company is doing something illegal and you need to report it. (Japanese)

Japan Law Translation – An invaluable source if you want to look up specific laws to cite when you think your company is doing something illegal.