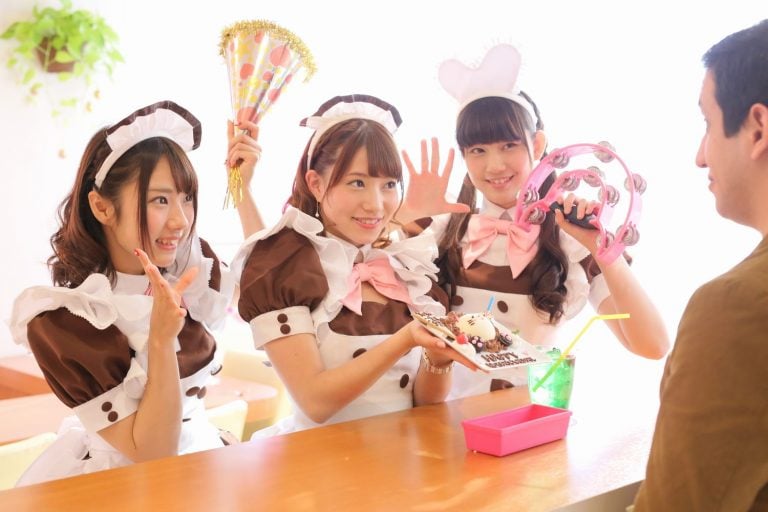 Maid cafes are coffee shops in Japan where women dressed in maid outfits serve customers. Being the headquarters of otaku culture, Akihabara has a large number of maid cafés.

Maid cafés first appeared in 2001 in Akihabara, Tokyo (or “Akiba,” the main pilgrimage center for electronics and pop culture fans), and soon spread throughout the world. country. Today there are so many such cafés in Akihabara that they have become one of the peculiarities of that place.

In these cafeterias, also known as meido kissa, it is common for waitresses to be dressed in a kind of “cute” French maid outfit laden with ruffles and bows with a miniskirt. These coffee shops began as places whose usual clientele was anime and video game fans that expected to see characters from manga and anime serving there, as if they had jumped into the real world from a two-dimensional one.

How do they work?

Their price and dynamics vary from store to store. The prices for food and drinks are relatively higher than in normal coffee shops, but don’t forget that they give you an exclusive service! The waitresses draw pictures on the food, and perhaps do something fascinating to make it more delicious. Besides the food, you can also play with the waitresses or watch live performances. Casual, fun conversations with the waitresses are the best part of the maid cafés.

There is usually a seating charge, apart from the costs of food and drinks. Some coffee shops set a time limit, so it is best to find out the system of the café you want to visit before you go. There is not much difference from normal restaurants when it comes to ordering and paying for food and drinks. Some coffee shops provide explanations in English and letters in multiple languages, as there are many customers who do not speak Japanese. 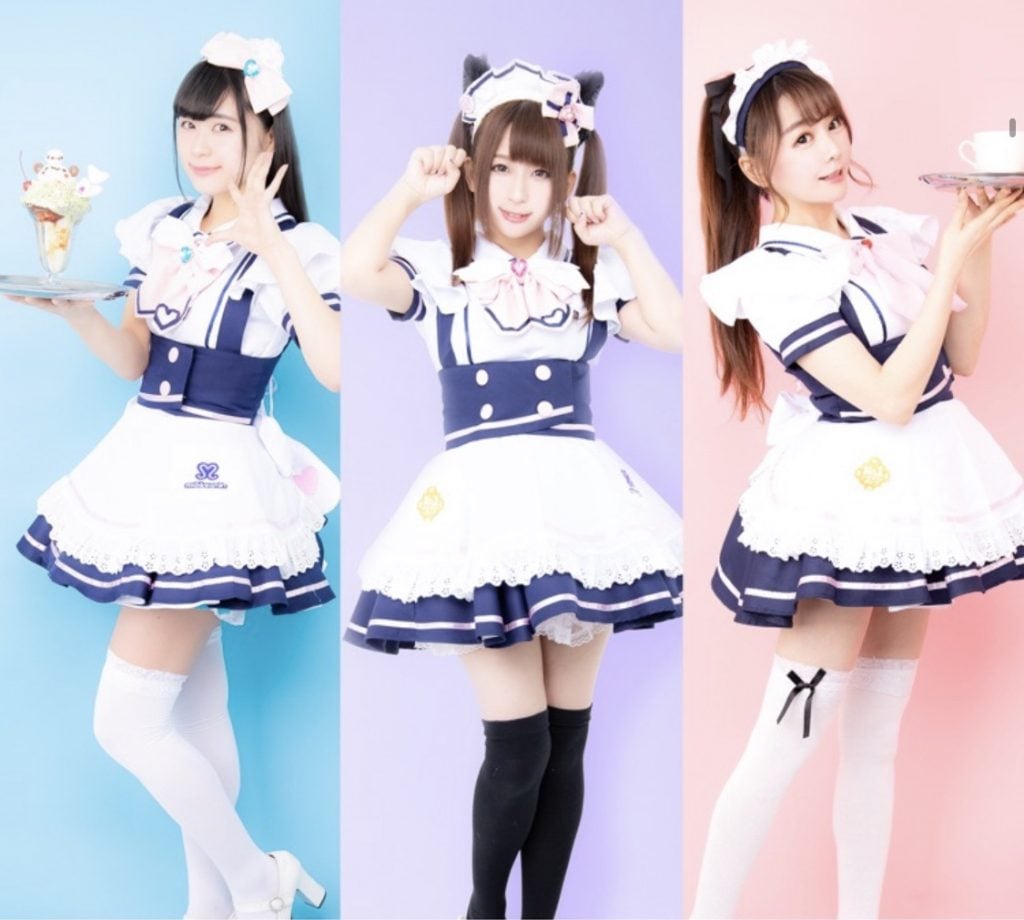 The client is “the master”

Maid cafés are not just coffee shops with waitresses dressed as maids. There the client is considered as the “master” (goshujinsama) of a palace, and the waitresses act as if they were his servants.

Follow the rules to make the most of your experience!

Maid cafés are an entertainment service. Therefore, most cafes prohibit touching waitresses (this includes even shaking hands). This form of body contact may be fine in different countries, but if you try to do this in those cafés, they will ask you to leave, so please be careful.

Many women and couples also go

The menu at a maid café is not much different from that of normal coffee shops, with coffee and tea, light foods such as sandwiches, and various desserts. What changes are, for example, the “magic words” that the waitresses pronounce while drawing something or writing with ketchup on the omu-rice to make it look more delicious, or when they decorate the dessert with syrup and chocolate. In some establishments the customer can take a picture with the maids or play a game with them paying an extra price.

The clientele of these coffee shops is not only made up of otakus. It is common to see men and women who are not fans of anime and video games, and even couples. In fact, when a female customer arrives at the cafeteria the waitresses greet with an okaeri nasaimase, ojosama (welcome home, mistress). Maid cafes have become popular entertainment spots thanks to frequent reports featuring them on television and in magazines.

It is said that the first maid café in Japan was CURE MAID CAFE, which opened in 2001 in Akihabara. Later, @HOME CAFÉ opened in 2004. Since then, the culture of the maid café flourished in Akihabara, and it remains the center of this particular culture.

Recently many new and unique cafés have opened: LittleTGV, which theme is railways and trains, Maid Café @ Bar MONONOPU, which concept is about waitresses who come from the Sengoku period and wear samurai costumes.

The atmosphere of the maid cafés is very friendly and relaxed. You can feel lord for a day and enjoy a bit of Japanese otaku culture at a maid café.