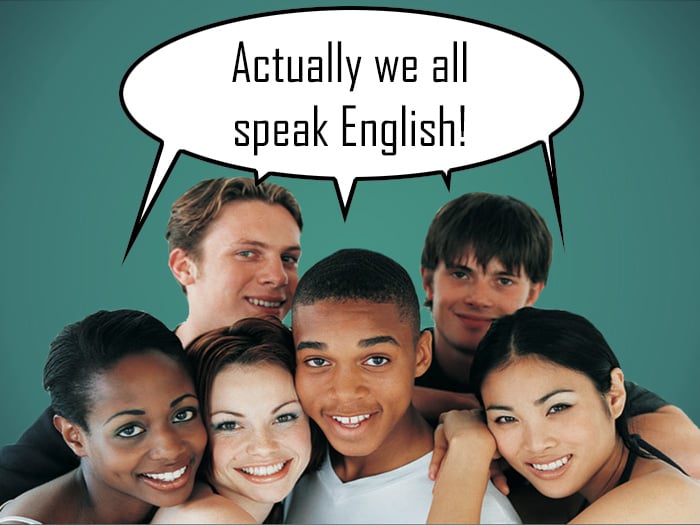 Can I get a job as a non-native speaker of English? Yes it is possible, but it isn’t going to be easy for a variety of reasons. Let’s talk about what you need to understand to improve your chances of landing an English teaching job without being a native speaker.

Many Japanese companies hire based on public perception

It’s unfortunate, but a lot of Japanese companies will select their teacher based on looks as much as ability. In Japan, it is almost an advertisement in itself to have a stereotypical looking foreigner teaching at their school. Even Japanese Americans, who grew up in the US and speak English just as well as any other American, may have a harder time getting the job than a blonde girl who epitomises the Japanese view of a typical foreigner.

This is because the Japanese have an image of what they expect an English speaking foreigner to look like. Just ask any Europeans who don’t speak English – Japanese will reply to them and try to talk to them in English all the time, even after they say that they don’t speak English! Cultural perceptions are ingrained and hard to ignore, and for that reason it can be hard to get those English teaching jobs when you don’t match Japanese expectations for their English  teacher.

There are actually more non-native English speakers, so competition can be fierce

There are twice as many non-native speakers of English in the world as native speakers. Even in Japan, where you can easily spot a foreigner in a crowd, caucasian English speakers only make up a few percentage points. According to the Japanese Foreign Ministry statistics, there are only 72,000 Europeans and 68,000 North Americans living in Japan, out of 2.2 million foreigners. That’s a lot more of just about everybody else than Caucasian foreigners. This can make the competition pretty rough for non-natives.

One of the key reasons why Japanese companies hire native English speakers is to expose the students to native sounding English. If you are a non-native speaker, it is possible that you have an accent influenced by your mother tongue. English speakers from the Philippines, India or Jamaica will have a different accent than many employers will expect based on watching lots of American dramas, even though English is a national language of the country! I’m British, and at one of my schools I have even been told to pronounce things in the American style (AKA incorrectly). There’s just no escaping it; Japanese people expect American English accents and if you don’t have one (even if you have a real English accent) there might be a problem.

This doesn’t mean that you can’t get a job teaching English here. A lot of native speakers are totally untrained in teaching the language and have no other experience of language acquisition other than growing up. Getting some qualifications and improving your ability to actually do the job will make a world of difference here.

On top of that, Japanese people really love their tests (oh yes!) and if your birth certificate doesn’t have America, England, Canada or Australia on it, you might need to prove your English ability with a TOEIC score. Getting over 900 should be easy if your English is good enough to teach it, and the closer you get to the maximum score of 990, the better your chance of securing a job using English in Japan.

Benefits of being a non-native

There are a lot of difficult parts about being a non-native, but the key good point is that once you do find a company that is willing to hire you, there is a much higher chance that the school is actually a decent place to work, and has an interesting and challenging English program. Let me explain:

Schools that are just looking for a friendly caucasian gaijin face might actually just hire anybody because they don’t actually care if English is being taught. Some schools may only be hiring foreigners to lend legitimacy to their school, and their only goal can sometimes be getting the money for lessons. It’s a shame, but it does happen here in Japan. If they want a good teacher and not just a stereotype for their marketing imagery, then chances are they will be running a better kind of school that values your skills as a teacher and not just as a marketing prop.

Your education can speak for itself

I once met a very talented woman who was looking to teach English in Japan. She had advanced degrees from US universities and almost no accent to speak of, but she came from India and struggled to get an interview for an English teaching job. After getting her CELTA and getting a 900+ on TOEIC, she suddenly found that many more employers were asking to meet with her, and she landed a sweet job not long after.

If you are educated and have qualifications to teach English, companies and schools will have more respect for you here in Japan. As we have said before, it is a country that values qualifications and proof, so getting some of those proofs is the first step to getting an English teaching job as a non-native.

Are you a non-native speaker of English? Have you had any trouble finding a job in Japan? What did you do about it? Let us know in the comments below.