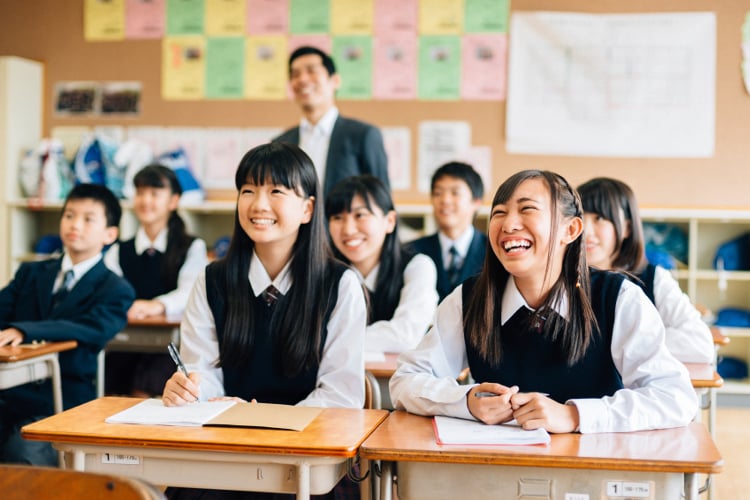 Japan’s Assistant Language Teacher (ALT) system is pretty unique. ALTs are hired, usually from native English-speaking countries, to come and help Japanese teachers of English (JTEs) with classes. A big part of the goal is to expose young Japanese learners to people from different cultures, as Japan is very mono-cultural (with only 2.3% of residents being non-Japanese).

This kind of position is a great opportunity for gaikokujin (foreign people) to come and experience Japan, exchange cultural knowledge and build some very useful and applicable skills like presentation, planning and public speaking.

Unfortunately, the majority of ALTs coming to Japan get almost no training on how to succeed in Japanese schools or classrooms, at most a week or two, and often just a few days. Lessons are planned almost exclusively by the JTEs, and many ALTs working in schools in Japan feel unprepared to not only do the best for their students but also to confidently stand up in front of a class and deliver a lesson they can feel proud of. Why don’t many dispatch companies or Boards of Education (BoEs) train their ALTs more thoroughly? 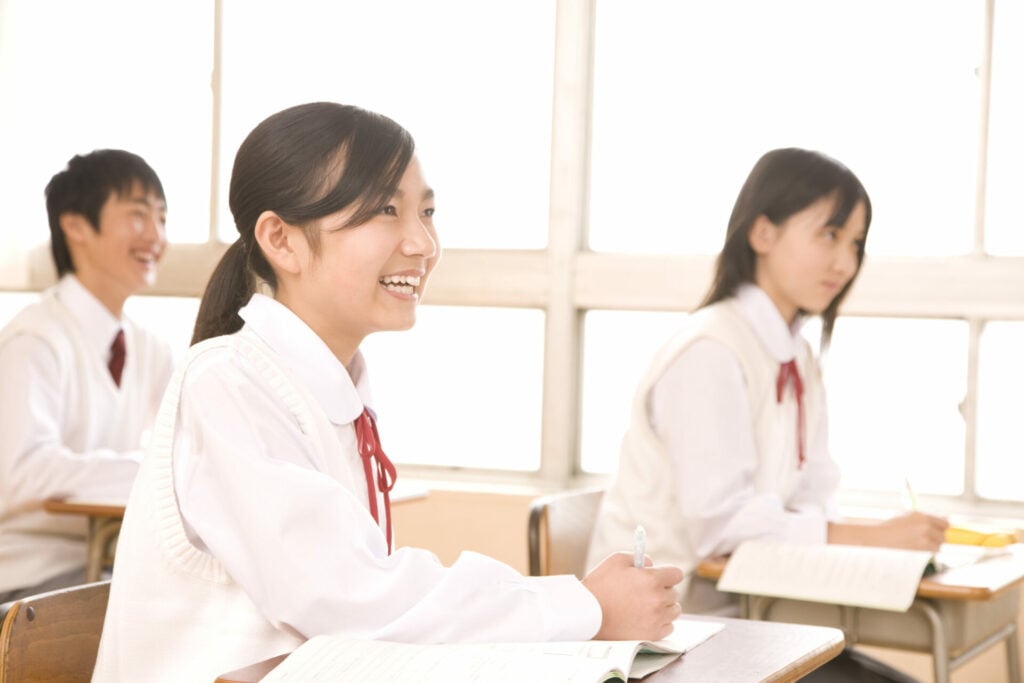 Thousands of schools across Japan are looking for (better) ALTs

The Japanese government has lowered the start of mandatory English classes in public schools to third grade (age 8), and is aggressively hiring English teachers and Japanese teachers of English to provide these lessons. This is because Japan has not been doing well on international rankings of English ability.

Japan dropped in the EF English Proficiency Index from #55 to #78 out of 112 countries, in the “low proficiency” band, which is shocking considering that Japan spent ¥135bn spent on foreign language education in Japan both privately and publicly in 2021 on preschool and childhood language education. You would think that with so much money invested in English language education, and with most adults having 6 years of mandatory English in schools, that the speaking ability would be higher, right?

A lot of people argue that one of the reasons for this is the lack of training for ALTs, the third-highest proportion of English language training spent (behind translation and interpretation, and adult classes). The majority of Japanese students will have experiences with an ALT in their school, and it’s no wonder that it is a struggle for them to meaningfully connect with and inspire these young people to learn English. ALTs are underprepared by both the JET Programme (the Japanese government public school ALT scheme) and dispatch companies alike, and are rotated and moved from school to school or return to their country of origin. When foreign workers return home, a new teacher who is similarly under-trained, will replace them for a few years. Because of the pandemic, this problem has changed as it has become harder to replace teachers as quickly with workers from other countries…

Japan has recently re-opened its borders to allow foreign workers to enter, and while there is a limit to how many new workers enter now, it’s only a matter of time before Japan opens the gates wider to let in new teachers from abroad after years of either not filling new visas, or delayed entry. With the pandemic turning into “endemic” and restrictions lifting, the number of opportunities in Japan is set to explode because of new legal requirements for elementary schools to teach English, years of understaffed schools, and lots of ALT and public school positions waiting for teachers to fill that role. On top of that, there is a backlog of people waiting to come into Japan, so aspiring ALTs will need something to set themselves apart.

ALTs are not the same as licensed teachers, so the requirements for getting these kinds of jobs are very different. It is certainly easier to become an ALT, and you can get this job in Japan without having to get a teaching licence from your home country or inside Japan. But does this mean that you don’t need any qualifications? 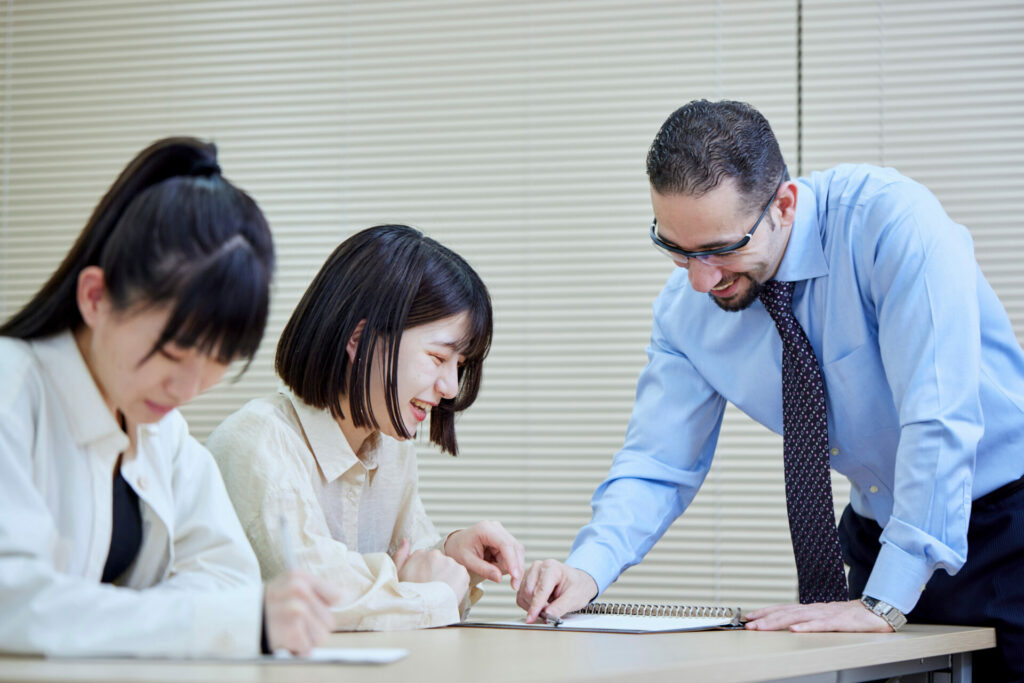 The title “Sensei” is a term of respect given to specialists like teachers and doctors in Japan.

What do you need to become an ALT?

Firstly, in order to get your entry certificate for Japan you’re going to need a bachelor’s degree. This is mostly for the visa, and while there are many people who have come to Japan without graduating university (such as on a working holiday visa), it is a general requirement for most people coming to teach English in a public or private school setting.

What is interesting about Japan is that, unlike many other countries bringing English teachers from abroad, you don’t need a teaching licence or much in the way of teaching experience to become an ALT here. As an aspiring ALT who wants to not only be good at their job, but also get paid more than other ALTs, this gives unique opportunities. With relatively few additional qualifications you can have a much better looking resume than the average ALT who may only have “teaching experience”. Yes, some positions at one of the roughly 45 registered international schools in the entire country require you to have a teaching licence from your home country, and for university teaching in Japan the overwhelming majority have at least a Master’s degree.

You will probably get some training from the company bringing you into Japan, especially for your first job. Once you are based in Japan, if you do end up changing companies they may well expect you to have all the necessary skills, so if you didn’t get much training in the first place and learned on the job, you might find yourself getting close to no preparation for your second English teaching gig onwards. I’ve had jobs where I got two weeks of intense training to start with, so at least I was ready to plan my classes and teach, and others where I was shown my classroom and told to “get ready” for the following day when I would have my students in. Different companies have different standards, so it really can be the luck of the dice depending on which company you come to Japan with.

What do most ALTs do to close the gap?

The most common answer is nothing. Many ALTs simply show up to work and then go and live their lives in Japan. After all, for a lot of gaikokujin who came to Japan to work, the goal was not to be a teacher but to enjoy a year or two in Japan.

Many teachers spend a lot of their personal time looking for information online. There are many websites with activities, games and ideas for ALTs in Japan. When I was an ALT I remember using Englipedia a lot for ideas to make the classes fun and engaging. While that website has since gone down, it was revived as ALTopedia and at the time of writing has ideas for most of the main classes an ALT would be expected to teach. However, a lot of these games are made by untrained teachers, and may not have any specific focus that will teach the students the necessary skills to use the English outside of the game situation.

But many ALTs put in little to no work to improve this situation, and this contributes to Japan’s low proficiency in English. Frequently cited are book-study without proper quality control or comprehension, limited pronunciation correction, and native speakers “dumbing down” their word choices to be understood as mistakes which often take years of focussed study to correct.

So what do you do if you want to learn how to be a good and respected ALT, rather than just running out the clock on your classroom time?

How to get the training you needed to be an ALT, but never received

Many people who love living in Japan and want to get ahead in their career for a more long-term future in Japan do end up going home and getting a teaching licence. This requires years of study and classroom time outside Japan, but it will set you up for a long-term career as a main classroom teacher in Japan. This is a big investment of time and money.

There are also TESOL courses that give a generalist overview of language teaching as a whole, but recently Temple University, Japan Campus (TUJ) has been working on a course specifically for Assistant Language Teaching in Japan.

Temple University is the oldest and largest foreign university in Japan, and one of the most well-recognized MA TESOL programs in Japan. Co-developed with RCS and working with Dr. Richard Derrah, who has built an extensive teaching and research career in Japan, the ALT in Japan course is specifically designed for people who want to teach as an ALT at Japanese elementary, junior high and high schools in Japan. If you’re already in Japan and teaching at a public school, and feeling overwhelmed and completely unprepared, this course is also developed with you in mind but is open to people overseas who want to get a leg up on the competition when applying for ALT jobs.

The ALT in Japan course starts on May 24th and has a mix of asynchronous and synchronous online lessons to help you practice the skills needed to be a successful ALT in Japan, gain an understanding of Japanese educational context, and develop methods for team-teaching that will make your job here easier, more rewarding and much more highly respected by JTEs, schools, dispatch companies and BoEs.

Getting Qualified leads to Better Confidence

This course is not just to help you feel more comfortable in the classroom teaching Japanese students. With modules specifically dealing with Japanese cultural differences, this will help you avoid those moments of silence when you ask an open question to a room of 40 students, and set you up to get better paid teaching jobs at more prestigious and exciting places to work. Having a course like this from TUJ on your resume will demonstrate to those coveted board of education direct jobs that you are invested in the success of your students, and took the time to get qualifications that the majority of other ALTs didn’t bother to get. You’ll be leagues ahead of other applicants when applying for higher paying and better ALT jobs in Japan, and will almost certainly have a richer and more rewarding experience in your school.

I hope this article has been useful for you. If you would like to find out more about TUJ’s ALT course and other further education opportunities, click here.

Temple University Japan Campus (TUJ) is the first educational institution in Japan to be officially recognized as a Foreign University, Japan Campus by Japan’s Ministry of Education, Culture, Sports, Science and Technology. Studying at TUJ offers the same quality education as at Temple University in the United States and makes it easy to transfer to Temple’s main campus or to any other North American universities in the U.S. and elsewhere.

Established in 1989, RCS was the first company to dispatch ALTs to public schools in Japan. Pioneering the industry, the RCS founders shared their insights to grow the industry into what is now an integral part of Japan’s education system. RCS ALTs are mainly placed in public schools throughout the Kanto region of Japan. Their motto, ‘Connect, Motivate, Inspire,’ reflects the company’s ongoing pursuit of transforming the kids in Japan of today, into the leaders of the future.