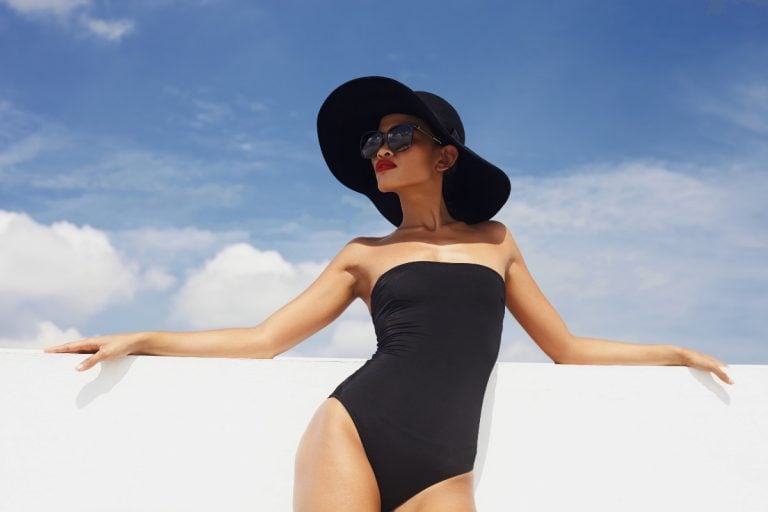 It is surprisingly easy to get a job as an actor/model in Japan. Many Japanese TV stations, movies, dramas and commercials require foreign faces. And, since there are comparatively fewer foreigners in Japan, there is much less competition for these roles than in other countries.

In other countries the jobs of actor, model and commercial actor/model are distinct. However, for foreigners in Japan, you will likely get opportunities to audition for all three, as you are referred to as a foreign talent, or gaikokujin tarento (外国人タレント). Acting in movies, modeling for clothing brands, overacting for commercials, most people who work in Japan as a foreign talent have done it all.

Should you give it a shot? Absolutely! If nothing else, you’ll get a fun adventure out of it, a chance to be on TV, and a chance to make friends with the other foreigners at the shoot. I’ve met some of my best friends while modeling.

Should you consider being a foreign talent as a full-time job? As fun as it sounds, this kind of work is not for everyone, it really depends on individual ability and preferences. Unless you have a previously established modeling/acting career, it’s better to try it out slowly first. Perhaps get a few gigs on the weekends, or when you have the chance. Also, like all jobs, at the end of the day, it’s still hard work, with long hours (sometimes you film 48 hours in a row without sleep) and uncertain pay.

But you’d still like to try your hand at acting and modeling in Japan, here’s how to get jobs, in 3 easy steps.

Step 1. Have a Visa That Allows You to Work doing Acting and Modeling in Japan

Of course, to be permitted to work and live in Japan the first step is to get the correct visa.
The visas which allow you to work as a model/actor in Japan are the following:

It is often easier to come to Japan on a different type of visa, for example, a sponsored working visa, working holiday visa, or a student visa, then get special permission from the Japanese government to do modeling/acting on the side. Getting special permission is very easy, just a matter of doing the paperwork. After, if you enjoy modeling/acting and wish to pursue it full time, you can then transition to an entertainment visa sponsored by an agency (if you find an agency willing to sponsor you).

If you already have a substantial acting/modeling career abroad, you can also contact an agency and see if they are willing to sponsor you before you move to Japan. However, I have found these cases to be much rarer, as it is a big risk on the part of an agency to accept a model/actor they’ve never worked with before.

Step 2. Register at A Modeling Agency in Japan

Here is a list of agencies, that I have personally had good experiences with, and can recommend:

Simply reach out to the agency via phone, email, or their websites’ online form, to make an appointment to register. After you arrive, you will have a casual interview with one of the managers, where they will explain how their agency functions, and you will provide your visa, to show that you are allowed to work. If all is well, you can then sign a contract with the agency.

There are multiple types of contracts

Any foreigner who is legally allowed to work in Japan can become a freelance model/actor. You can be any age, have any appearance, and have any amount of past experience — it’s open to everyone! With this contract, you are free to sign up with as many agencies as you would like, or even find work on your own. However, to get this kind of contract, you will need to be in Japan on a visa already, as it is very rare for an agency to sponsor your visa with a freelance contract.

With this contract, the agency will sponsor your entertainment visa, in return, all work you obtain must go through the agency. Depending on the terms of the contract, you are allowed to work with other agencies, however, you must always direct them to your own agency, which will usually take an additional cut of the fee. You can also find work on your own, but again, you must be paid. It is difficult to get a sponsored visa right away unless you already have an impressive modeling/acting resume. The usual path, is after, you work for an agency for a while, and prove you can get jobs with them, once it’s time to get your visa renewed, you can inquire about getting an acting visa sponsored by them.

With this contract, you can only work through the agency and are not allowed to receive job offers from other agencies/have contracts (even freelance) with other agencies. The most restrictive, but often the most financially secure of the contracts. Many exclusive contracts include an estimate of how much money you should expect to make per month. If you are unable to make that amount, the agency will pay you to make up the difference. That way, even if you have a bad month, you can still pay your rent and living costs. Another perk is that, often, agencies give their contract models exclusive, agency only, job offers, that they will not give their signed freelance models.

Before (or after) signing up with the agencies, it’s best to give the agencies you’ve signed with a few nice headshots. It’s good to have a mix of photos, from professional to fashion, to casual/commercial. Also, you should include a range of expressions, like smiling, cool (think the expressions you see in fashion magazines), and neutral. Your main headshots should be neutral, with photos showing the sides of your face, front, full body.

Even if you don’t have any photos, most agencies will take some quick snaps of you for your profile when you register. But since your profile is the first thing future clients see, a few casual snaps outside make much less of an impression than a nicely lit (but not overly edited) professional photo. Most models’ profiles are a mix of photos from their past work, photos by pros (or photographer friends), and/or street snaps by the agency. After you’ve registered with some agencies, they will start sending you email offers using something called the “Keep System”. The agencies will also explain this system to you when you sign up with them, but here is a summary. If you are 100% free on the date of the job being offered, you reply to the email giving the agency “first keep”. If you are not certain to be free on that date, or if you have already given a different job your “first keep” for the same date, you reply with “second keep”. Finally, if you have already booked a job on that day, or otherwise are definitely not free on the date of the job, you should reply with “NG”.

If you give an agency your first keep for a date, it is very important that you are actually available on said date. If you don’t show up for a job, you can get into legal trouble, including very large fines.

When you reply to a job offer email, the agency will often request you to send a recent selfie without editing or filters, to show the clients how you look right now. Often jobs will also request a self-introduction video in both Japanese and English, including your name, age, nationality, and the name of the agency you work for.

Some jobs will require in-person auditions. For those, make sure to show up on time, look nice/professional, and prepare as much as you can! You will also need to know how to introduce yourself in Japanese.

Now all you have to do is keep track of the different jobs you’ve applied for, and wait to get a gig. You will get many rejections, but don’t give up. If you apply for jobs enough times, you’re sure to get one eventually!