Imagine yourself walking through a winter wonderland. Snow covers the ground, painting the city a perfect white. Trees are adorned with lights and statues made of ice and snow tower over the hundreds of visitors. At night, the sculptures are illuminated with fascinating moving lights that give you the feeling of being in an enchanted park. The flavors of delicious foods will serve to delight your palate. This is the Sapporo Snow Festival, which in 2022 will be held from February 5 to 12.

History if the Sapporo Snow Festival

The Sapporo Snow Festival began in 1950, promoted by the city of Sapporo and the local Tourism Agency. The origin of this festival took place at that time, when some high school students from the city made six sculptures of between 3 and 5 meters using the snow that accumulated in block number seven of Odori Park, a place that was used as a garbage dump during the winter season. It is said that these students, who did not have even the most basic knowledge to create a snow sculpture, took the utensils with them to the place and made the statues learning by trial and error, under the direction of an art teacher.

On the same day of the festival, dog races, dances and a theater contest among other entertainments were held for the enjoyment of more than 50,000 spectators. Sapporo’s residents enthusiastically welcomed the Snow Festival, which enlivened the city’s long and dark winter, and therefore from the second edition the city council decided to establish it as one of the official and annual celebrations. From then on, the snow sculptures were refined and enlarged with each edition, and the scale of the festival also increased. 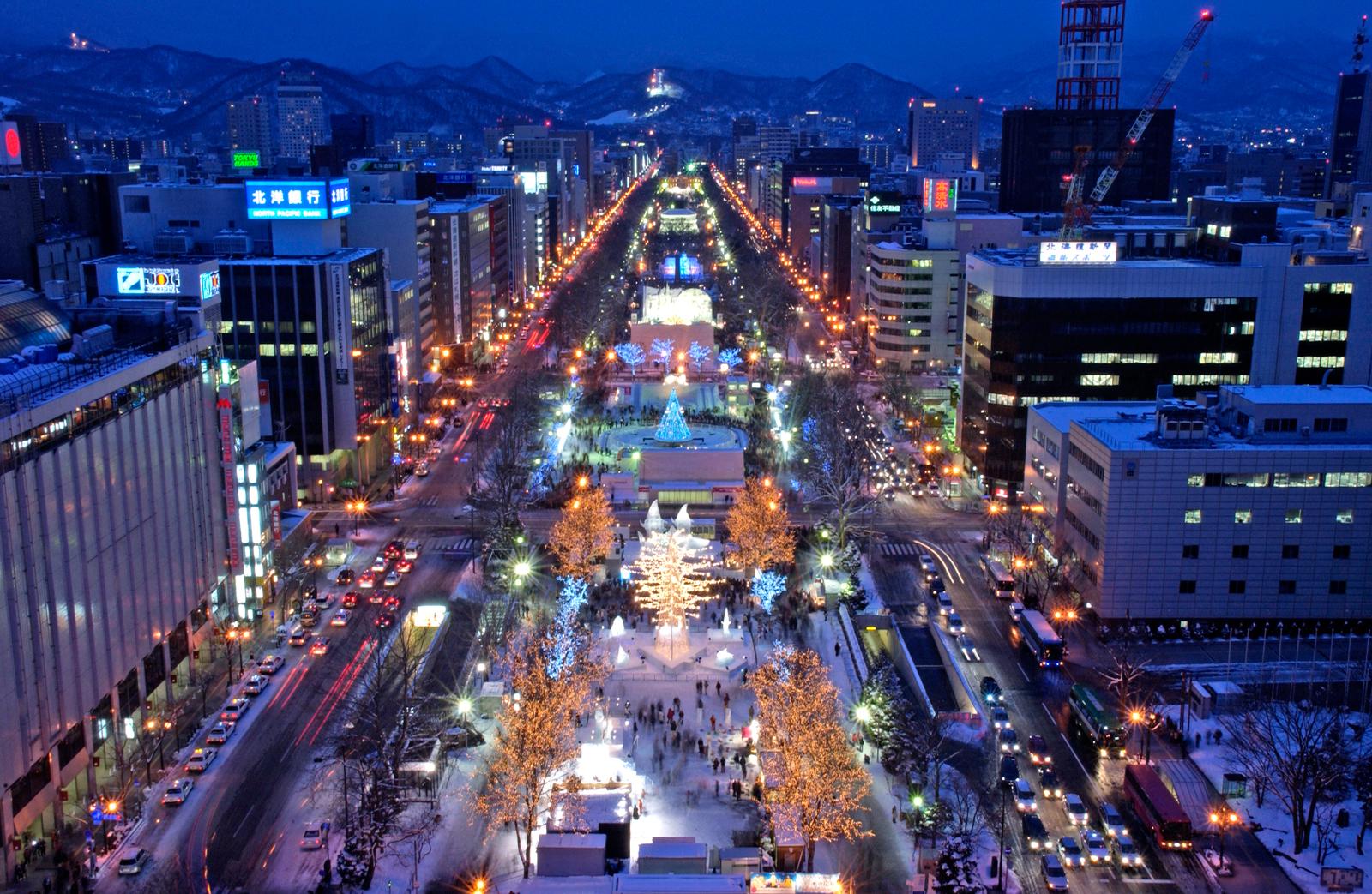 The Snow Festival is located in three locations: Odori, Tsu Dome, and Susukino.

In addition to a dozen or more large sculptures, the park is filled with hundreds of smaller snow statues. The statues are illuminated every day until 10 at night. Various concerts and outdoor events take place in Odori Park during the week of the festival. Food and souvenir stalls are on the street and there is an ice skating rink in front of the Sapporo Tower.

If you want to see the park from above, you can do so from the Sapporo TV tower, located at the eastern end of the park. The tower is open from 8:30 a.m. to 10:30 p.m. Admission to the observation deck costs 720 yen for a single visit or 1,100 yen for a full-day pass.

As for Tsubame or Tsu Dome, it is a playground for families. Inside the covered enclosure, you will find food stalls and a stage for events. Outside are three large snow slides, a rafting track, a snow maze, a snowman building area, and snow sculptures of all kinds. The Tsu Dome venue usually opens a few days before the official start of the festival and is open every day from 9:00 to 17:00.

Lastly, the Susukino compound is located in the city’s entertainment district. About a hundred ice sculptures are on display and illuminated until 11pm every day.

What to do at the Sapporo Snow Festival 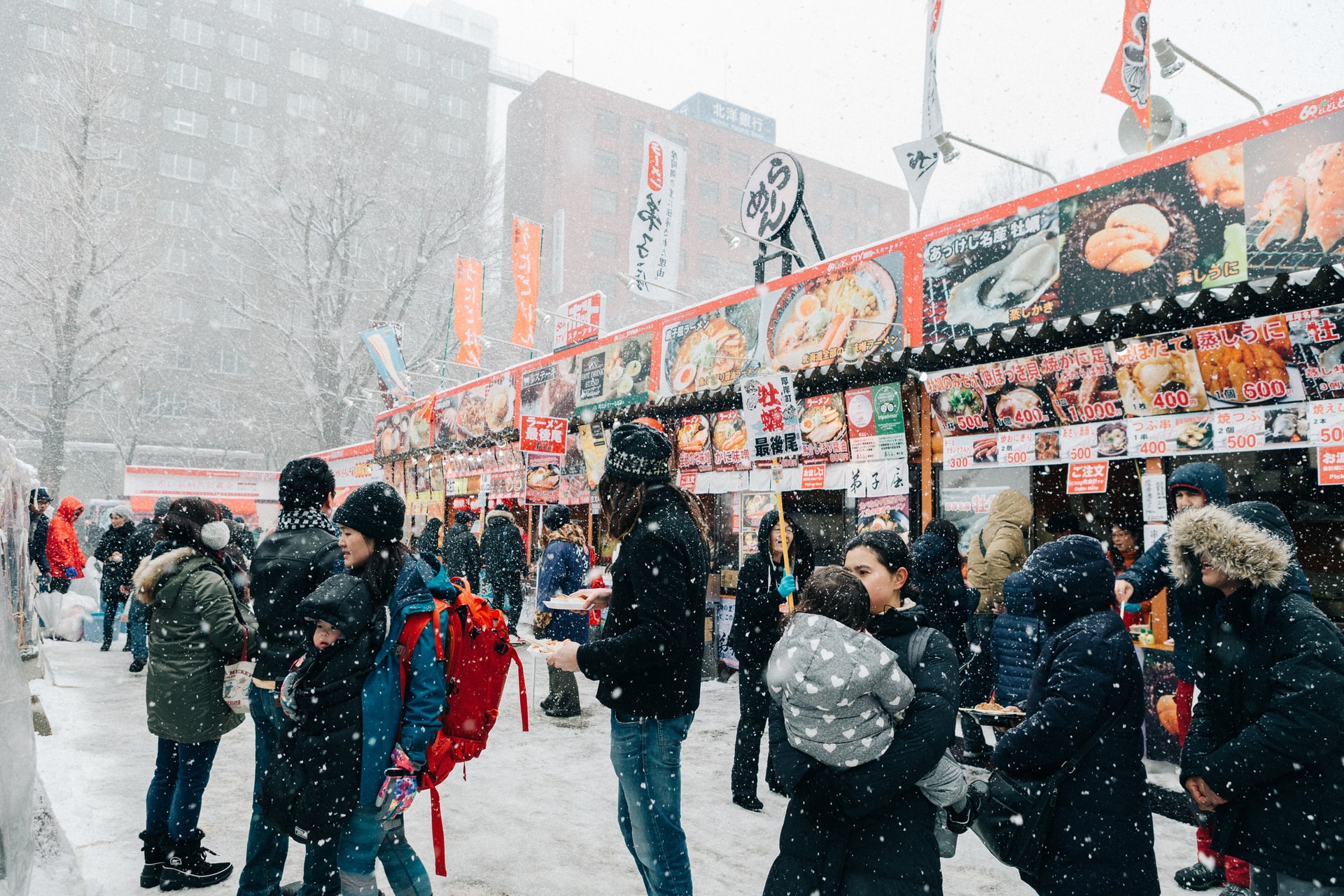 There are always things to do and see at the Sapporo Snow Festival. For example, some of the many ways to enjoy this festival are by viewing and photographing the multiple statues of snow and ice; tasting delicious Japanese and Hokkaido cuisine, such as seafood and meat, as well as mulled wine; watching concerts and outdoor events; tumbling down the slides and snowy slopes of the Tsu Dome compound, or enjoying the night-time illumination of the statues up close or from the observation deck of the Sapporo Tower. As for the latter, you cannot leave before dark if you want to enjoy the video mapping shows on the building-size sculptures. The shows start as soon as night falls and each last between 5 and 10 minutes. Trees are also part of the decoration and sculptures shine throughout the park.

How to get to Sapporo

To get to Sapporo from Tokyo, take the JR Tohoku / Hokkaido Shinkansen to Shin-Hakodate-Hokuto Station. Then transfer to the limited express from Hokuto to Sapporo. The trip lasts about 7 and a half hours and is covered by the Japan Rail Pass. Reserved seats may be requested on some trains.

The Sapporo Snow Festival is a must on any traveler’s bucket list. Do not miss it!