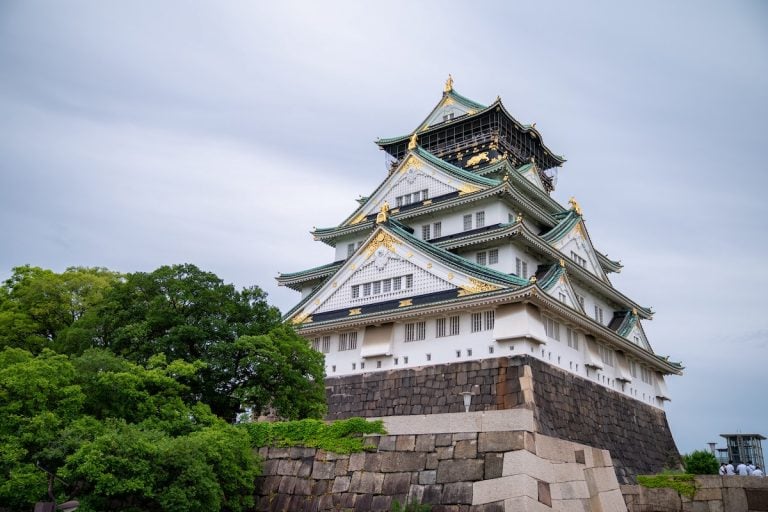 Known for food, a rough exterior and leopard print, Osaka is one of the most dynamic cities in Japan. From the classic Must-Do’s to insider exclusive spots, here are 20 fun things to do in a city that I call home, Osaka.

Osaka Castle is one of the most iconic spots in the city, known for the gorgeous 400-year-old castle surrounded by lush green space, shrines, cherry trees, and a plum tree garden. And after a tour of the castle or walk through the park, cross the street at the park’s southwest corner to get to the Osaka History Museum and the adjoining NHK Museum. The history museum begins on the 10th floor, making use of panoramic windows and high-tech displays to demonstrate the dramatic changes Osaka has experienced throughout history. Exhibitions are immersive and interactive, providing a firm sense of how this port city became so influential.

This incredible complex was first the site of the 1970 World’s Fair, where the Tower of the Sun (taiyō no tō) was built – a massive crow statue with eyes that light up at night. The expansive, well-manicured park is beside a newer shopping complex, Expo City. There’s a cinema, rides, virtual gaming experiences as well as VS Park, a two-floor building filled with obstacle course-like games and activities to get your blood flowing.

Hoshida Park is a local spot for families to hike, enjoy bird watching, and have barbeques. There’s also a rock-climbing wall, flower gardens, and Hoshi Buranko, a bridge that allows for incredible mountain views. This is the perfect place to get out of the Osaka bustle and practice Japanese while enjoying nature. 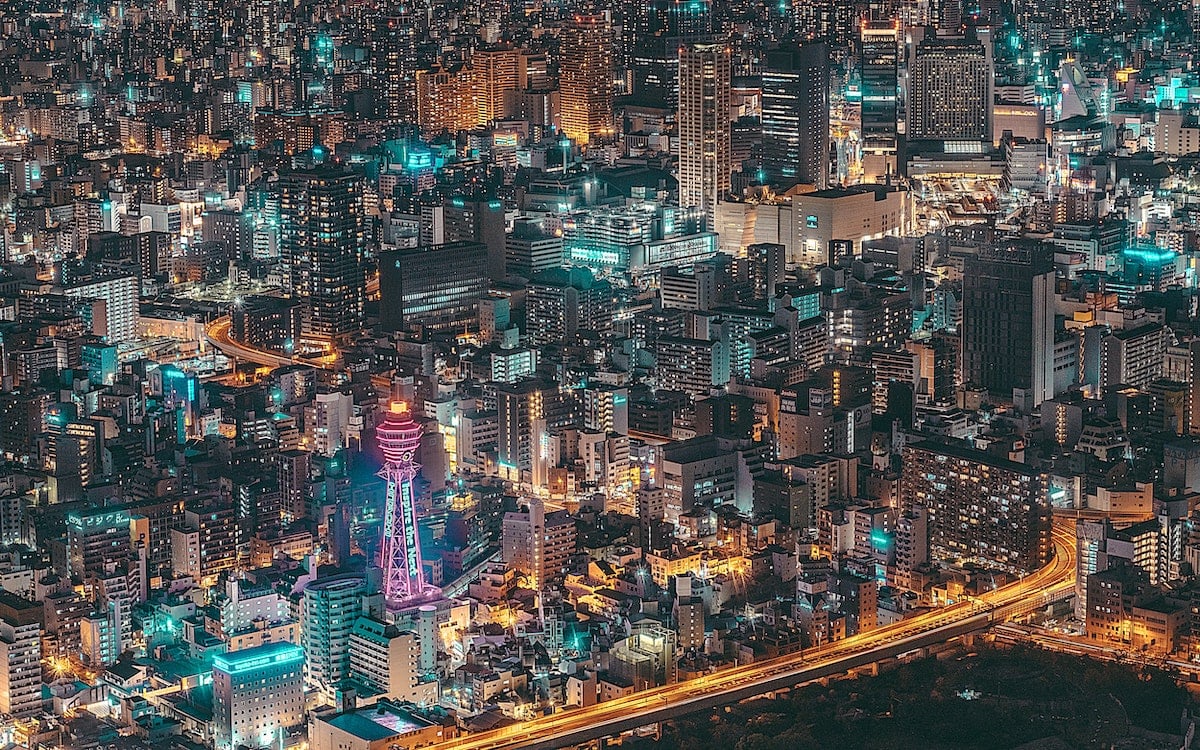 On your way back to downtown Osaka from Hoshida Park, you will most likely pass through Hirakata Station. Why not visit one of Japan’s most beautiful bookstores? This complex, spanning multiple floors with shops, restaurants, cafes, and stationary stands, utilizes glass panels and striking architecture to perfectly frame their walls of books that are visible from the outside. Upon entering, it’ll impossible not to crane your neck as book displays reach the ceiling, and the selection rivals that of any bookstore in Osaka proper.

Asahi Beer is a legendary brand known throughout the world and in Osaka you can tour the factory, learn how the beer is brewed, and reward yourself for walking through the entire factory with a tasting. There are four Asahi factories in Japan, with Osaka’s being the first, built in 1891.

6. Visit both one of the best aquariums and Japan’s shortest mountain

Kaiyukan is an impressive aquarium which leads visitors down a looping, spiral path. The exhibits are segregated between oceans and allows for viewing habitats from different angles as the path descends. Once the tour is complete, Mount Tenpō is just a short walk away. With the summit at just 4.53 meters above sea level, it is controversially considered Japan’s shortest mountain. There’s a Ferris wheel between the mountain and Kaiyukan as well.

The Tennoji area is a local gem that has been well kept from tourists but should not be missed. Tennoji Park hosts Tennoji Zoo, where you can get African wildlife, sakura, and skyscrapers in the same photo. Next to the park is Spa World, one of the largest hot spring complexes in the world. Floors are split by gender and rotate depending on the month – depending on your time of visit you may enjoy a massive space with faux Roman statues, exotic grottoes and grand archways, or a tour through Asia with rooms ranging from tropical Thailand to traditional Japanese.

Just a few train stops away is Tsuruhashi, Osaka’s famous Koreatown. Of course, Tennoji proper has plenty of food options in one of its many malls, but Tsuruhashi is where locals and Korean nationals alike go for authentic Korean markets, food, and K-pop goods.

American Village, known as Amemura, is Osaka’s fashion trend hub. This neighborhood is bursting with clothing shops, from high-end vintage to accessories following the latest fads. Bubble tea, loud music, and colorful murals make Amemura a town that stimulates all the senses. It’s easily accessible as most train companies have stations in the Shinsaibashi or Namba areas.

9. Osaka Museum of Housing and Living

Conveniently located just outside of downtown Umeda, this. museum features town block replicas that visitors can walk through to experience an atmosphere of an era long gone. Aside from the immersive space, there are also miniature models showing the development of Osaka neighborhoods and how the lives of locals have changed throughout the years.

10. Drink in a hidden izakaya neighborhood

Ura-Namba (“back” or “hidden” Namba) is an area that is teeming with vibrant izakayas just out of sight. Walk north of the Taito Station, away from Denden Town (the Akihabara of Osaka). Turn right into any of the side streets before Osaka Takashimaya/Nankai Railway Namba station and you’ll be greeted with boisterous laughter and grilled meats inviting you to have a classic Namba night.

11. Make your own food model at Morino Samples

Undoubtedly one of the most iconic items ubiquitous in Japan are the realistic food models. At Morino Sample in Hirano-ku, you can make your own with prices averaging around ¥3,000. It is also possible to get a tour of their factory. 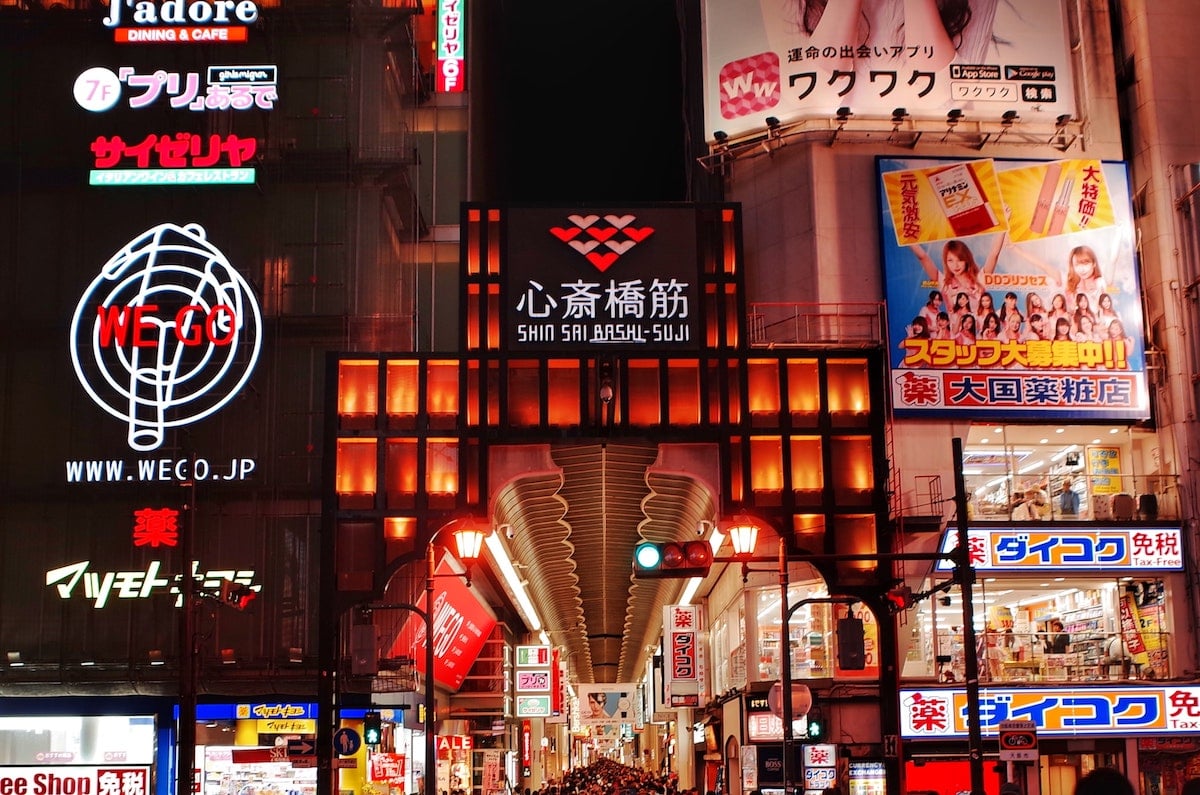 After making model food at Morino Sample, Hirano-ku’s Zenkouji is a convenient temple to stop by to check what the likelihood is that you’ll end up in hell. Read the set of examples (in Japanese), press the buttons that apply to you, and the display will use those answers to determine how you’ll fare in the afterlife. This novelty within the temple serves as an educational tool, with separate “hell” and “heaven” exhibits to illustrate abstract Buddhist concepts. The temple even puts on plays for children about Buddhism.

Do you like to clean (or the technology that helps you clean)? Do you like donuts? If you answered yes either of these questions, the Duskin/Mister Donuts Museum is perfect for you. The first floor is the Mister Donuts section where you can learn about the company, the art of donut making, then make donuts to bring home with you. On the second floor, you’ll learn about Duskin’s history, cleaning technology, and even get a chance clean up a model kitchen.

This park, formally known as the Tsurumi Ryokuchi Expo ’90 Commemorative Park, was established for the 1990 International Flower and Greenery Exhibition. While there are a few spots on this list where you can escape the city whilst never truly leaving, this is the only spot that features a massive Dutch windmill surrounded by tulips. This is part of the Mountain Area (yama no eria) which uses actual soil and architecture from different parts of the world to imitate foreign gardens.

The Kofun period of Japanese history ran roughly from the 4th century to the 6th century CE and is named such for the kofun mound burial tradition used during that period for deceased nobility. The Mozu Tombs in southern Osaka are a UNESCO World Heritage Site that includes the largest kofun in Japan, which is believed to be the tomb of Emperor Nintoku.

Founded in 211 CE, Sumiyoshi-taisha is the main Sumiyoshi shrine of the numerous scattered across the country. For Japanese history or literature buffs, this shrine was featured in Murasaki Shikibu’s The Tale of Genji, one of the world’s first novels. It is additionally the stage of many folktales and is one of Osaka’s top shrines to visit for hatsumōde, the first shrine visit of the year.

No matter your age, there’s something for everyone at USJ. The newly opened Super Nintendo World excites with its abundance of vivid colors and games, while The Wizarding World of Harry Potter is so immersive that it’s easy to believe magic truly exists. Throughout the park there are numerous shows and performances for music and theater enthusiasts, while for the thrill seekers there are exhilarating rollercoasters. USJ is an Osaka classic that strikes the perfect balance, pleasing both children and adults alike.

If you have a few hours to spare and enjoy endless discovery, Osaka/Umeda Station will no doubt satisfy. This complex connects Hankyu, JR, and Osaka Metro stations and is considered to be Japan’s greatest station labyrinth, more so than even Tokyo’s Shinjuku or Shibuya stations. Multiple food halls, department stores, stalls, grocery stores – you name it, it’s there.

1-Chome and 2-Chome, between Shinsaibashi station Nagahoribashi station going south toward the famous Dotonbori, are endless streets filled with authentic Chinese restaurants. This is Osaka’s secret Chinatown, which is quiet during the day and transforms during dinner time. From the world-famous Hai Di Lao Hotpot to mom and pop northern fare shops, these two chōme are bursting with mouth-watering options.

The first open-air museum in Japan, this museum features 11 traditional Japanese farm houses that were restored and preserved. The houses on were built between the 17th and 19th centuries and come from different regions of Japan. It is located within Ryokuchikōen, Toyonaka.