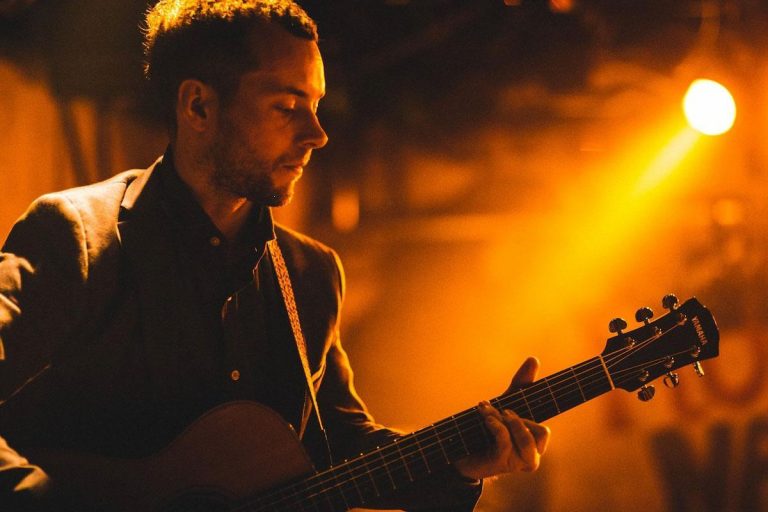 Getting ahead in the creative industry is no easy feat, let alone in a completely different country to the one you grew up in. Yet, language is no barrier for one renowned, local musician, Robert Taira Wilson. The singer-songwriter has battled the odds to be able to perform his music by communicating through the universal language of music. Join me as I sit down with Robert to discover how he was able to find his path into the Japanese music scene.

What motivated you to come to Japan?

I ended up visiting Japan while I was an art student. As soon as I landed, I had an uncanny feeling that Japan was where I belonged. It’s difficult to put my finger on why. It resonates with me deeply. You can’t always explain why you fall in love but it’s often the mystery that pulls you in. 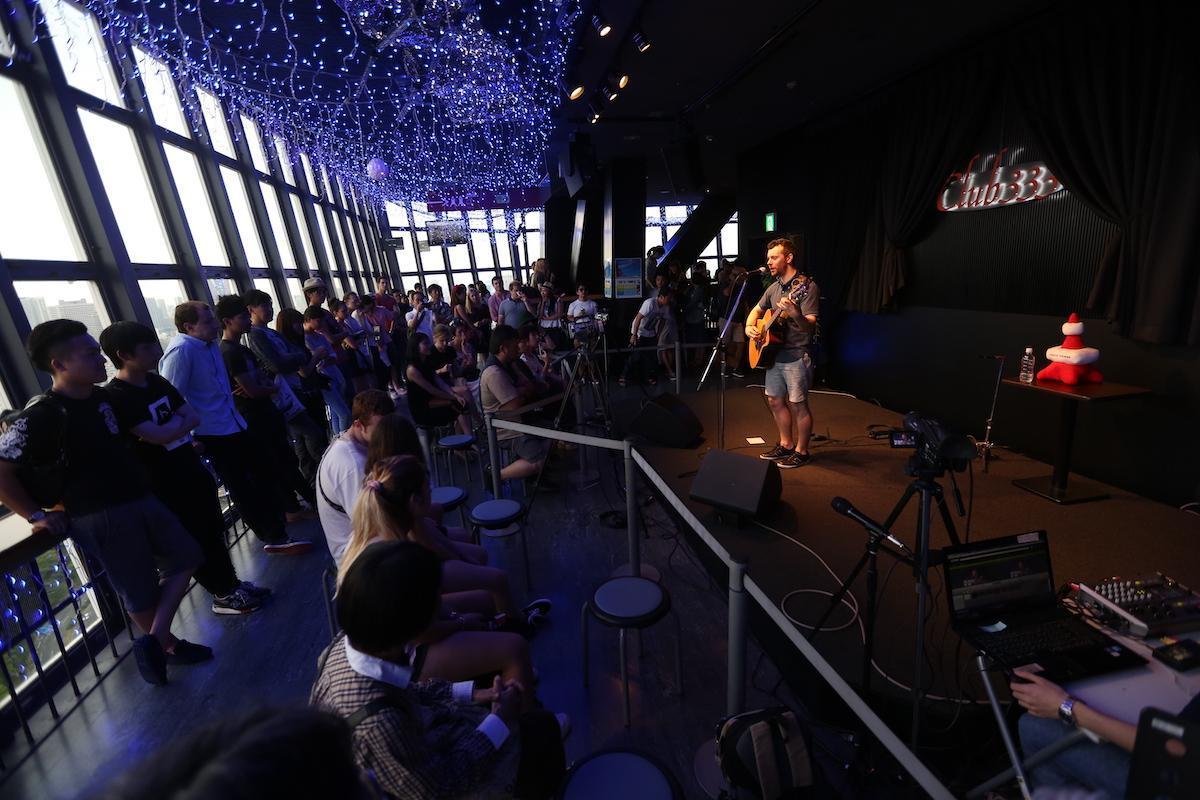 What was it like adjusting to life in Japan, and what did you discover?

After graduation, I struggled in London for a couple of years before looking for ways to come back. I found a job in Osaka. I found adapting to life in Japan extremely easy, growing up I always wanted to travel somewhere far away. Although it took a while to find a community where I felt I belonged. It took about a year for that, and it was a very lonely year. But playing music gives you a way into a lot of places and helps you meet a lot of people.

There are indeed hurdles to living here. People tend to stick to their circles a lot and don’t meet new people as often as we do back home. It can make society seem a little impenetrable to an outsider at first. But the flip side of this is, once people get to know you, they are very loyal. The Japanese people that I’ve met here will be friends for life.

There are so many distractions in modern life, but being in a foreign land, all those distractions stand behind a foreign language. I don’t understand the things that are being said around me on the train, I don’t comprehend the silly lyrics in that J-pop song, and the relentless advertising doesn’t penetrate my conciseness as easily as it does back home. Life is bliss!

How did you start your career in Japan and how did you become a performing musician in Japan?

When I came over I knew no one, so I started busking. I bought a battery-powered amp and after work, I would wheel it out to places all around Osaka. It was a steep learning curve as I had to pick up all the unwritten rules. But sometimes more than one musician was ‘allowed’ to perform at these places. If that was the case, the ‘rule’ was that each musician could play for 15 mins before alternating.

If the police came you would have to pack up and go, but you would simply walk around the corner and wait for the police to disappear. Then you would go right back and start performing again. The police would give you three strikes per night. After that, they might write your details down. I never found out what would happen after that. The police were always polite but I did have a policeman tell me that making noise wasn’t nice for people in the station. I found it funny as I was directly underneath a 20 foot TV screen at the time which blaring adverts at stadium level volume.

Eventually, I got an invite to perform at a real show over in Kobe by another English teacher/musician at the time who was into rock/metal music. At this show, I met another musician called Justin. He’d been living in Kobe for 10 years, and he introduced me to lots of bars and venues in the area. Kobe is only 40mins from Osaka and I go there almost every weekend.

With Justin’s help, the whole city quickly opened up to me. Soon after I met the Alchemy crew(a prolific international bar in Kobe). They Want to create a string of venues around Japan so artists can come over and have places to play and stay with local communities of music lovers ready to come out and listen to them.

After a while, I moved to Tokyo. I went to Ruby’s, a venue for musicians to perform sets. I went early to get a slot. One benefit of that is you can talk to locals in the line to get a feel of what the scene is like in Tokyo. The band, “The Watanabe’s” had made a name for themselves over the past 10 years in the Tokyo indie music scene, and their lead singer was instrumental in getting me a bunch of important opportunities here in Tokyo. One of which was performing at the top of Tokyo Tower, an absolutely incredible experience and probably the most beautiful view from a stage that I’ve ever seen. He is always keen to hear what we’ve been up to and frequently gives our music airtime on his prime time show.

I made my first modest venture into organizing my own events at a little book shop called infinity books. The very first artist I found for the project was a singer/drummer, who made really interesting carnival-like music. I was a real fan of her music and it was at one of her shows that I ran into Justin Sachs. Justin had been organizing events under his brand ‘More Than Music’ but he’d been on a bit of a hiatus when we met.

Justin had done similar meetup events with food and drinks a few years before but this time we incorporated live music. We held the events at a local craft beer brewery in Asakusa and we included their drinks in the ticket price. We really wanted to strike a good balance between a social and live music event. A lot of people would just be there to meet some new faces but were then surprised at how much they also enjoyed the music. 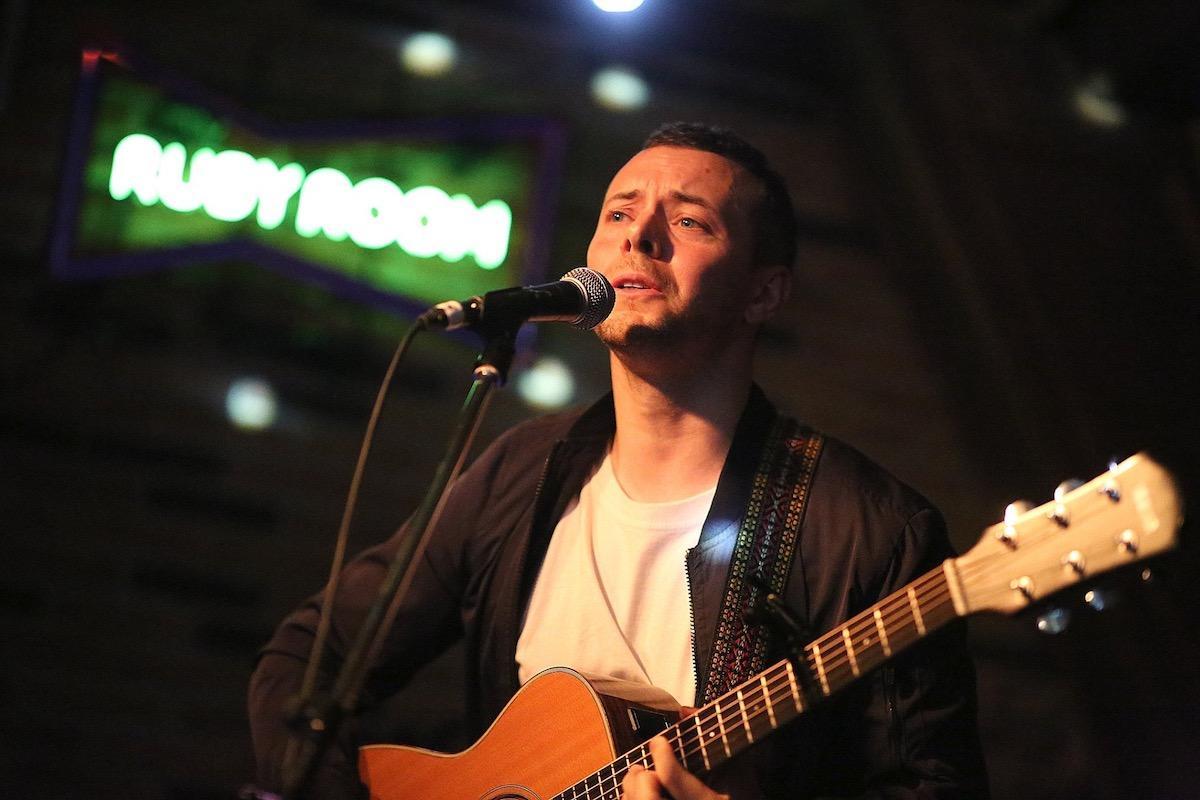 Have you noticed any differences between the Japanese music scene and the music scene in your own country? Do you have any examples?

London has been one of the main global hubs for aspiring musicians since the 60s. You can meet a lot of extremely talented people here just queuing up outside the local open mic event. To get opportunities from the higher-ups, there seems to be a lot of focus on the metrics. Followers/views/hits/streams etc. It’s an environment that really favors the savvy minded, the well connected and the ones that can talk the talk.

In Japan, there is less of a focus on that. People are very supportive of each other and are so pleased if you take an interest in what they are doing. Musicians are always keen to come out to each other’s shows.

Audiences are always very attentive and polite. They buy CDs and tickets to shows, which is a very encouraging gesture to an independent artist. It really motivates me to keep doing what I do and keeps taking the risk of putting out new music for people to hear.

Beyond this, I can’t really speak of the ‘music scene’ in England or Japan as I’ve never seen myself as a member of either. I do my music with the means that I have at my disposal. One thing is that the location of our physical bodies isn’t as important as it used to be. I’ve started live streaming every week from my home, and my music is online for anyone to listen to. I play a show about once a month here in Tokyo, which gives me enough time to show people something new every time they come and see me.

Where can people see you play?

I have a website where I share my events and music or you can come to see me LIVE with More than Music events.

Are you an aspiring musician in Japan? Making it can be a challenge, but persistence and creative problem solving can put you on some interesting paths in Japan, like Robert‘s. You too can find your dream job in Japan by going on to Jobs in Japan and starting your new adventure, today!