Relatively flat and famous for its safety, Tokyo offers a variety of jogging routes that combine green spaces with sightseeing. With annual events like the Tokyo Marathon, and the extra motivation brought about by the Tokyo 2020 Olympics, jogging has become a popular pastime among Japanese people.

This bustling metropolis boasts a surprising number of green parts and spaces easily accessible by public transportation and suitable for either jogging or longer tours. Here we show you some of the most beautiful and jogging areas in Tokyo. 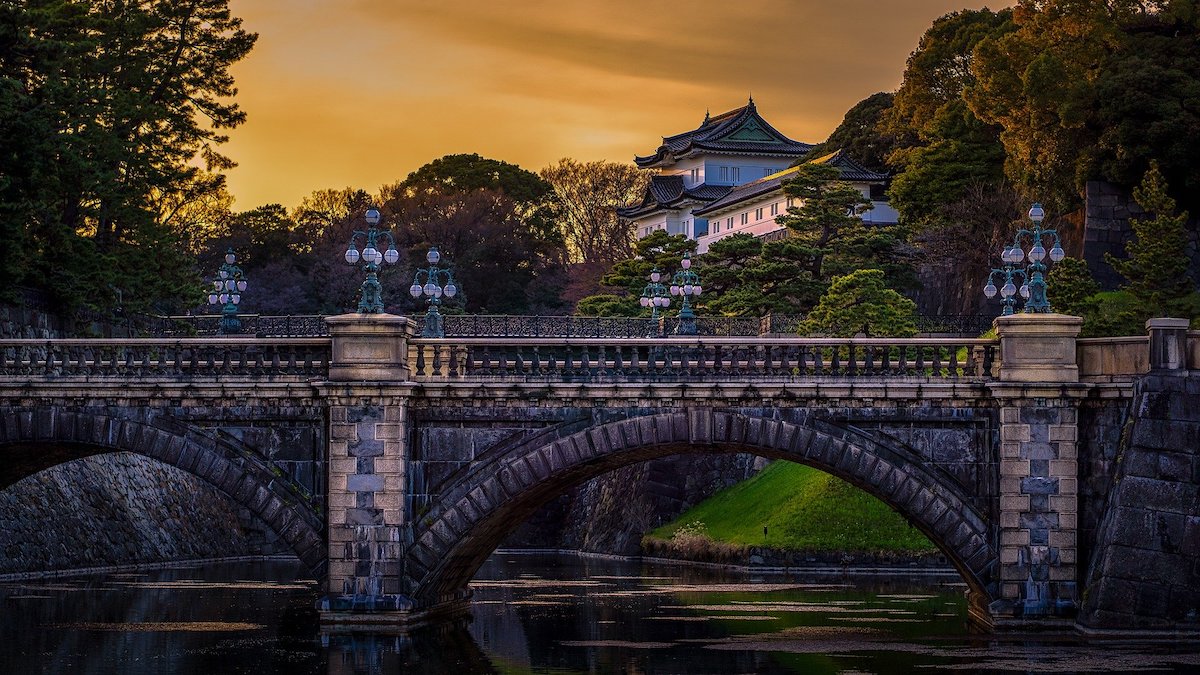 This emblematic place offers a 5.3 km flat route, without cars or traffic lights and is especially beautiful in spring and autumn. You can start from any point, run counterclockwise and circle to your left. You will find drinking fountains and clean toilets along the route. Places to rest and change your clothes, including Runners Station near Kojimachi Station, Joglis at Hanzomon Station, and Adidas Runbase at Nagatacho Station. They all have rental lockers, refreshments and paid showers.

The interior grounds of the Palace are not usually open to the public. However, every year, on special days, visitors can enter this space and witness public appearances by the Imperial Family. These dates are January 2 (the New Year greeting) and February 23 (the Emperor’s birthday).

The Imperial Palace is located in Tokyo’s Chiyoda ward, just a ten-minute walk from Tokyo Central Station. You can get to Tokyo Station via the Yamanote, Chuo-Sobu, Keihin-Tohoku, Ueno Tokyo, Yokosuka, and Keiyo lines. 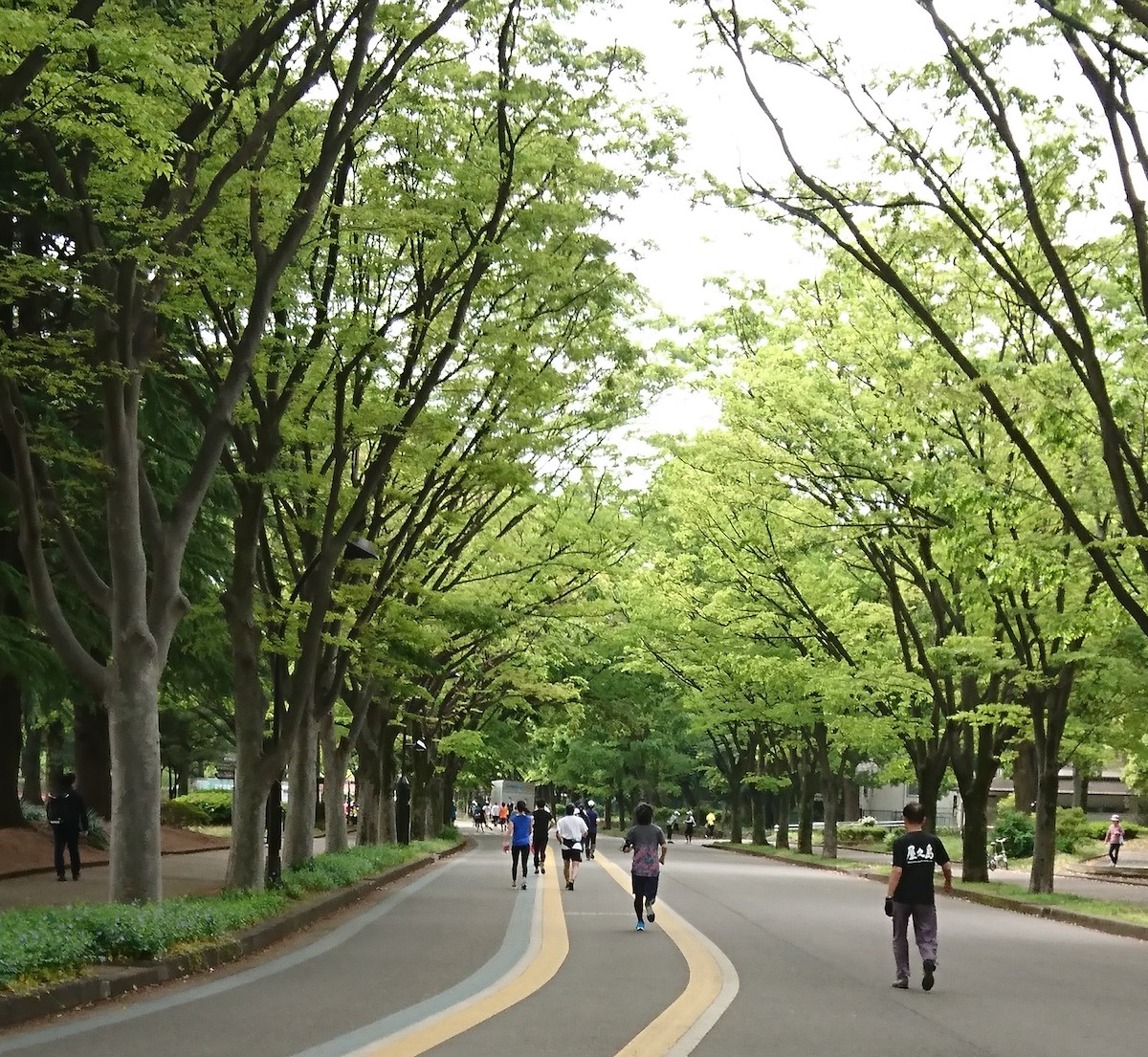 Komazawa Olympic Park, created for the 1964 Tokyo Olympics, features a 2.1-kilometer tree-shaded path in a fashionable residential area near Komazawa-Daigaku Station. The running route is shared with cyclists, so for your safety, run outside of the blue bike lane. After your run, you can also check out the retro brutalist architecture of Masachika Murata’s 1964 stadium.

This park is open 24/7, and can be accessed from Komazawa-Daigaku Station.

Close to Aoyama fashion area and Gaienmae station. Jingu Gaien is a park famous for its yellow ginkgo trees in the fall. This is one of novelist Haruki Murakami’s favorite running spots, and features a 1.5-kilometre route that circles the park. The lane stops right next to the new Olympic Stadium, so watch out for construction vehicles.
Opening hours vary depending on the facility you want to use and prices will also vary depending on the establishment. The Meiji Jingu Gaien can be accessed from Gaienmae Station on the Ginza Line. 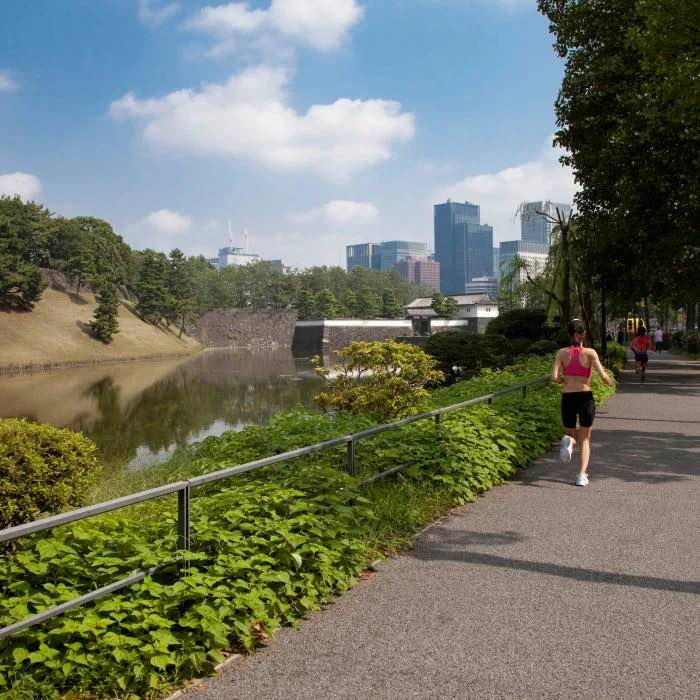 Tokyo has a network of waterways that run through the city like veins in the body. In the past, these rivers were used to transport people and goods from one place to another in ancient Edo. Today this area offers a much-needed respite from the hustle and bustle of this ever-moving, ever-changing city. Although there are no set routes, your jogging route along the Sumida River can be as long as you like. Lots of people start running in Asakusa towards Tsukishima, near the Tsukiji Fish Market, a 9-kilometre run that passes through some fascinating parts of the city. You can run along either of the two banks of the river. Keep in mind that in many parts of the route there are stairs near the bridges.

As a curiosity, on the last Saturday of July, the sky that covers the Sumida River lights up with the spectacle of the Sumidagawa fireworks festival. Therefore, you can enjoy a pleasant evening with crowds of people, lots of food, drinks and thousands of firework displays.

Things to keep in mind

Although we believe that you will have absolutely no problem jogging in Tokyo, there are some very basic aspects that we are sure will help you make your experience much more comfortable and pleasant.

Many Tokyoites go jogging after work, thus it is usually less crowded first thing in the morning. Also, when you catch up with someone, try to be gentle before overtaking them and tell them “sumimasen” (“excuse me”). Lastly, if you are going jogging in the summer, drink plenty of liquids, like water or energetic drinks, as the weather in Tokyo is extremely hot in summer.

Jogging in Tokyo will not only allow you to take care of your body and refresh your mind, but also enjoy spectacular landscapes. It is a truly amazing experience. The atmosphere is healthy, with many people practicing their favorite sports and having fun. Do not miss the opportunity to stop by these places to practice jogging in Tokyo.