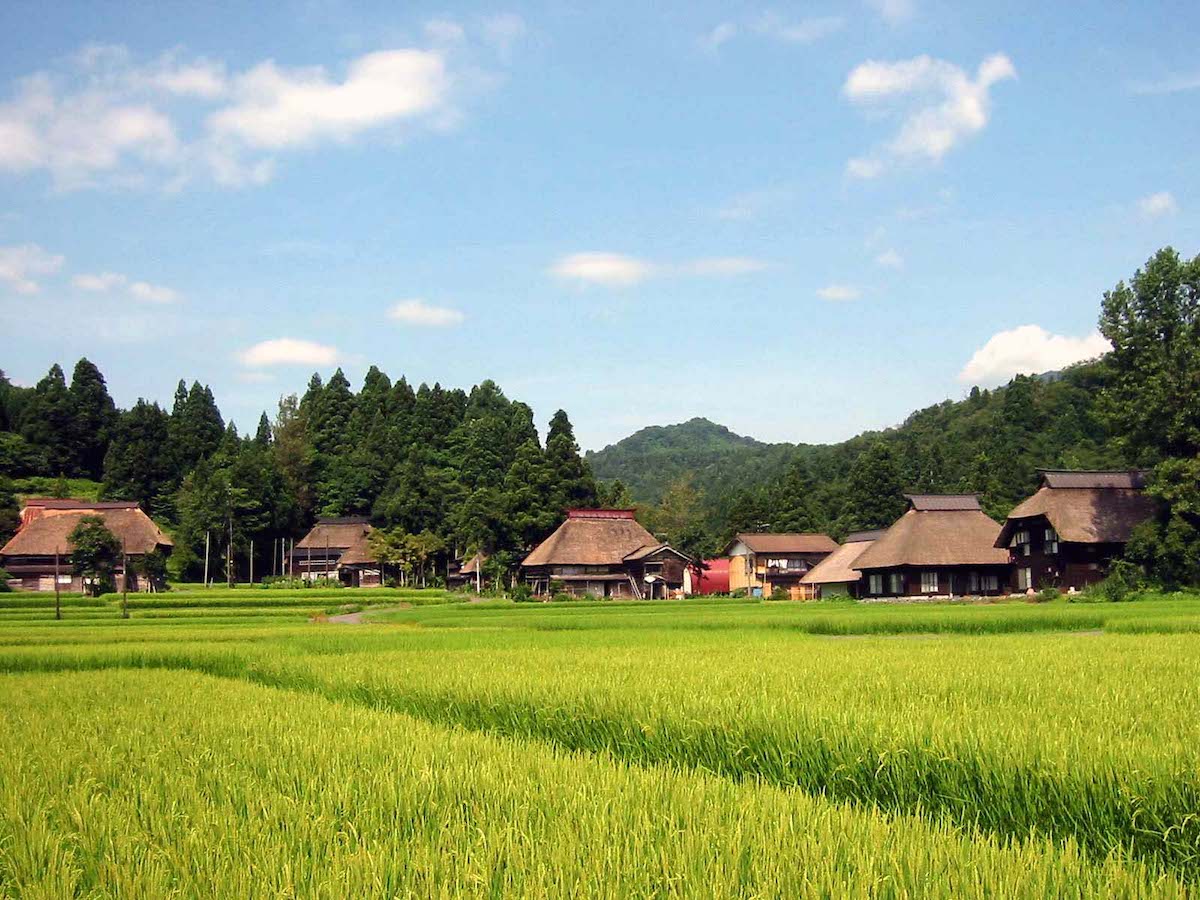 Living in the Japanese country side, or the inaka as it’s called in Japanese, is a truly unique experience. Those experiences however will either make you love your life, or drive you mad. Like with most things, whether you will enjoy living in the inaka or not really depends on you. Today I am going to try to give you an idea of what it’s like to live in the Japanese inaka.

How are the people?

Not to make assumptions on the people in the cities, suburbs or towns, but I feel the people in the Japanese inaka are a lot warmer. Whilst all Japanese people are generally kind and polite, in my case in the inaka it was much easier to break though the social barriers, and experience more genuine relationships.

There is a strong communal culture, and people will expect and appreciate your help in the community. There are village meetings, cleanup days, grass cutting, shrine related activities, sports days, and more. Whilst none of this is legally mandatory, it is a great way to become part of the community.

A problem that many Japanese villages are facing is of an ageing population. This is apparent in Japan as a whole due to the declining birthrate, but villages are hit harder as the youth tend to move to the cities. Many people do often return to their hometown village in their 30’s/40’s, but young adults can be few and far between.
How important are Japanese language skills in the inaka?

Nowadays its quiet easy to get by in Japan with little to no Japanese language ability. Signage is excellent, and it’s easy to make friends who want to speak English. Depending on your goals however, this can be a good thing or a hindrance. You probably won’t have to face this issue in the inaka. Finding friends who speak conversational English is more of a challenge. The upside is your Japanese level will skyrocket, as you have no choice but to use it every day with little to no English crutch.

What to do in the Inaka? Entertainment and Activities 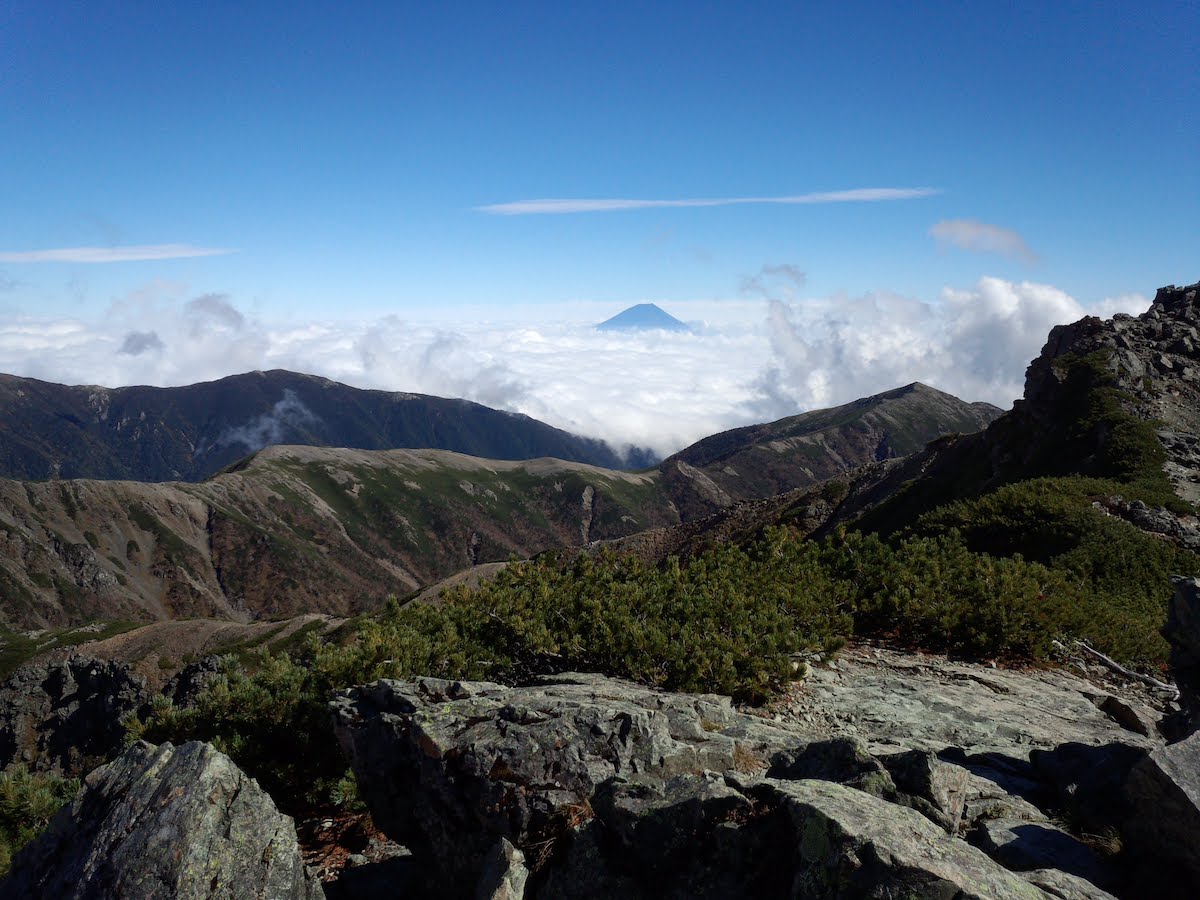 Naturally you are not going to find a Starbucks, bowling alley or movie theatre in the Japanese inaka. However on the flip side, you wouldn’t find a beautiful mountain hiking trail, or crystal clear swimming lake in the city! Whether or not you find the inaka entertaining is simply a matter of your tastes. Outdoors people will find the magnificent Japanese countryside at their doorsteps. For example a quick 10 minute drive from my house is the hiking gateway to the Southern Alps.

Another common activity is farming and gardening. Whilst farming might seem like work, eating your own fresh produce is anything but. Gardening and growing food can be a form of meditation, and you can have the space to create your personal plot of heaven on earth. Pets are also a thousand times easier to keep and care for, limited not just to cats and dogs, but even goats and chickens.

Due to the compact size of Japan, even the most remote inaka villages (baring islands) are actually fairly close to a reasonable sized town. If you occasionally want to go entertainment shopping or karaoke, you can probably find something within an hour’s drive from your house. Using the fast Japanese toll roads, you can even reach a big city fairly quickly.

Finally, again thanks to the compact size of Japan, even the inaka is often serviced with extremely fast fiber optic internet. My village of under 800 people in the mountains has faster internet than in Melbourne city Australia. This makes gaming, streaming and internet calls easy, and lets you get out of the weather if you feel like a quiet day indoors. And best of all, Amazon, Rakuten and so forth are perfectly usable even in the inaka. Besides from remote islands, there is no markup in postage for living in an isolated village, and courier companies tend to make daily deliveries.

How to get around? Transport Options in the Japanese Inaka 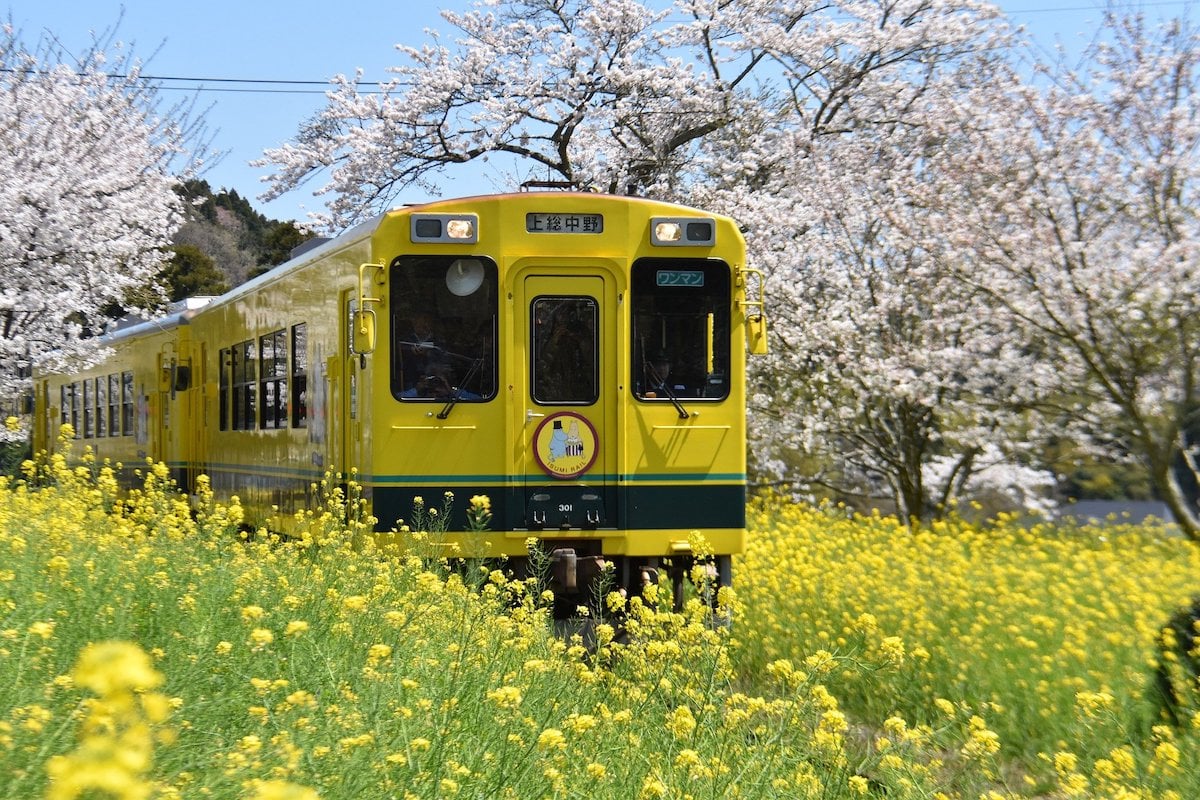 Unlike the cities, suburbs and large towns in Japan, the inaka naturally does not have such extensive train systems. Some villages do have a train line, but the line is often infrequent with a single train each hour, and rather slow. The upside is the train-cars are usually quite clean and spacious, and the view from the window is naturally fantastic. These trains seem to mostly service high school students, and so outside those hours it’s pretty relaxed.

The reason for this is because in the inaka everyone drives a car. Whilst its completely possible to never drive a car in the Japanese cities, your car is very important in the inaka. Bus services do exist, but are similar to the trains in that they primarily service students, and thus service is infrequent. Moreover supermarkets are inconveniently far away, so you really want to be able to do once a week shops. Carrying that much food on the bus would not be a pleasant experience.

What this essentially means is that your car is an expense you will incur by living in the inaka, one which you could avoid if living in the city or a large town. In Japan car ownership is rather expensive, with insurance, biannual mandatory inspections (shaken), not to mention obtaining a Japanese driving license. Obtaining a driving license can cost upwards of 40,0000 yen! (around 4 thousand USD) The good news however is if your country has an agreement, you can convert your current license and skip the test and fees. If you are intending to move to the Japanese countryside, do yourself a favor and organize your driving license as soon as you can.

The four seasons of Japan

Concrete essentially looks the same all year round. Trees, mountains and rivers however are living ecosystems. They change with the seasons, and one of the best reasons to live in the inaka is how aware you can become of the four seasons.

Spring is a time of life, everyone will be busy in their gardens… and the insects will be busy in and around your home. Living next to a wild forest or mountain will naturally mean bugs. Whilst Japan has some dangerous snakes, at least the spiders are friends. Some bugs like the centipede the mukade, or the wasp suzumebachi are rather dangerous. All in all though, just like in the cities keeping a clean house will reduce bugs.

Wintertime can be a challenge in the Japanese inaka. If you are living in an old Japanese style house, it can be very cold. Such houses rarely have any thermal insulation, and temperatures inside your house can be as cold as outside! However with a bit of DIY skill and a visit to the home center, you can get a winter proofing done very cheap.

To sum it up

Living in the Japanese countryside, or the inaka, offers its own challenges and opportunities. People who love the great outdoors will find a wealth of things to do. Inconveniences exist, but thanks to the internet it’s a lot easier living that it might otherwise be. Rent or buying a house is much cheaper than in the cities, so the need to own a car is not as much of a financial hit as it might seem.

If you feel tired or overwhelmed by the big cities like Tokyo, perhaps the inaka would be a better fit for you. There are often jobs outside Tokyo advertised on Jobs in Japan, and with the highways and shinkansen, it’s easy to make weekend trips to the cities if you would like a mix.

My favorite thing about living in the inaka is that I live in my own house, and not a closet sized apartment. With my own garden, space, freedom and the Japanese Southern Alps at my doorsteps, I’ll take the bugs and harder winters every time.

I hope this information will give you a small idea of what it is like the live in the Japanese inaka. There are a myriad of other issues and experiences that you can gain, but instead of me writing a novel sized article, why not try coming to the countryside yourself!

10 Fun Things to do in Yokohama!