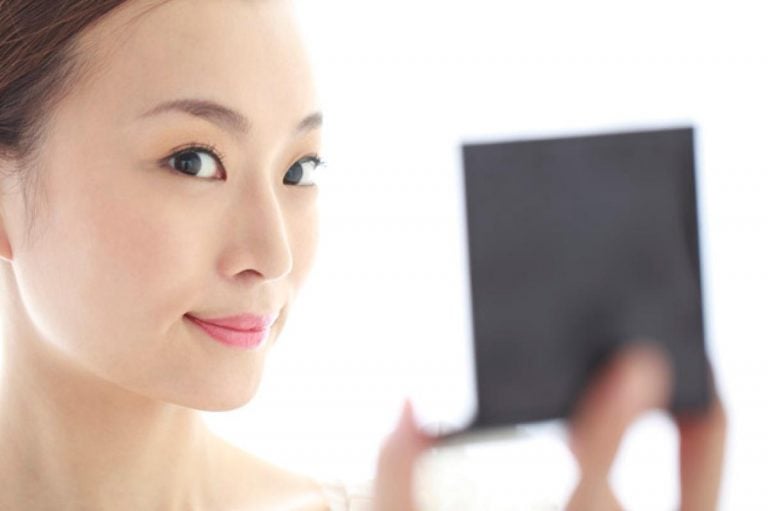 Since ancient times, Japanese women have considered that a white complexion is synonymous with beauty, to the point that there is a saying that this color serves to cover any imperfection. As of today, although Western trends have a strong presence in Japan, the ancient canon of beauty associated with a white complexion has not lost its importance.

Here are some of the reasons why the Japanese like white skin.

The ideal of white skin has been widespread in Japan since the Nara period (710 – 733). During this time, Japanese women began to make up their faces in white color using face powders. This practice became part of the country’s beauty canon with the arrival of the Heian period (794-1185). This is attested by classics such as “The Diary of Lady Murasaki” and “The Tale of Genji”, which alludes to how beautiful it is to have a white complexion. It is during this period when this type of makeup also became a way of expressing belonging to the highest classes of society. They believed that a whiter complexion indicated an individual’s level of education and availability of economic and social class. In contrast, darker skin alluded to a life of working outdoors, during which it was easier for skin to darken due to continuous sun exposure.

During the Edo period (1603 – 1868), the taste for white skin also spread among the popular classes, and a more natural appearance began to be given greater importance. In the work “Miyako fūzokukewaiden” it is explained how women of that time spent a large part of their time achieving a natural appearance. They repeatedly applied make-up and removal, and only wiped their cheeks with a cloth. They did all this process with the aim of making their face appear transparent. 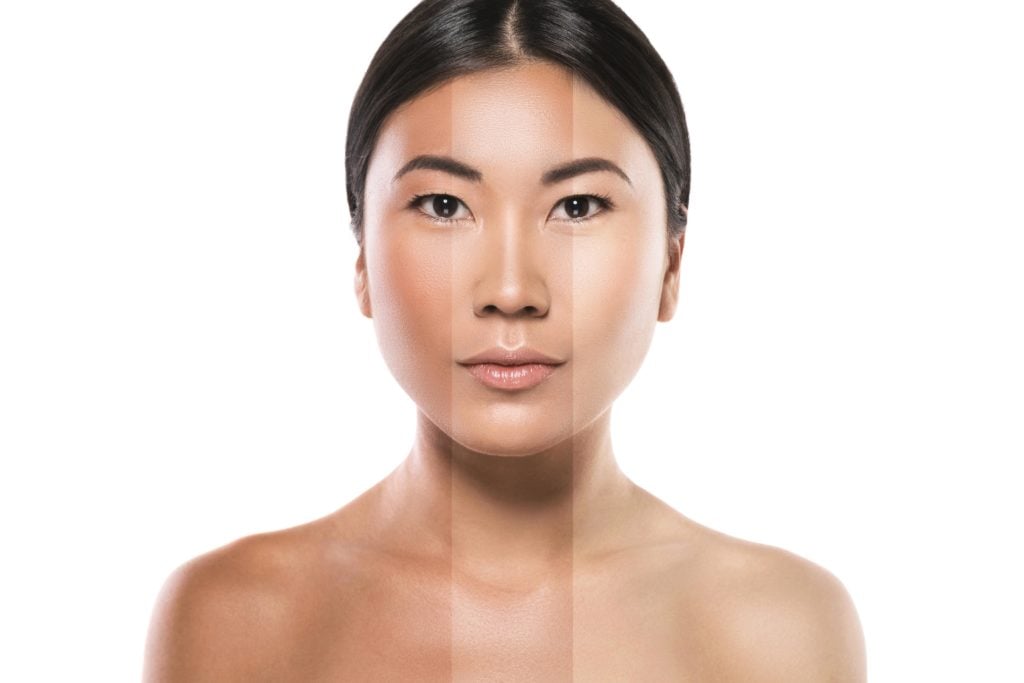 It was only after the fall of the Tokugawa shogunate and the subsequent opening of borders by the new Meiji government (1868 – 1912) that the Japanese began to import and imitate Western fashions and customs, from clothing and hairstyles to the white complexion of Caucasian women.

Western makeup was in vogue in Japan from the end of World War II until the 1960s. One of the biggest changes that the world of makeup in Japan experienced at that time was the birth of the concept of “skin color”. During the second half of the Meiji era, with the arrival of face powders in different shades, Japanese women realized that there are shades that suit them more or less depending on the color of the skin of each one.

International film and advertising industries have also played a key role in re-proposing this beauty canon through the promotion of fair-skinned models as an example of Asian beauty. Furthermore, in Japan, it is generally accepted to consider Caucasian women as the ideal canon of beauty, as they appear in commercials for major fashion brands (54% use Caucasian models).

Over the years, white skin has gone from being a symbol of innocence and femininity to an emblem of youth and attraction to the opposite sex, mainly due to the aggressive marketing of large Japanese cosmetic companies. In the first decades of the 20th century, the “mochi hada” (もち肌, “skin like mochi”) was considered an element of great importance to judge the beauty of Japanese women, often associated with virtues such as femininity, chastity, purity, honesty and maternal instinct. Also, since the 1980s, various types of beauty products have appeared on the Japanese market under the name “bihaku” (美白, “beauty of white”). These products promise to make skin clearer and help keep it that way. Among the properties of these products are the ability to remove impurities and blemishes from the skin, such as wrinkles, blemishes and dark circles. They also have the ability to homogenize the color of the skin, regenerate, cleanse and whiten the skin, increasing moisture retention, maintaining elasticity and preventing the formation of melanin. Since their launch, these products have been greatly successful.

However, the commitment to promote diversity and the influence of the Black Lives Matter movement led the Japanese cosmetics company Kao in March 2021 to decide to remove the word “whitening” from its beauty products. Instead, the company has announced that the word “brightening” will be used instead. The message that the company intends to convey with this change is that “there is no one skin tone that is lower or higher than another.” Even so, this seems to be an isolated case for now and white skin as a canon of beauty is still incredibly ingrained within Japanese culture.