Recently, work drinking parties (み) have been curbed due to the pandemic. Many of the usual year-end parties (bōnenkai) have been cancelled this year. But the new year is always an excellent excuse for a little over-indulgence! If you are planning to splurge on the spirits, you may benefit from learning about Japan’s culture of hangover drinks.

All over the world, we debate the best hangover cure for the morning after. Pizza. A bloody Mary. As a UK representative, my personal favorite is a full English breakfast with a strong cup of tea. Russians recommends a kind of pickled cabbage water. But Japan opts to focus on hangover prevention, rather than a post-drinking cure. Therefore, your hangover drink of choice should be drunk before hitting the bar, not after. 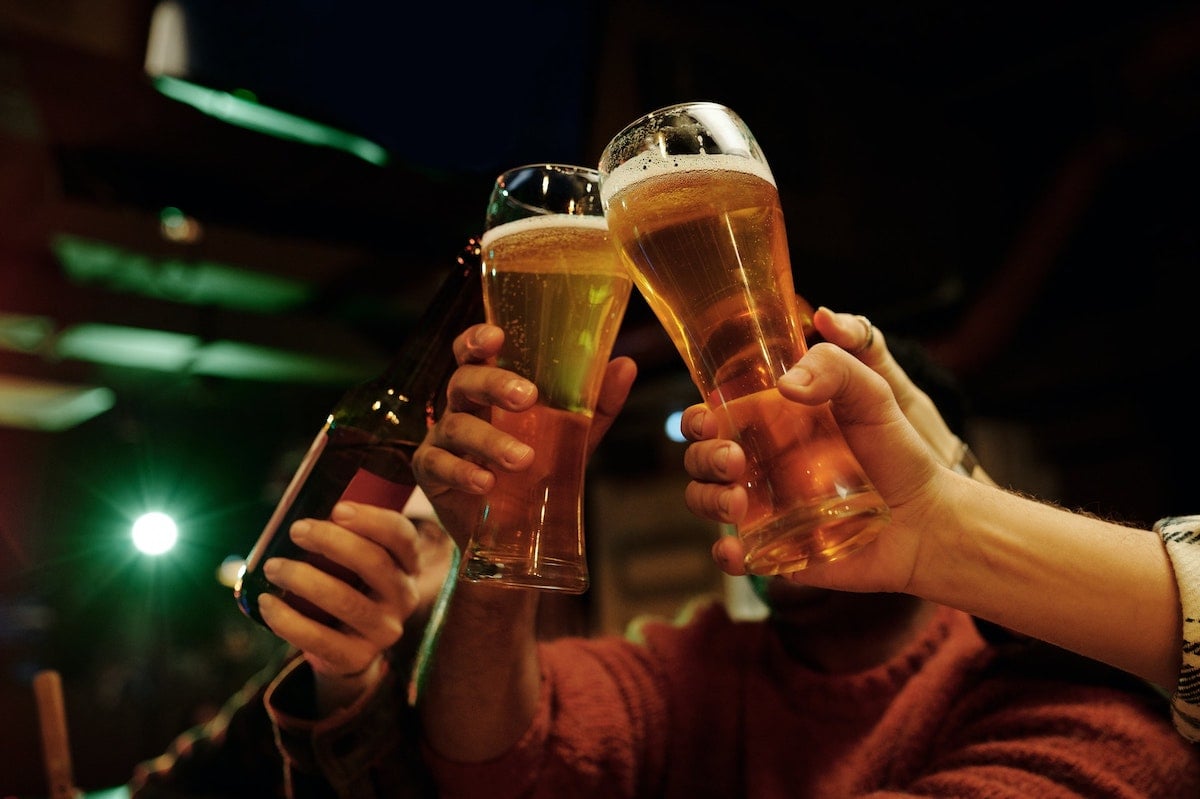 Hangover cure products are big business. The worldwide market was estimated at 1.56 billion USD in 2020, with the Asia Pacific making up 50% of the market share. With increased alcohol consumption during the pandemic, the hangover cure market is forecasted to grow 14.6% by 2028.

You will undoubtably see rows and rows of little glass bottles and aluminum cans when you go to the konbini in Japan. At first, I assumed these were all health drinks, designed to meet daily vitamins and nutrient requirements. But look a little closer and you will see many of these are designed to prevent that deathly feeling of nausea after drinking alcohol.

Most hangover cures in the west are focused on replenishing salts and rehydration. But Japan’s theory is that building the strength of the liver is the best way to stop alcohol having an adverse effect.

There are 2 main ingredients in most hangover drinks. The first is turmeric root extract. The name of Ukon no Chikara translates as ‘the power of turmeric’. Turmeric has been hailed across wellness and lifestyle industries for its anti-inflammatory and antioxidant properties. An ingredient often used to flavor curries, turmeric can also be taken as a supplement to help osteoarthritis, high cholesterol and liver disease.

The second most common ingredient is liver, particularly cow liver extract. One of the most popular hangover cure drinks in Japan is ‘Hepalyze’. It claims the mix of cattle liver and vitamins (B15, B2, E) can detoxify the liver and support the body’s metabolism after drinking alcohol. The idea is that consuming the extract of an animal’s organ will help strength the human’s. An interesting theory. This option is obviously not the best for vegans or vegetarians! 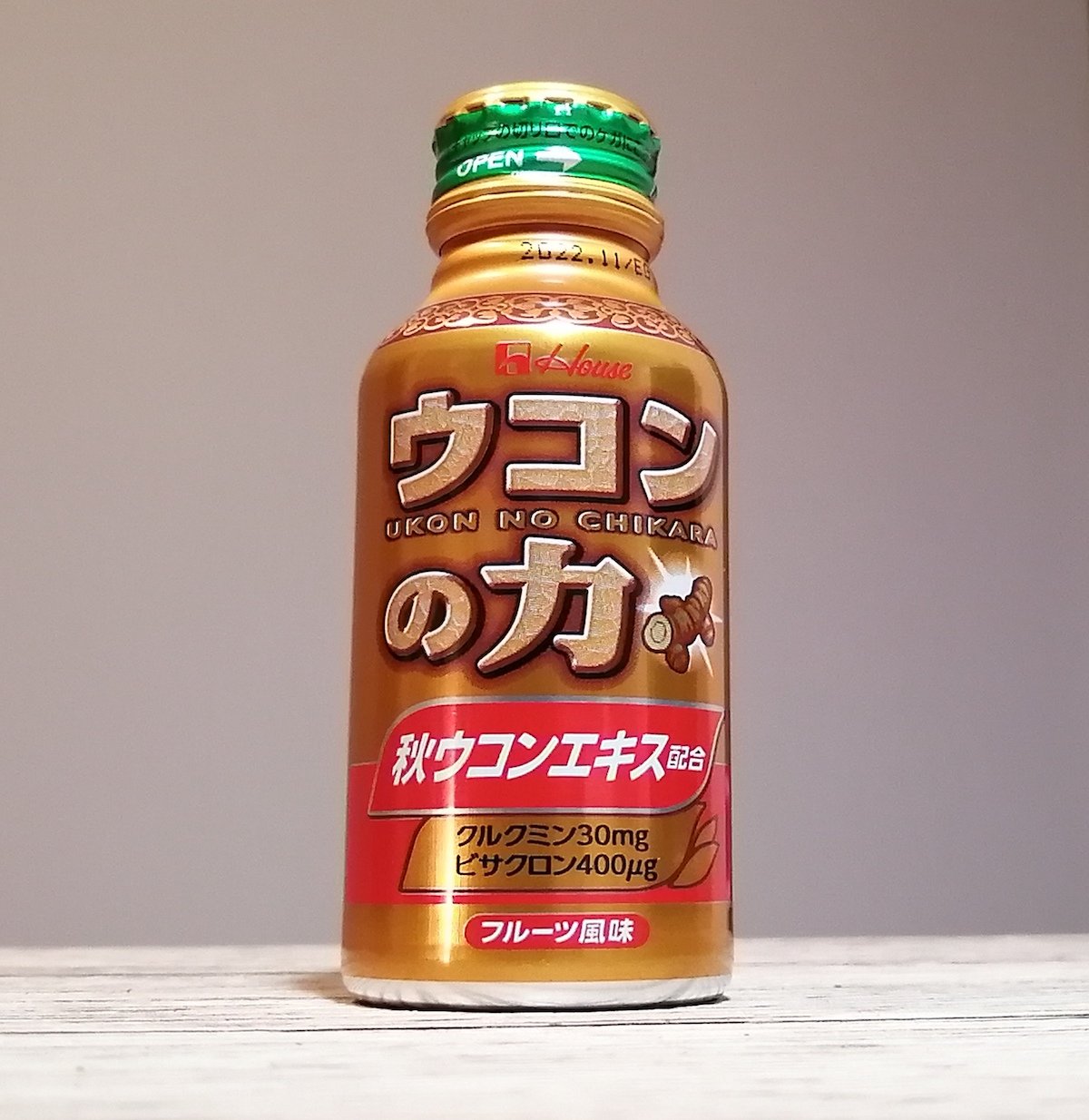 What is Ukon no Chikara?

Ukon no Chikara is the most popular of Japan’s anti hangover drinks. The classic flavor is the most common but other flavors such as peach and pineapple are also available. Ukon no Chikara says it can reduce liver inflammation and increase the body’s antioxidant capacity. In addition to turmeric, a little shot bottle contains 100mg of vitamin C, to help the body recover from alcohol.

Where can you buy it?

Pretty much anywhere. You can buy this little lifesaver at nearly any convenience store or supermarket in Japan, especially during the winter holidays. You will often see salarymen down a bottle before heading to an izakaya. Some Japanese companies offer Ukon no Chikara as gifts to their employees before a year end party! Even some bars and clubs offer Ukon no Chikara, in case you forgot to buy it beforehand.

Ok, but does Ukon no Chikara really work?

It’s popularity in Japan would suggest it must be effective. Otherwise, there wouldn’t be such a large market demand. However, I have taken it upon myself to test this little miracle bottle myself. Even if it means getting very drunk. For science.

This Ukon drink smells reassuringly medicinal. It reminds me of the sugary pink pain relief medicine I had as a child. It tastes pretty medicinal too! You wouldn’t drink this voluntarily for the flavor. Ukon no Chikara is sharply sweet with a sour aftertaste. The turmeric notes are strong with a little citrus. If you have a sensitive palate, I recommend opting for the sweeter cassis orange flavor instead!

I can’t say Ukon no Chikara prevented my hangover 100%. My head had a regrettable ache this morning. But my body did feel less acidic. The usual waves of nausea were notably absent. Maybe Ukon is less of a miracle cure, but helpful aid.

Whether you are meeting friends in an izakaya or attending an online nomikai, I recommend trying a Ukon drink before you start your drinking session. It may not completely prevent your hangover, but your future self will appreciate the effort the morning after.