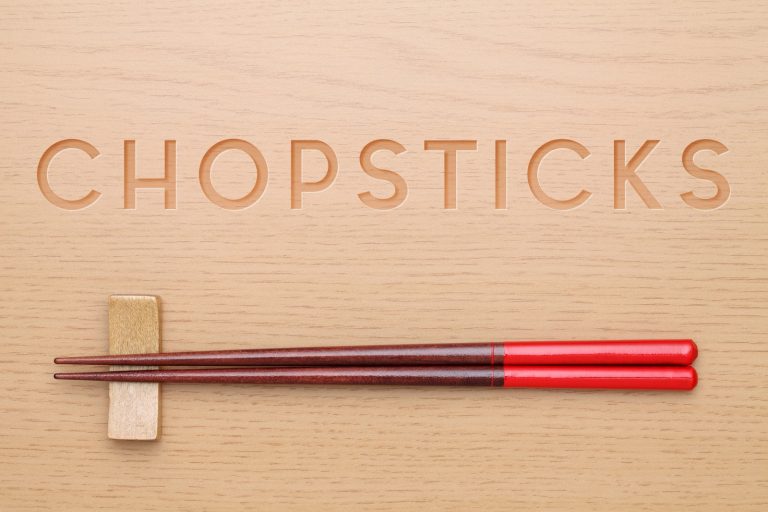 If you’re a foreigner in Japan, a common question locals might ask you is if you know how to use chopsticks. It might seem odd at first, but using two sticks to pick up food is easier said than done. Training your fingers to use two wooden sticks to grab that large tempura and put it in your mouth without dropping the whole thing might seem daunting at first, especially if you’re used to spoons or forks. 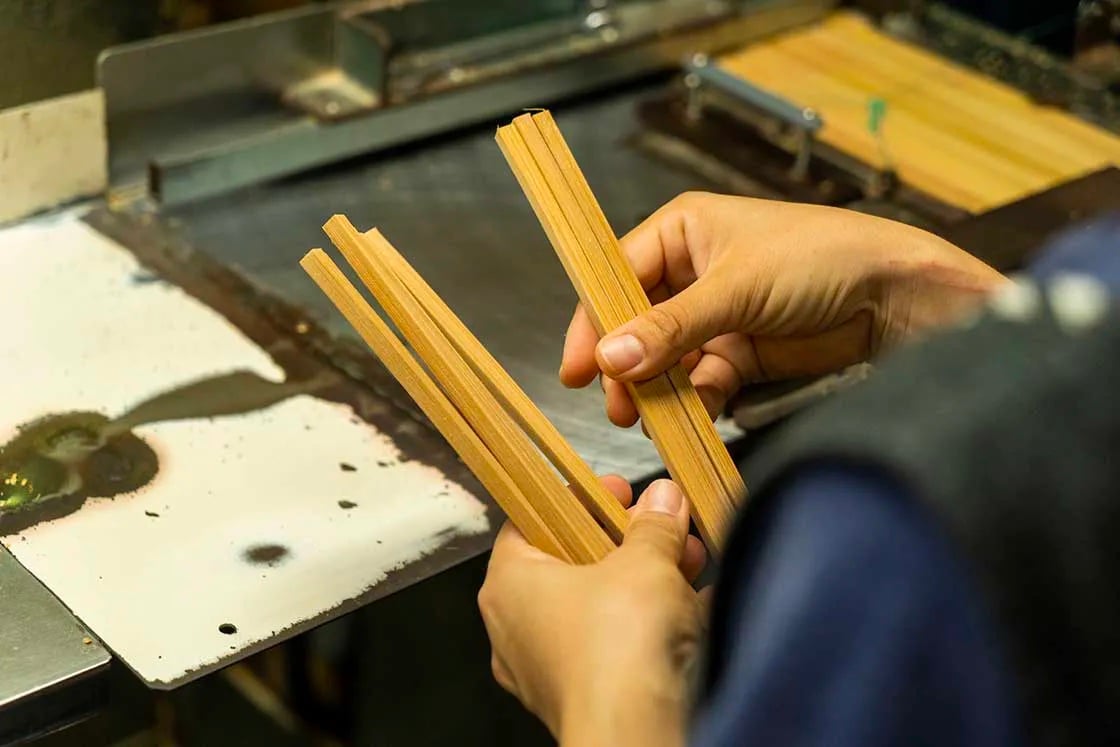 According to historical records, chopsticks were created about 5,000 years ago in China. The earliest versions were twigs used to pick up food from cooking pots. Then during the periods when food and resources were scarce, cooks would save fuel by chopping up ingredients into smaller pieces, making them quicker to cook. This practice also eliminated the need for knives and placed chopsticks into the spotlight.

It was around 500 AD when chopsticks spread to Japan and other Asian countries like Vietnam and Korea. However, the earliest version of hashi (meaning bridge) in Japan was used strictly for religious ceremonies. It was made of one piece of bamboo joined at the top, much like tweezers.

In Japan, most of the chopsticks are made in Obama, Fukui, showcasing centuries of craftsmanship and tradition. However, the practice has slowly dwindled, from more than a hundred hashi masters a century ago to about ten chopstick makers today. Chopsticks can be made of wood, silver, titanium, even gold, ivory, and jade, their price increasing with the material and craftsmanship.

You’d be surprised at how many uses chopsticks have on the dining table and kitchen. It’s a fork, knife, whisk, tongs, and steamer stand. There are bigger and longer chopsticks that are a staple in kitchens, allowing users to stir-fry, handle ramen or noodles, and more. They’re used to whisk batter too before dipping tempura into the batter – all with the same set of chopsticks. The minimal surface area of chopsticks lets you handle food with minimal contact, especially with messy batters that need to coat an ingredient. Large hashi can also be placed on top of a boiling pot to control overflow while simmering a recipe.

Here’s how to hold chopsticks correctly. Take one stick and hold it like a pen about three-quarters from the upper tip. The stick rests on the side of your middle finger, with the forefinger and thumb forming a grip. Practice moving the stick up and down.

Take the second stick and slip it in between the base of your thumb and forefinger. Let the second stick rest on the side of your ring finger. Now, use your thumb, fore and middle fingers (the one grasping the other stick like a pen) and continue making the up and down motion from earlier. The second stick more or less remains stationary and acts as support. It’s the upper stick that makes all the opening and closing motion to grab food. You can practice the movement, making sure the two tips meet in a secure clasp. 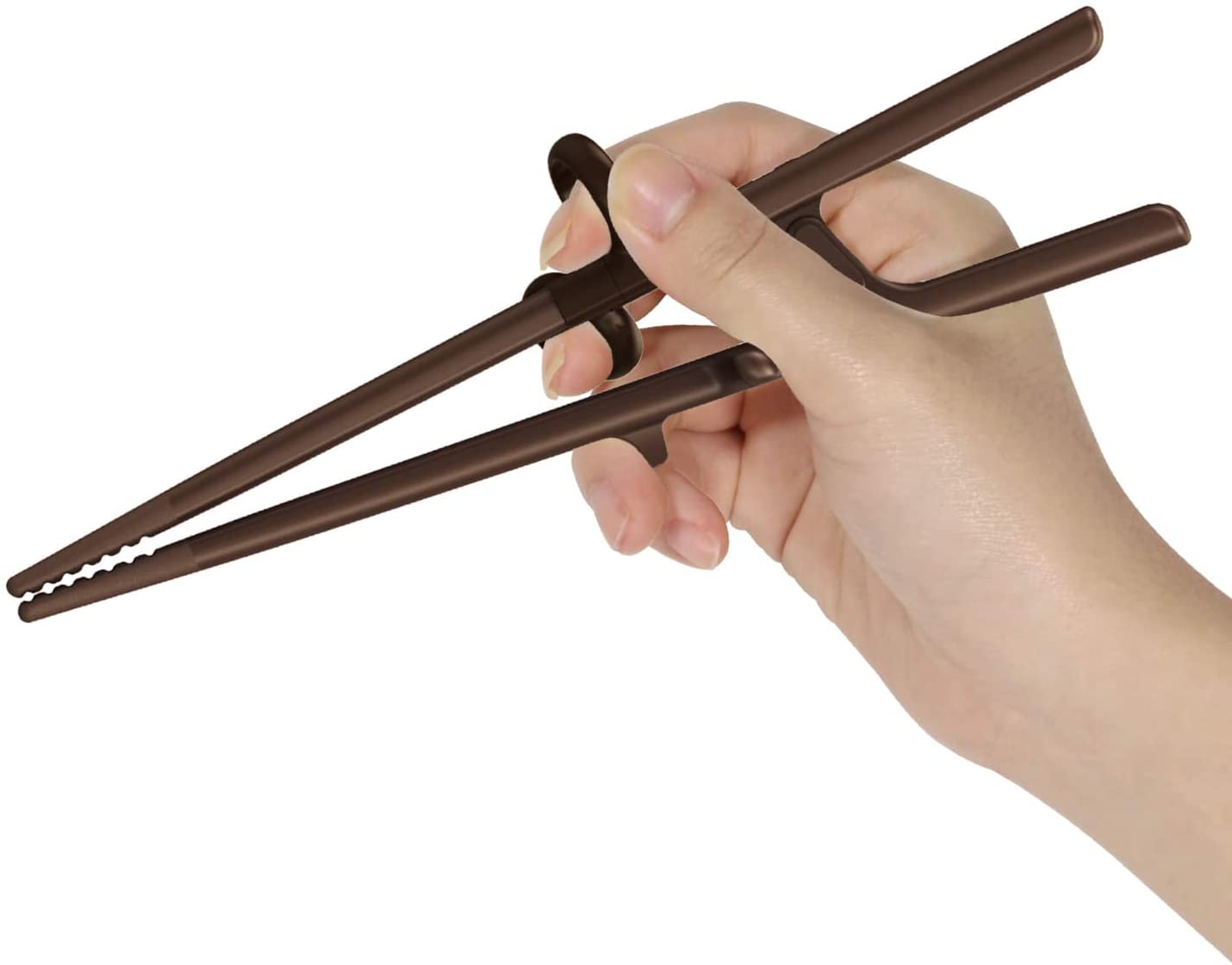 If you have never used chopsticks before, there is an easy way to hone the basics, and that is to use trainers. It’s a clip mechanism that you attach at the upper tip of the chopsticks to keep both sticks in place. The trainers have designated spots for your forefinger and thumb. Although these trainers are mainly used by toddlers learning how to operate chopsticks, there’s no harm in using them at home so you can show off your improvement when outdoors. These trainers are readily available at ¥100 stores around the country.

Holding chopsticks wrong or practicing poor dining etiquette with them can result in alarmed stares from the Japanese around you. Even though the manners surrounding chopsticks aren’t as formal as before, make sure to keep note of the following hashi no-no’s. One is never to stab your food with chopsticks to pick it up. The action, called sashi bashi, might be tempting, especially if you’re targeting a slippery slice of fish or a piece of sausage that would look nice on a barbeque stick.

It is considered rude to pass food from chopstick to chopstick as this is associated with funeral customs, much like leaving your chopsticks stuck vertically into a bowl of rice. This reminds people of the incense left on the altar and is believed to bring bad luck.

Lastly, you should avoid rubbing together wooden chopsticks that you tear apart at a restaurant. Even though this is accepted in other countries as a way of removing potential splinters from an unclean tear, restaurants in Japan consider this rude because it shows that they don’t provide quality chopsticks.

Keep these tips and tricks in mind, understanding along the way that using chopsticks and practicing proper dining etiquette is a great way to immerse in Japan’s culture. Plus, you can pat yourself on the back when you answer “yes” to the chopsticks question!