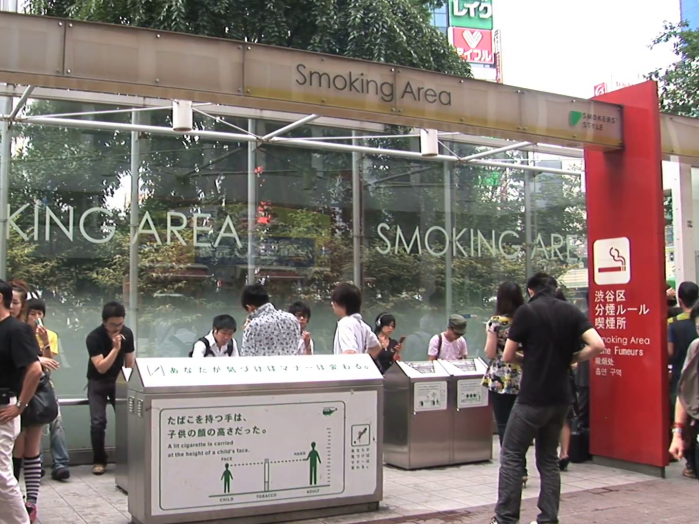 Smoking indoors and in public spaces has recently become more of an issue in Japan because of concerns like passive smoking.

Leading up to the 2020 Olympics the Tokyo Metropolitan Government has taken steps to make sure that tourists visiting Japan for the Olympics will leave with a positive view of Tokyo. This is why at all Olympic venues in Tokyo smoking (and vaping too) will be prohibited.

“Countering passive smoking has long been a concern,” said Keiko Nakayama from the Tokyo city government’s health office. Currently smoking in certain cafes, izakaya and restaurants is permitted, but from last year rules were enacted to prevent smoking in many public places.

Some have been critical of how steps to reduce smoking in public haven’t gone far enough to address the problem of second-hand smoke, and that foreigners travelling next year for the Olympics may complain about how much they breathe in just going around the city.

You may have noticed how many smoking areas have cropped up around the city, especially in touristy areas like Shibuya and Shinjuku, where smoking while walking on the street is now banned in many places, not just in Tokyo. Let’s hope that we can look forward to a day when we can go to an izakaya in Tokyo without coming home smelling like smoke!

What do you think? Should smoking be banned in all public places in Tokyo? Tell us in the comments below.