Working in Japan is NOT like working back home.

Do you remember the first time you set foot in Japan? You had training with your first company, went to your first apartment, went shopping by yourself and tried to figure out which milk to buy (it’s the navy blue Morinaga one by the way). The world was your oyster, or at least this corner of it.

“It is so exciting to be working in Japan!”

Everything about Japan was exciting in the first few weeks, but once I started my first job there was a big adjustment period. Like all things, realising that you have a lot to learn is the first step in the journey of understanding Japanese work culture.

Here are 6 tips for keeping your head while working in Japan.

There is nothing that will get your head rolling faster than questioning your superiors. Remember that you are 後輩 (kōhai) and they are 先輩 (sempai) and that in Japan’s heirarchical working culture you must not question their judgement. 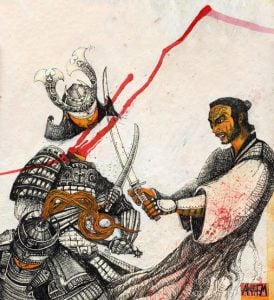 That doesn’t matter, unfortunately. The way to deal with this is to accept what the sempai says until you become sempai yourself (which will be never, because you are a foreigner).

2. Wait till you’ve been at a company for a while before rocking the boat in any way.

First years are garbage, you get respect by working for a company for a long time. Don’t come out of the gate with all your amazing ideas about how this company that you’ve just joined should change. You’ll get backlash and you’ll be ostracised.

I had a coworker once who got his first job in Japan at a very strict family-run school. He was a passionate teacher and had so many great ideas on how to improve the education for his class, but even in his second month he was complaining that the school wasn’t doing things the right way and that they were harming the kids education by not following his recommendations.

Needless to say, he was out of the company within a year. This was better for him and the school to be honest, and a lesson to us all that in Japan, your ideas aren’t valuable unless you have the authority to carry them.

This is the number one thing that I have learned that has saved me a ton of time and pain.

It doesn’t matter if you are right. Japanese people don’t care if you are right and you are moaning and whining about it. They will say “S/he doesn’t have a Japanese mind.” The worst insult one can ever receive in Japan.

Once I got in trouble with my landlord for putting the garbage out on the wrong days. One night I found my bags outside my door with a note in Japanese. At the time I couldn’t read well so I just chucked them back on the pile to get thrown out the next day. Next morning I had an angry tattooed guy at my door shouting at me for putting my rubbish in the wrong place or something. It’s confusing, man!

My landlord (also my company) got a call and they were getting some real pressure to kick me out of the apartment for being such a fool. I could have shouted back at them and made a big fuss, whose fault it was and why I did it and how everyone was to blame but me. I would have been kicked out.

In Japanese, the most polite form of apology is 申し訳ございません (mōshiwakegozaimasen), and it literally means “there is no excuse.” Take this seriously, and even if it is not your fault you will fare much better if you just apologise and (without necessarily admitting fault) say it will never happen again. 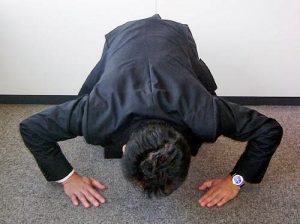 4. Overtime is an unfortunate but necessary action

At my second job in a junior high school in Nagoya, I regularly stayed at school till 6pm (when my contract said 5) to help out with club activities or worked a little overtime to prepare for test weeks, and never complained. Most of the time I got to spend the time with the students and it made my job easier to have a good relationship with them.

“But wait, isn’t that illegal?”

We’ve all heard about how awful and illegal overtime hours are in Japan, and thankfully as a foreigner you will never be asked to put in the same kind of insane overtime that the majority of Japanese people do. If you get asked to do an extra 30 minutes, suck it up and pitch in.

The amount of extra credit you will get from the school or company is worth a lot to you, and the amount of bad will you will get for saying “I’m not doing overtime (without pay)” will be pretty much terrible for your reputation. It doesn’t matter if it is illegal (well, it does, but it’s gonna happen). In Japan you should be ready to help your company out, it will help you more than you think (to not be such a victim).

5. Get good at taking criticism, don’t be defensive

I got some critical advice in training for my first job. My trainer said that I was doing something in my demo class that wasn’t great, and I started making excuses. He told me after the second time I did this.

“Don’t be defensive or you will have a really hard time in Japan.”

It’s true, and after just a few more issues with this I saw the wisdom in his words.

When people give you criticism, you say “Thank you.”

When you start telling people (who may even be hired to evaluate you) all the reasons why they are wrong, you aren’t helping yourself and just making it more likely that you will lose respect at your company. Don’t be defensive and realise that sometimes Japan can be a place where you get more criticism than praise, oh precious flower petal.

6. Learn Japanese (or at least try)

I gotta say this. If you live in Japan for more than a year, get past survival Japanese. If you can’t hold down a standard simple conversation or at least try, you’ll be missing out on opportunities and harming your chances at moving up in this country.

“But it’s really hard and I’m not allowed to speak Japanese at my company.”

No excuses! Grow up and take responsibility for your learning. I knew a guy who learned Japanese to fluency, completely from listening to Glossika courses and never once speaking to a Japanese person. That’s an exceptional case, but if you live here you have more opportunities than you know. Ditch that dumb Genki book that is all about memorizing word lists, listen to audio courses or go to volunteer classes.