Working unpaid overtime in Japan is normal. Unfortunately this is the case, and many companies and schools will expect this from you.

For people who see the long game, this isn’t always a bad thing. I’ve done unpaid overtime for most of the schools that I have worked at in Japan, and sometimes it is something I’ll happily do. There’s a time and a place though, so here are some of the times when you might want to accept overtime and some of the times you should reject it.

Staying behind after my classes finished at my old junior high school gave me time to chat with my students and get to know them in an environment they were comfortable with. The guys on the basketball team were really happy that I spent time playing sports with them, and they were much better in class because they saw that I cared about the same things they cared about. That’s invaluable and makes the job a lot easier. 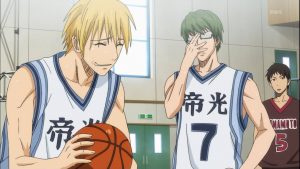 Sticking around to make sure that your job is done

This should go without saying but Japan isn’t a place where you can just clock out because it’s your time. If you don’t get your job done in time, Japanese companies will expect you to work until it is done, and rightfully so. Are you going to show up for a meeting with nothing prepared because last night you wanted to get back home a little faster? Are you going to half-ass your lesson plans because you’d rather get it done fast than get it done right? This might be acceptable to you. After all, unpaid overtime is just wrong, so if they aren’t going to pay you then why do it, right?

Wrong. Take some pride in your work and get it done right, or you’ll be stuck like a lot of other teachers wondering why their contract didn’t get renewed (the most Japanese way to fire someone is to let them finish the year and just not ask them back next year).

To clean up after yourself

In Japan cleanliness is important. So important, in fact, that I would say you should definitely be looking to clean up anywhere you have been working before you go home. Everyday, folks. You might want to say: “But I didn’t do it, some other teacher [insert name here] made a mess and left me to clean it up!” Well if that other teacher is your sempai then you’d best get your mop, because in Japan the young-uns clean up after the old… uns. Read more about it in our article about surviving Japanese Work Culture.

I know this happens, but it is a waste of everybody’s time and you may actually end up getting under your boss’ skin by doing this. I for one get bored out of my mind when I have nothing to do, and if I have finished my job I’m not going to sit around till the boss leaves lest my idleness catch his/her attention. This has happened before, I looked bored and my boss noticed.

Now if you are good at wasting time and pretending you are working when you have nothing to do, by all means, go ahead. Just remember that as a foreigner you might not even be expected to work as much overtime as Japanese teachers. Just call it one of the perks of being a foreigner in Japan: low expectations.

If it is a schedule change

At one of my previous schools a teacher quit mid year, and I was asked to take over their class as there was nobody else to do it. To try and be helpful (I had just started at the school) I felt like I should say yes. Before you know it, I’m working an extra 8 hours a week on a class that isn’t in my contract. This is a prime example of bait and switch, and it’s actually illegal as we mentioned in this article about legal protections for workers in Japan.

Getting ready to go home? Not so fast!

Make sure that before you agree to anything like that, you ask the school to check if it adds you up to more than 40 hours a week, also hinting that it is for their own interests so they don’t go over the legal limits. That might help you to get a reduction in other working hours, like it did for me once I asked about this extra work.

If the company is forcing you with intimidation or threats

This is still illegal in Japan. You might also want to go ahead and look for a new job, because any company manager who feels that they need to threaten their employees is not a good place to work.