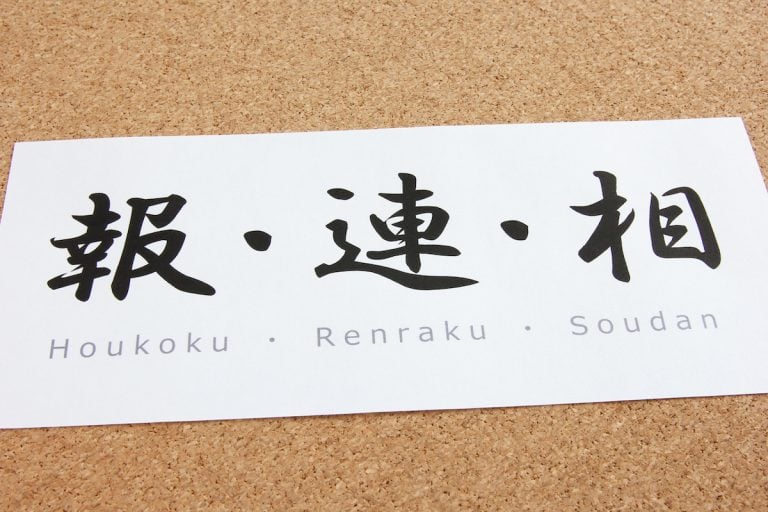 If you want to work in Japan, you might hear the word “horenso” being used around your new office. This isn’t the Japanese word for spinach, which is ほうれん草 (hourenso); the Japanese business word horenso is actually an acronym: 報・連・相 (hou・ren・sou) stands for report・communicate・consult. These three values are the backbone to keeping a healthy flow of information going within the company’s infrastructure. If you find yourself working in a Japanese company, the chances are you’ll be expected to uphold the practices of HORENSO.

HO stands for 報告 (houkoku), which means report or inform. That means that if your boss or superior assigns you a task, you’re expected to keep them regularly informed about your progress. While Japanese companies are known to call more meetings than foreign companies, or 外資系 (gaishikei) might, you also want to keep updates flowing via email or face-to-face conversation. This way your coworkers and your boss are up to speed on the situation/job and can perform their own tasks in tandem with yours.

REN stands for 連絡 (renraku), which means contact or coordinate. Japan has a very collectivist nature, and the business culture here is no exception. If you experience a problem or a change in your work, it’s essential to notify your superior and your coworkers immediately. This is the concept of renraku, and it might seem tedious to someone used to the more Western individualist culture. If the issue seems minor, there might be a temptation to solve it by yourself—but such behavior might not go over well with the rest of your colleagues. Even if it’s the act of writing a quick email or memo to alert your fellows of the problem or change, contact is essential in the Japanese workplace. Equally as important is the act of following up with those you contacted. Be sure your email or memo made it through to everyone!

SO stands for 相談 (soudan), which means consult. As we mentioned previously, Japan isn’t an individualist country. It’s important to consult with your team and your boss before taking any action on your own. This might be the part of HORENSO that frustrates American employees the most, as the time and effort required to consult with everyone appears to infringe on the actions they want to take. Sometimes your boss or coworkers will want to reform or double check the proposed action before allowing you to take it, which might result in a delay and even a reworking of your task. However, ignoring the “SO” in HORENSO will could result in friction between you and your teammates. As your workplace follows the HORENSO culture, your rushed action might even hinder the work of your colleagues. Remember to take a breath and consult before you make any changes on your own. 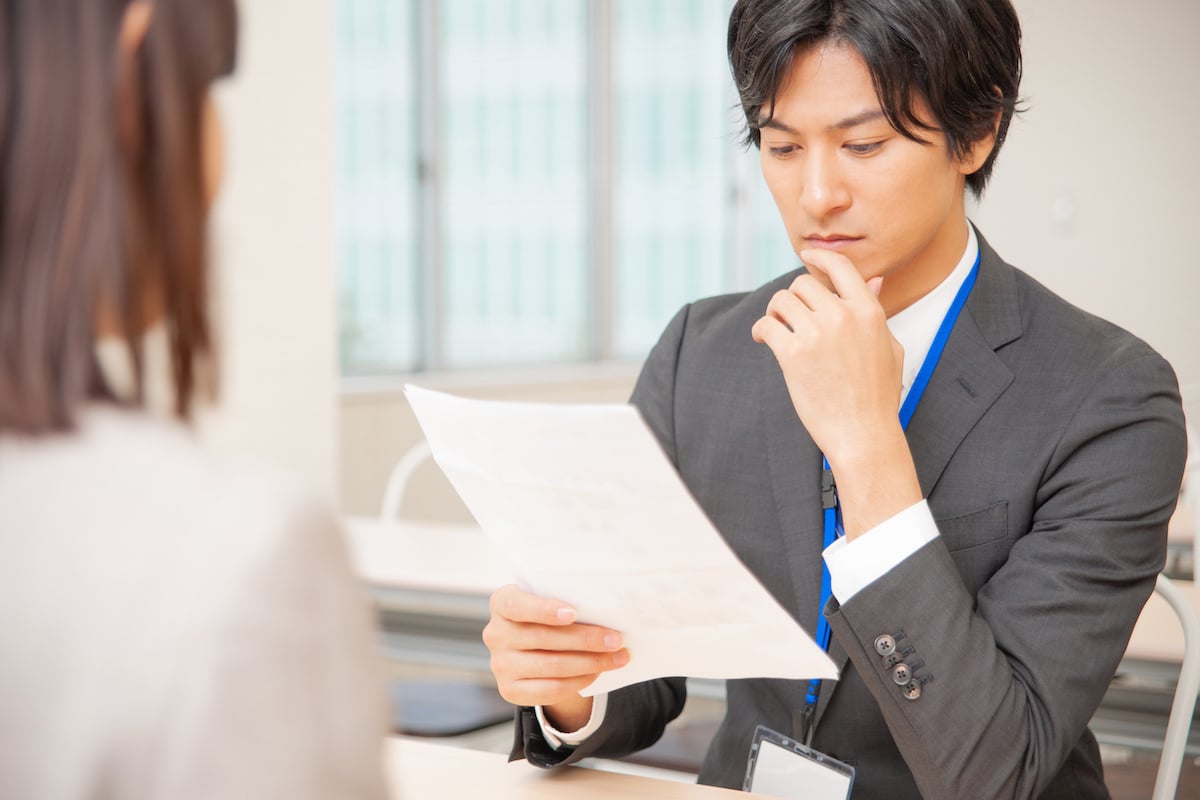 How to Apply HORENSO to Your Working Life

Now that we have a grasp on what HORENSO is, here are some of the ways to apply the HORENSO structure to the workplace. It’s important to remember that while HORENSO might be a Japanese acronym, the concept is easily applicable in any country. Even if you aren’t working in Japan, you might read this article and see HORENSO in your own office—or even think that it might be useful to introduce this information sharing principal with your coworkers if they aren’t using HORENSO already.

The thought of having multiple meetings per day may seem like a dreary one, but it’s an important practice in terms of keeping everyone informed in the workplace. If you work in a Japanese company, practice the “HO” in HORENSO by trying to be more active in your workplace’s meetings. Whether that means taking the chance to speak up and offer some information, or simply determining to be a more active listener by taking notes, participating more in the daily 会議 (kaigi) will strengthen the flow of information within your company. This is especially true during the coronavirus pandemic, as many company meetings will be held over Zoom.

If you work at a non-Japanese company and don’t have meetings as often, it might be a good idea to try pitching five-minute group talks at the beginning or end of each workday. This will give you and your coworkers the opportunity to exchange information and stay on top of things as a team.

Inter-company communication shouldn’t be contained to the act of sending an email. Some very consistent points have been made over the years that say emails aren’t the best tool for communicating with your coworkers. If you have something you want to say to your colleague or your boss, it might be better to pay them a visit at their desk, or at least try talking on the phone. After all, there’s no way of knowing how many other emails your coworker has received on the same day—and you won’t know for sure if they’ve even read your message until they respond.

If you do need to communicate something within your company via email, be sure to follow up when possible either in-person or during a call. The “REN” in HORENSO regards coordinated communication. You can bet that every company, either in Japan or another country, values communication between coworkers. 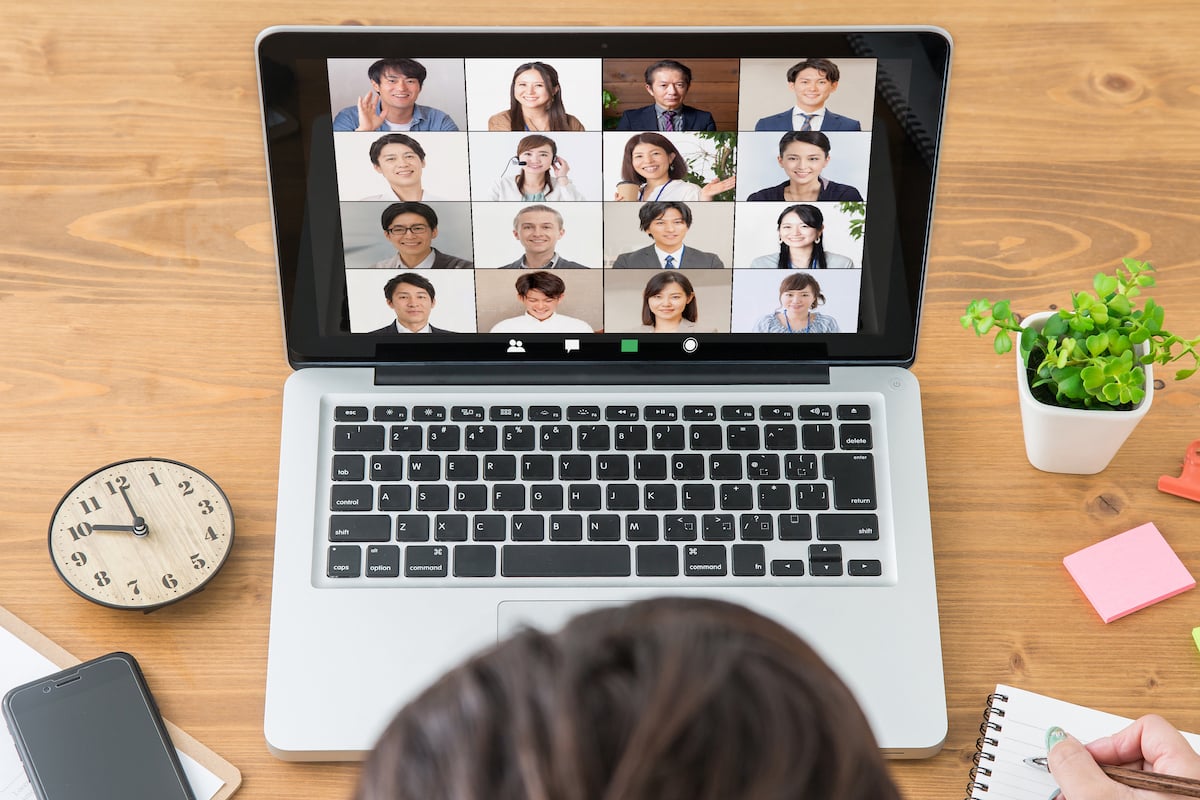 SO – Look Before You Leap

To apply the “SO” standard in HORENSO, you should look before you leap—rather, double-check with your coworkers before you make a decision. If you work in Japan, no one will be happy to hear that you made a decision without checking first. As a rule, Japanese companies aren’t fans of being surprised. When you are faced with the need to make a decision, it’s very important to check in with your coworkers and your boss before taking action. Should they have something to suggest or change regarding that decision, try to take those revisions with grace. Some Westerners who work in Japan might groan about multiple revisions to their work or their plans, but Japan’s more collectivist culture encourages these “reworks” to ensure that the very best decision is made.

Even if you work outside of Japan, it might be a good idea to consult with a colleague about a decision or a step you’re hoping to take. It’s hard to be your own critic, and an extra set of eyes is a good thing to have when double-checking your process.

HORENSO might be a Japanese concept applied within Japan-based companies, but it is easily applicable to any country’s work culture. If you feel your workplace is struggling to maintain a flow of information, try instituting a HORENSO standard with your coworkers. If you already work in Japan and have been having trouble with all the revisions, meetings, and calls for communication—try to bear with it and remember what the acronym stands for.