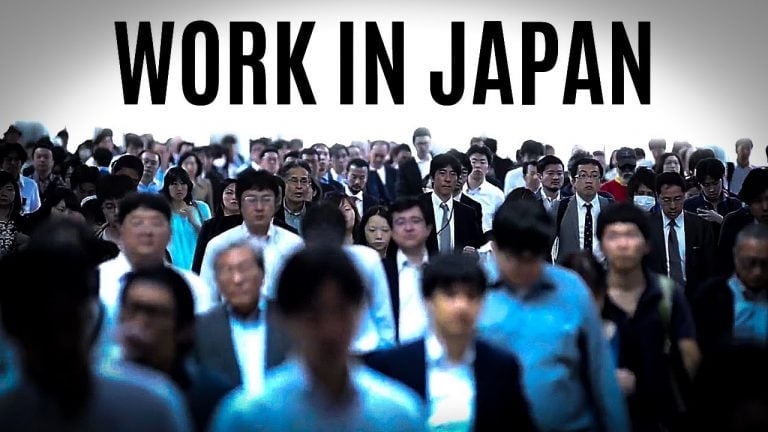 There is this popular saying in Latin America, “En todas partes cuecen habas” (they cook beans everywhere). For simplicity, let’s take it as there are imperfections everywhere, and Japan is not the exception. This country of the rising sun has problems of its own, but the factors that make it an attractive place for living, and yes, also for work, more than offset its ugly sides.

In the following lines, we offer a perspective why you should give it a serious thought to relocating to Japan if you are thinking of your next country to live and work.

Overall, it has to do a lot with the opportunities laying ahead due to macro trends, structural changes, intrinsic factors that made Japan one of the most powerful economies in the world, and serendipity. This confluence of changes and macro trends is making Japan a place of opportunities.

It’s been written enough about it. There is barely a single day without the news mentioning the severe labor force shrinkage. And there is no sign of significant change unless more foreigners are brought in, which has been the trend in the last years.

Monotsukuri stands for manufacturing things, and it is one of the Japanese prides. But to understand its meaning, to its fullest, you need to refer to one fact that receives little attention. Japan is the leader of economic complexity, index developed by an MIT and Harvard professors, that measures how diversified a country is and how much productive knowledge it has. No wonder why Japan is also one of the leaders in patent fillings in the world.

A very welcome guest in a turmoil-infested world

Last but not the least. Japan is pretty much a safe country, and this is to be understood in its broader sense. It’s not only about being a gun-free country, but also about the absence of significant and nerve wrecking conflicts. On the other hand, this is not a country of extremes, such as between the poor and the rich, which translate into general stability. [Its high economic complexity is said to be an important factor behind this rather egalitarian feature].

Although still not comparable to the likes of Silicon Valley, there is a growing entrepreneurial ecosystem in Japan. Starting from the changing mindset with many Japanese young people, in going entrepreneurial as plan A, and not B as it has historically been, it also extends to the increase in funding and number of startups. You can also see more women deciding to be their own bosses, some of them already successful. There is also a growing number of startups hubs, besides the traditional Tokyo, such as the one in Kyoto with its hardware hub, Yamagata with its biotech hub, Fukuoka, to name some.

There are also cities with this potential. One of them is Tsukuba, the Science City, which is only 1 hour (train) from Tokyo and around 50-minute drive to the most important Japanese airport (Narita), and hosts many important national institutes, laboratories and Jaxa, the Japanese equivalent to Nasa.

The Japanese bureaucracy was largely credited with the economic miracle in the 50th~80th, particularly its powerful METI (Ministry of Economy, Trade and Industry). Stagnation followed for a couple of decades. But in recent years, policy making has being transformed into procuring changes aiming at attracting top talent. Debates such as those about hatarakikaikaku (work style reform) have been the bread in recent years. The best of all is that some politicians have become reform champions, and Fukuoka and its ambition to become a startups hub, just like Seattle, is an example.
Performance-based evaluation is becoming more widely accepted and it’s being adopted by many companies as a way of encouraging employees focus on productivity.

There is no doubt that everybody wished Covid19 did not happen. It has brought despair and disgrace to many and put the general global economy to shake. But it has also triggered changes, many of them to stay.

It’s true that teleworking was already in some parts in the Japanese working world, before Covid19, but not in a magnitude that disserved respect. Corona hit, and as of October 2020, some major companies have already announced that teleworking will be the new normal in years to come.

The Japanese physical infrastructure, transportation are top in the world. And in contrast to having a relatively small territory, its beauty lies in the proximity between cities, proximity to airports and ports. In an era of teleworking, you can sacrifice a bit of daily after work hustle and bustle that big cities, such as Tokyo, offer, to living in a quiet, more spacious and more easily affordable place, yet, near major cities and infrastructure. In fact, some local governments have been offering incentives to attract dwellers to small cities or rural areas. And probably you’ve heard of some dirt cheap secondhand houses in such areas.

How to make sense out of all these?

There are plenty of opportunities in Japan for those who make the effort to understand it better and start preparing. You can also seize that opportunity.

A prepared man is worth two

Explore the trends, research about the expertise and skills in high demand in Japan.

For many years already, there is this contraction in the world – and Japan is not an exception despite its generally low unemployment rate – that there are many people who are not able to find jobs [even before Covid19] and many job openings that go unfilled. The answer is the skills mismatch. If you understand what is most needed here in terms of expertise or skills, you can start preparing and making yourself desired in the Japanese labor market.

Obviously there are many innovative and entrepreneurial minds in Japan taking advantage of such opportunities, who opened their eyes to understanding the macro context. There are those helping solve the labor shortage, acute in the agricultural sector, who are developing autonomous harvest robots, drones and autonomous tractors. There are those, building a matching platform, bringing together farmers in desperate need of extra hands and big city dwellers wishing to experience the rural life and being paid for it.

Well. It’s their own country, right? Why should they not? They understand better their own land. As a matter of fact, there are also foreigners doing so and setting the basis for success in Japan. Explore the cities that are building a global ecosystem for innovation.

Do I have to learn the language?

There is a growing number of companies adopting English as their official language, with the famous Rakuten coming top on this; or relaxing significantly the Japanese language requirements for many roles [Fast Retailing for instance]. When it comes to IT roles, many companies decide to go really flexible on the Japanese requirement as a way of attracting expertise they struggle finding. It is hard to foresee how many more companies will join the “English only OK” club, or to what extent it will spread. So far, the above still represents a small percentage. You will be well advised to learn the language beforehand so as you widen your choices. Written by Sebastian Heredia.