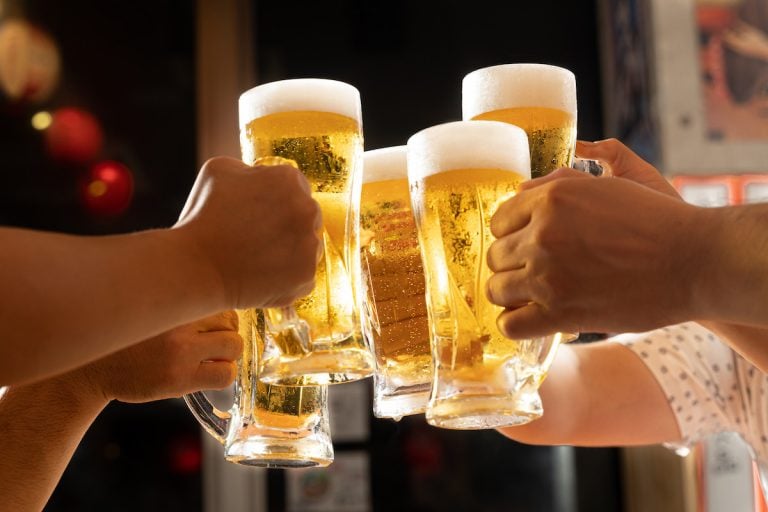 In Japanese work culture, New Year’s is synonymous with bōnenkai. Whether you’ve worked in Japan for three decades or you’re about to board the plane for your first year of teaching English, you can expect to be invited to a bōnenkai or two. Or five.

But what exactly are these Japanese New Year’s parties? In this article, we’ll look at what a bōnenkai entails and how you can not only survive your first New Year’s office party, but actually enjoy it!

In Japanese, 忘年会 (bounenkai) means forget the year party. The aim of this party is to consider what went wrong and what went right throughout the year, drink over it, and forget about it! It’s time to do an even better job with the new year! 頑張ろう (ganbarou)! Let’s do our best!

Basically, the bōnenkai is a special form of 飲み会 (nomikai), or a Japanese office party. It’s a good way to make friends in the workplace and improve your corporate life in Japan. Like any nomikai, the bōnenkai will involve a three or four-course meal of finger foods and comfort dishes, speeches, the eventual degradation of any keigo that was used in the beginning of the party, and, of course, ビール (beer). 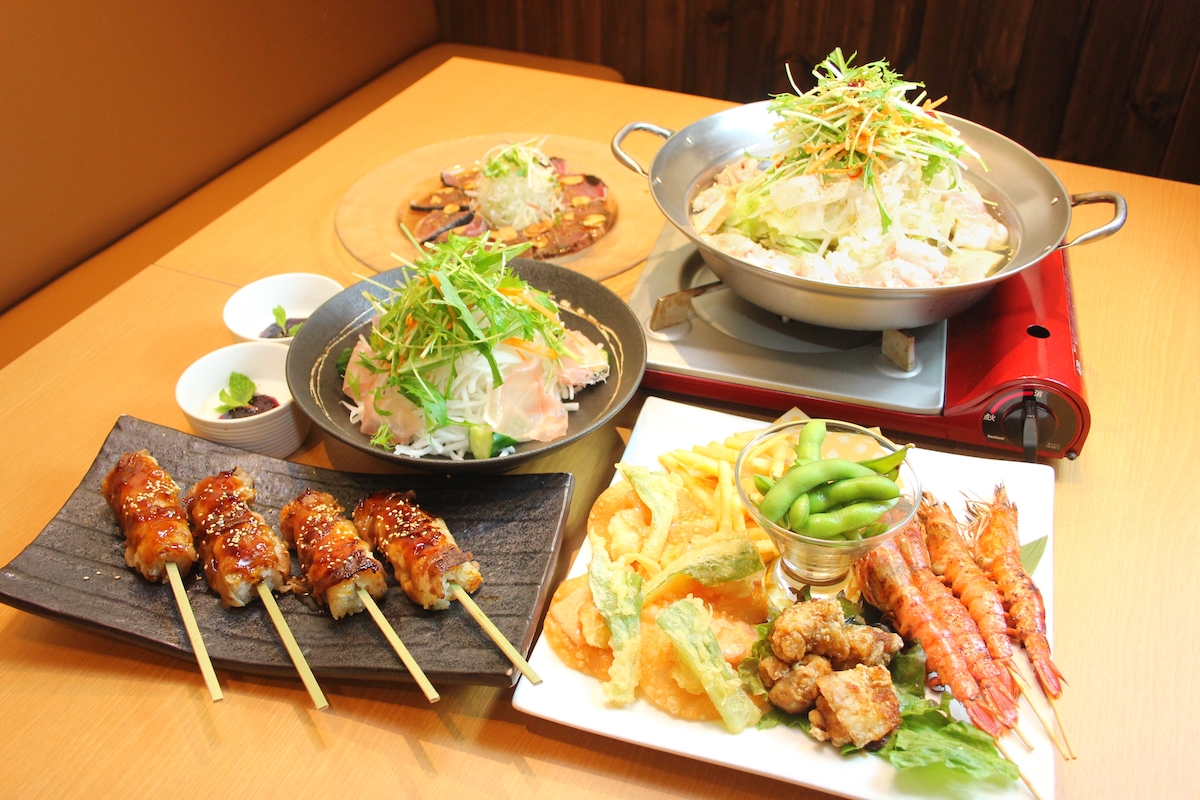 While this end-of-the-year drinking fest might seem like a tradition created by modern Japan, the history of bōnenkai actually dates back to the 15th century. Obviously, the practice has evolved with the times, but it’s important to be aware that bōnenkai is an old and cherished part of Japanese office values. If you’ve been invited to a bōnenkai, it’s in your best interest to attend. Here’s a look at what you can expect!

As it’s still a work party, it’s better to attend a bōnenkai in the same clothes you would wear to work. This may vary depending on industry, but for the majority of office workers, workwear is a collared shirt, slacks/skirt, and dark shoes. Men are expected to wear ties, but as the bōnenkai continues into the night, you might find that some of your male-presenting coworkers have removed their ties and tied them around their heads. This is probably in the spirit of going all out for the party, but it might also just be that they want a good laugh. 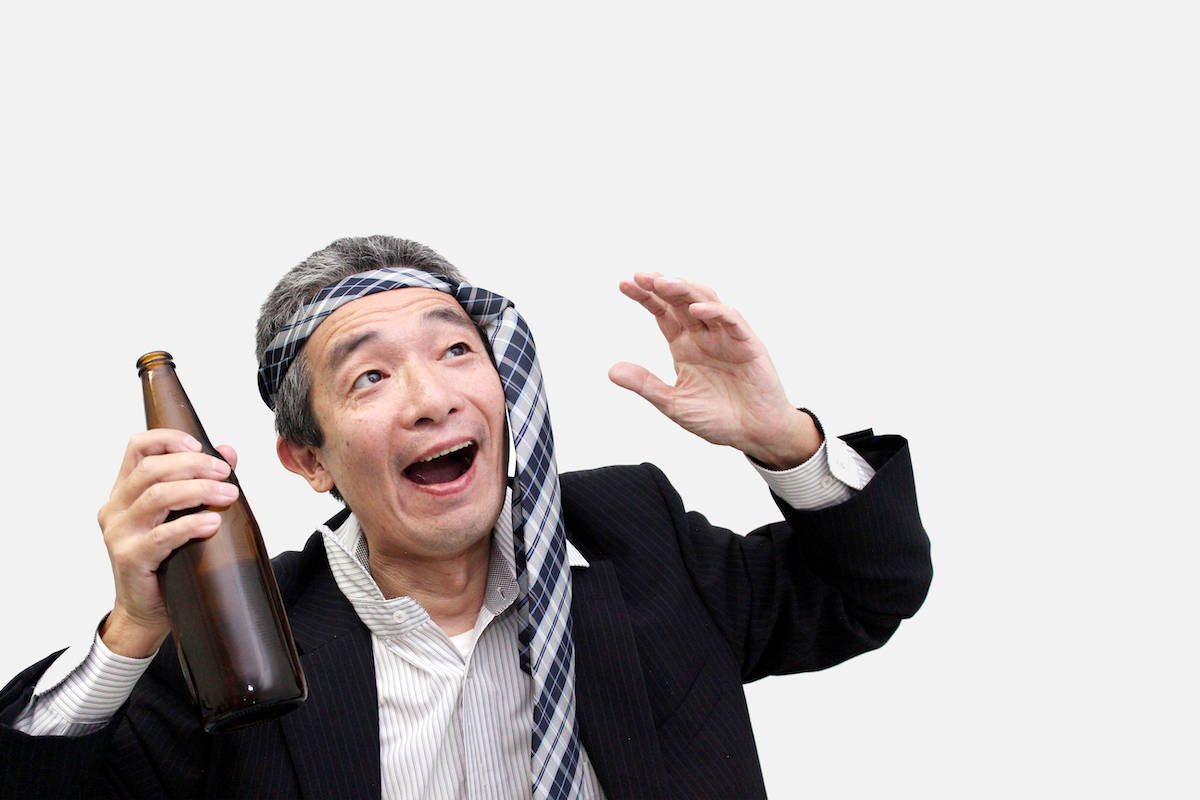 As the typical bōnenkai tends to be a large party, you’ll likely be seated in a traditional 居酒屋 (izakaya), or Japanese tavern, when the opening speeches begin. There will most likely be an assortment of delicious foods arrayed on community plates around you, but eating before the speech would be a breach in the nomikai protocol. The same goes for drinking, although your boss or whichever superior is giving the opening speech will be holding a drink.

A bōnenkai opening speech begins with reminiscence of the past year and ends with お疲れ様でした (otsukare sama deshita). Then the speaker will raise their glass and announce, 乾杯 (kanpai)! This means Cheers! and signals that you are to go around the room, tapping glasses and drinking to each other’s good health during the next year. The bōnenkai has officially begun. 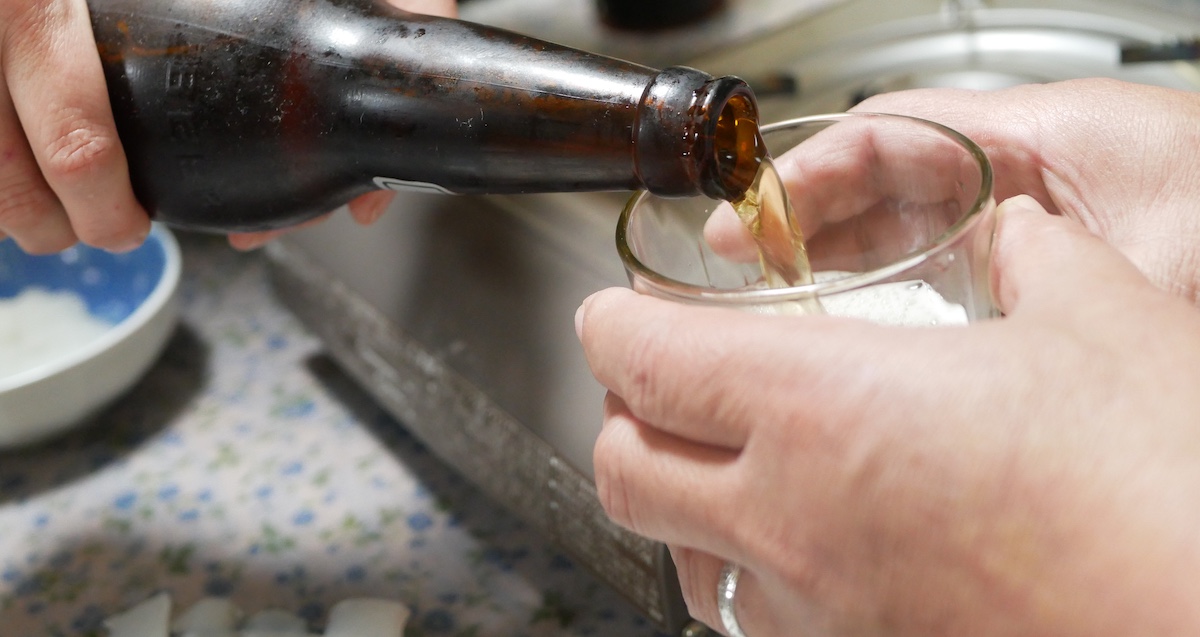 After finishing the kanpai rounds, it might be good to top up the glass of your nearest superior. This practice is known as お酌 (oshaku). It’s an important part of Japan’s office party culture, so be sure to correctly handle the beer or sake: with both hands while thanking your superior for their hard work. By the time you return to your seat, someone will likely be standing by to do the same for you.

Some might not consider the food served at a bōnenkai to be “real” food. It certainly might not be good for you, but this drinking food, or おつまみ (otsumame), is designed to fit beautifully with the alcohol you may or may not be drinking. The meal will come in several courses, most of them finger foods and other common izakaya dishes. If you’re with a smaller bōnenkai party, there’s a chance you may be eating at an actual restaurant with full meals. Otherwise, it might be a good idea to pregame in terms of food if you aren’t a snack lover.

Once your party has had some time to eat and drink, the junior party planners will get their moment to shine. One of the bōnenkai’s highlights is the fun and games that go on about halfway through the party. The group who planned the whole event may have designated this responsibility to three or four members—or they might just decide to involve everyone! Bōnankai entertainment is typically either a rehash of whatever pop culture “meme” is hot at the time, or it’s Bingo (perhaps something that is only suspiciously like Bingo). There is no in-between.

Regardless, most of the party members are fairly drunk by this point, so the entertainment will be a hit. Roaring laughter will lead to another round of drinks, by which point a carb-heavy course of food will be brought out to accommodate. The boss you served a drink to earlier will probably make their way over to you and return the favor. Sometimes said boss will even provide a specialty sake not provided by the establishment. If you’re offered your superior’s personal favorite and enjoy sake, this is a great chance to find some new nihonshu to love.

Ending the Bōnenkai With a Clap

When the last order is announced, plans will be made to finish the bōnenkai off properly. Everyone will struggle to their feet—as most izakaya offer their larger rooms with only floored seating, the struggle will be a mighty one—and someone will take charge of the 三本締め (san bon jime). Sanbonjime literally translates to three clap ending. On the count of whoever’s leading, everyone will clap exactly three times in unison. Cheers will erupt as the official bōnenkai comes to a close. It’s considered impolite to exit all on your own, so find a coworker, superior, or small group to join as you make your way out of the establishment. Taxis will be called, money for the register may be collected (consider yourself out 4 or 5 thousand yen for this event), and plans will be made for the inevitable 二次会 (nijikai).

Nijikai: You’re Not Free Yet

Unless you’re extremely lucky, your boss will want to head to the second party, or nijikai. This involves a more low-key location—perhaps a favored bar or club—and more drinking. I personally have survived many nijikai without ordering more than a juice, so there isn’t any need to feel pressured to continue drinking. However, if your boss personally invites you, it’s probably a good idea to go. You can always let the party know you may be leaving early. (If you’re absolutely at your limit or feel uncomfortable joining, it will not be the end of your career.)

Some people dread the after-party, but with its smaller numbers and more relaxed etiquette, a nijikai is a much better place to get to know your coworkers. Most of them will be quite drunk at this point, which means they’ll be more relaxed and open to casual conversation. These same coworkers might be too stressed or busy in the office for chit chat, so this is your chance to seize the day and make some friends! If you’re especially brave, you can even take the karaoke mic and teach them some English songs. Without a doubt, you’ll learn some enka songs from your superiors.

While the nijikai may understandably be your limit, there are some hardcore bōnenkai goers who will join third, fourth, and even fifth after-parties. Eventually, you will find your way home, collapse into your bed…and prepare to do it all over again. Depending on how many social groups or work-associated circles you have in your life, you may end up going to several bōnenkai before the New Year finally arrives. At least now you have an idea of what to expect.

In the year this article was written, there are quite a few drastic changes being made to social interaction as we know it. The pandemic is peaking again even as colder weather ushers in what would usually be a season for festive gatherings. What will become of Japan’s bōnenkai in 2020, the year of the coronavirus pandemic?

Unfortunately, the pandemic hasn’t done as much as Japanese officials wish it had to dampen the spirits of office partiers. Especially in larger cities, offices turn out after work to drink and share meals even as winter approaches with higher infection numbers. But during the semi-lockdown in March, many companies adopted the online nomikai as their alternative to meeting in person at a tavern. It is highly probable that online bōnenkai will abound in 2020. 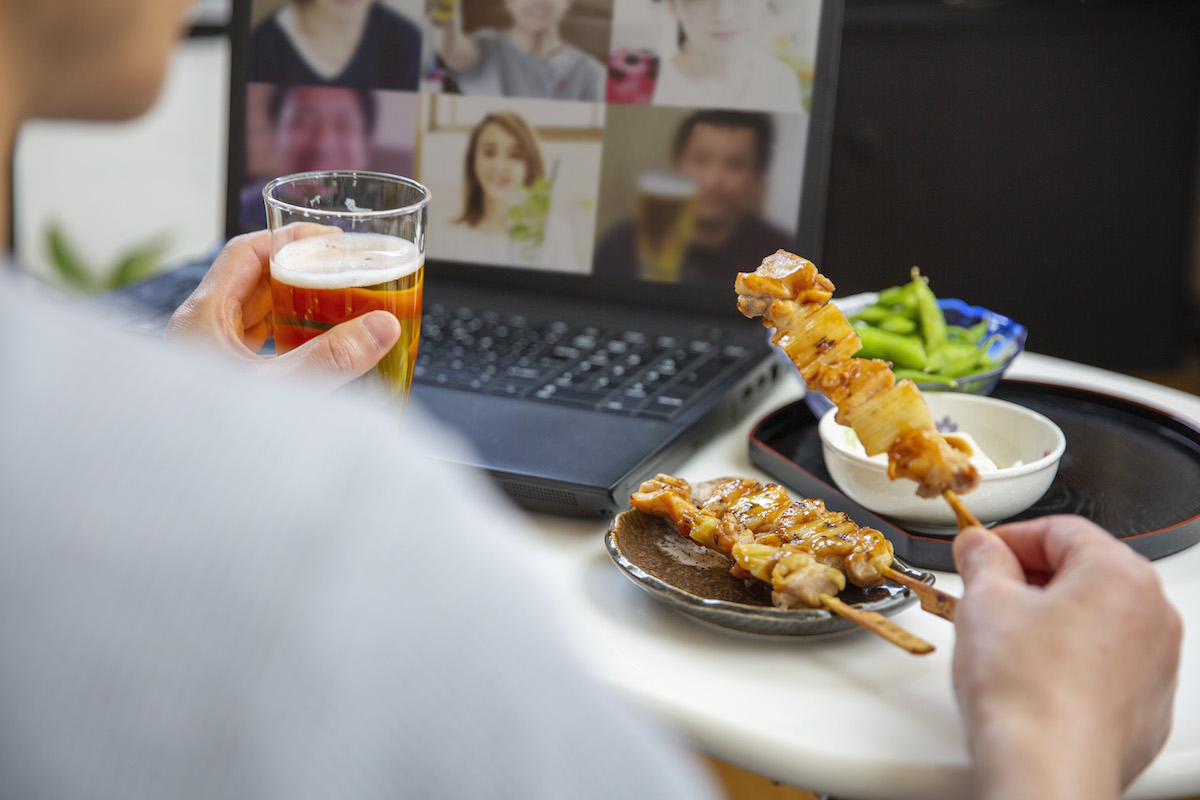 But the pandemic is unlikely to end when 2020 does. Some theorize that the coronavirus may even push drinking culture over the edge in Japan. Bōnenkai as a practice has already become less popular over the years. The pandemic may signal the beginning of the end to a 500-year-long tradition. Only time will tell. Whether you are all for this change or prefer to join your coworkers online with a chuhai and some chicken, we hope this article has prepared you for the end-of-year festivities in Japan. Thank you for reading, and stay safe as 2020 comes to a close. お疲れ様でした！