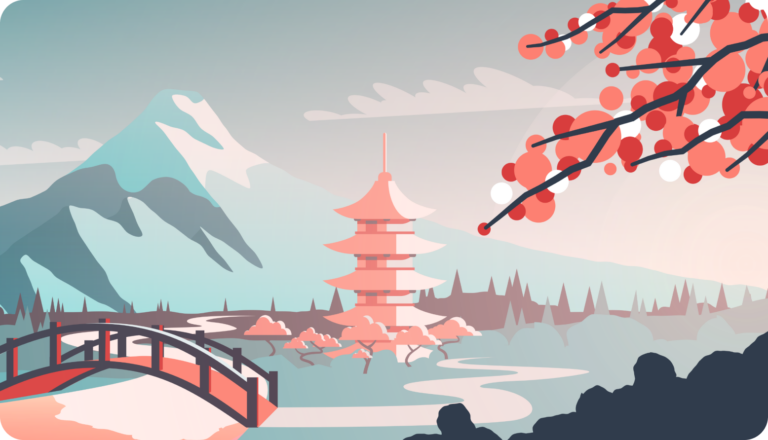 So you’ve been studying Japanese for a little while, but you feel like it’s just not there yet.

Maybe you’ve got some basics down, but you can tell that what you’re saying, and what Japanese people around you are saying, are a little bit different.

Textbooks rarely show you the actual language that people use every day. So how do you make your Japanese sound more native?

In this article, I’m going to share 4 helpful tips to make your Japanese sound more native with the least amount of effort. (It’s not easy, but it’s definitely possible!)

My Background with the Japanese Language

I was born in a small town in the US to an average family. We would never think of traveling abroad for vacation. Luckily, my hometown had a Sister City in Japan, and I was fortunate enough to travel to a small town in Hokkaido with a group of students just before I turned 13. Immediately, I knew I wanted to learn Japanese.

I found a tutor at 15, and studied for a year before going back to the Sister City for a year abroad. Things suddenly got real—I realized that my one year of Beginner Japanese would not cut it with my non-English-speaking host family and new school.

After lots of trial and error that year, I found myself conversationally fluent by the time I flew back home. Today, I’ve lived in Japan for almost 10 years consecutively, and I use the language every day.
While I’ll never truly sound like a native speaker, I do feel that I’ve come very close to it, and I want to share the 4 strategies that helped me to get there.

The very first thing to change, if you’re early on the Japanese journey, is your interjections—those little words you say when you’re thinking of what to say next.

Many beginning speakers, trying to speak in Japanese, stop and say “Um,” or “Uh…” as they think of what to say. This is a simple thing to change, and it helps you sound much more natural when you speak.

Instead of “Um,” or “Well…” here are some Japanese interjections you can use: At the end of the day, the only way to sound more native is to learn from a native speaker.

If you think about it, the only reason native speakers sound “native” is because they all sound alike. We decide what’s “correct” based on what the larger community of speakers says.

So if you want to speak “native” Japanese, you’ll have to leave your textbook behind and adopt the wider world of Japanese media and everyday life as your classroom.

Yes, you can make Japanese friends, get coffee together, get drinks, play video games, go shopping, and see what they say in each situation.

Yet sometimes it takes time to make close friends in Japanese, especially ones that don’t want to practice English with you.

Your best bets are to watch Japanese live-action TV shows, variety shows (think game shows and talk shows), and reality shows (things like Terrace House, The Bachelor, and Love Wagon). A lot of these are on Netflix, Japanese streaming services, or good old-fashioned cable TV.

(I left out movies and anime because I feel that they’re often more “theatrical” than natural. This is just my personal advice—take it with a grain of salt.)

You can also listen to talk radio like NHK Radio (it’s free and available online).

To get the most out of these media sources, I recommend shadowing them. Each time someone says a phrase you recognize, pause the video and mimic what they said.

Over time, you’ll get a better grasp of how native speakers talk, what they say and don’t say, and the proper intonation for each phrase.

When I was actively studying Japanese, I had a personal rule for myself: Don’t use a new word until you’ve heard someone else say it in context.

Words are not interchangeable. We use them in specific situations, and they sound weird when used out of context.

In English, for example, we say “best day ever,” but we don’t say “supreme day ever” or “top day ever,” even though “best,” “supreme,” and “top” can mean the same thing.

So instead of learning individual words and stringing them together yourself, it’s best to learn them in phrases spoken by native speakers themselves.

This is where having media sources will come in handy. You can see which words speakers string together and in which context.

You can also Google words to find articles that use them or see what images come up to give you a better feel for the nuance of the word.

(By the way, I still keep this rule for myself.)

This may sound crazy, but when I was first learning Japanese, I would try to act like I was Japanese.

I copied the mannerisms, phrases, and activities of the people around me. I tried to eat what Japanese people ate and experience as many cultural traditions as I could.

I found that this helped me the most to sound like a native speaker. After all, communication isn’t just the words you say. It’s also your facial expression, your body language, and your movements.

And language isn’t just words on a page. It’s the culture behind those words, the philosophy of a people and the way they think, and the everyday life that gives rise to the words we use and the way we use them.

I think that’s the essence of being a native speaker. And although I will never actually be a native Japanese speaker because that door closes in your brain by the age of 8, this experiment in my life helped me close the gap between “trying” to speak Japanese and actually, fluently speaking it in everyday life.

Now I’m not suggesting you change yourself or become something you’re not. Today, I’ve found a balance of communicating like a Japanese person but still being my unique self with my own set of values and preferences taken from both Japanese and American culture.

But if you really want to become near-natively fluent or bilingual in Japanese, I recommend trying out a season of “acting” like you’re Japanese, even if just for a short while. It certainly helped me a lot.

In this article, I introduced 4 ways you can make your Japanese sound more native.

Remember, this is my personal advice, and learning Japanese will be different for everyone. What works for me may not work for you, but if you haven’t tried them yet, I highly recommend trying at least one.

If you’ve read this far, leave a comment and let me know what you think. Have you tried any of these methods? How did it go?