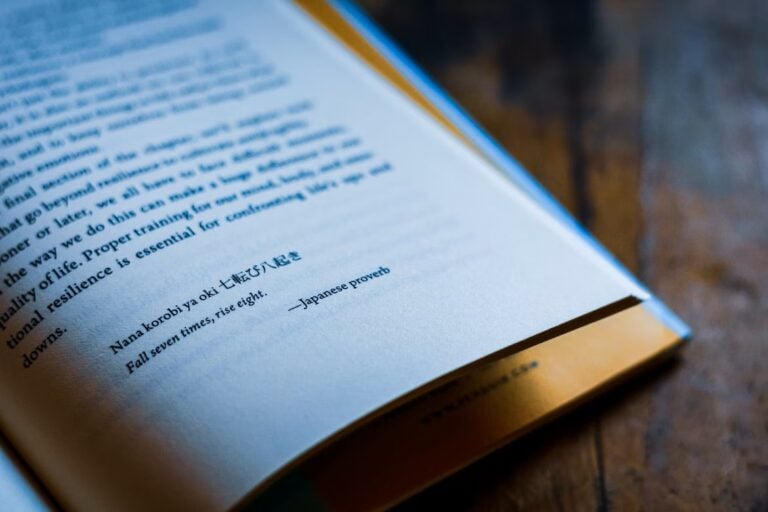 Perhaps you are a student and you need to write an essay in class or perhaps you are trying to write a report for your boss at work. In Japan, it feels like we constantly have to be writing for some form of paperwork or another. However, as you sit down to begin writing, there may be many questions immediately coming to mind. Is this article I would like to discuss a few different things to keep in mind while writing to a Japanese audience.

How should you structure your writing?

Typically, when we are writing in English, we like to start with a conclusion. In English, we tend to speak with an SVO order. In this structure, important actions are often placed at the beginning of a sentence. For example:

In this sentence the action “to eat (ate)” is placed immediately after the subject “I”. This causes the important information to be weighted at the beginning. From the action, additional information can then be added.

“I ate sushi with wasabi and soy sauce.”

“I ate a lot of sushi with wasabi and soy sauce and green tea ice cream for dessert.”

In this sentence べる (to eat) can be seen at the end of the sentence instead of the beginning. When we add the additional information like we did before, we can then see that information comes before the action.

As a result of this difference in structure, the difference attentional weight between the language shifts from the beginning (using SVO) to the end (SOV). Subsequently, this translates as you begin writing large structures. This means in writing Japanese tends to place major conclusions and thoughts at the end of a paragraph with the details and evidence leading up to it. In contrast, English tends to format critical information at the beginning of the paragraph leading with conclusion and following with supporting details and evidence.

So while you are writing towards a Japanese audience, you may want to keep this in mind as their attention may be biased towards the end rather than expecting the main idea to be presented early on during the introduction and the ending to be a summary. 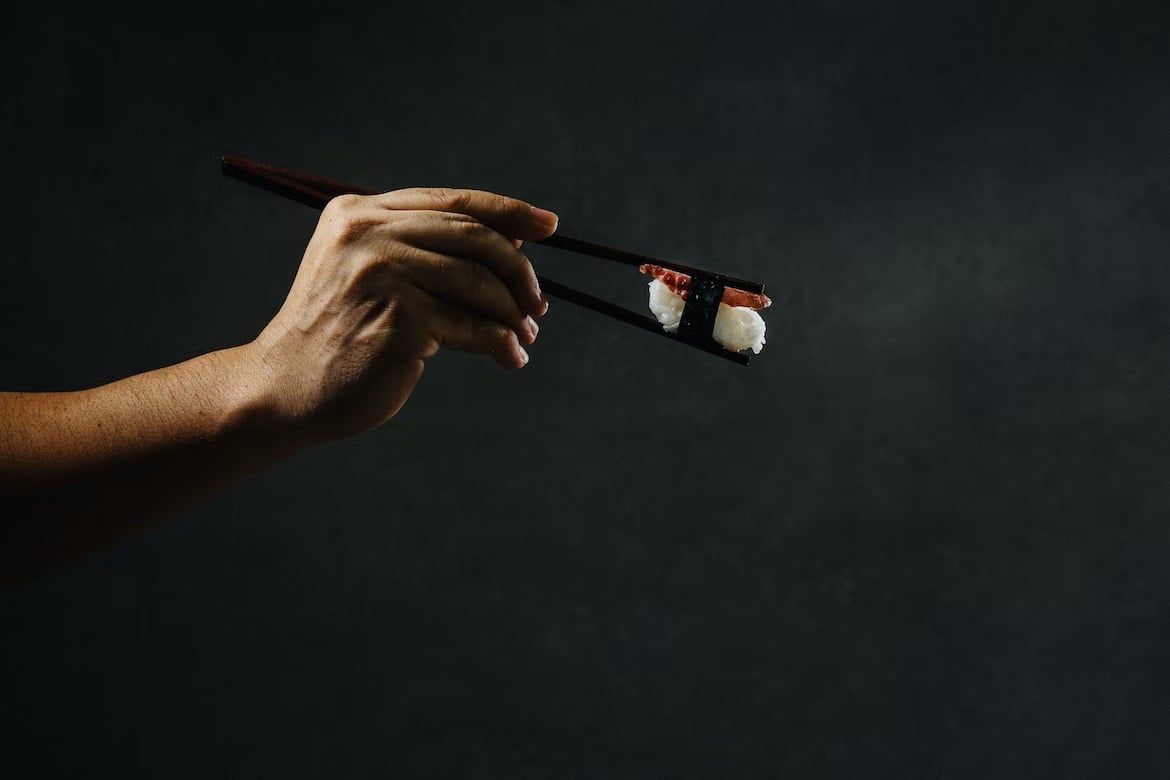 Is my writing too assertive?

In English, it is not uncommon to hear teachers say to avoid passive voice over active voice. Often the tip is that passive voice weakens the sound of the writing and makes you sound less confident.

Perhaps you are wondering what an active or a passive voice means? Let me explain, when you use active voice, it typically means that in the sentence, the subject performs an action rather than receiving the action as in a passive voice. Let me show you two examples:

In Japanese these differences of voices also exist by using the conjugation of 〜られる (rareru) (passive voice being called while active voice is called .

So let’s translate our examples:

Here you can see the subject (marked by は, this being called a particle) shifts from the active agent (the boy/男の子) to the object (寿司/sushi). Likewise the particle marking the object goes from を to に. Of course, in this case you don’t have to worry about exactly what the particles mean to understand how the order of action works in the sentence.

However, an important thing to note is that Japanese passive sentences tend to get more complex than that. For one, there are two types of passives: direct and indirect passives. In direct passive, the effect that the action occurring has is obvious because it shows the directness of the action.

「このにをかまれた」(I was bitten by this dog on the hand)

In Japanese, this sentence indicates that something unfortunate or something outside of the subject’s control occurred whereas its active counterpart would be more neutral.

However, indirect passive is what is quite different than English because it has no equivalent in English. This form of passive speech is used to express something that has an effect on me. So, let’s take an example of say you are sitting in a bar and a man next to you lights up a cigarette. The smoke keeps wafting on you and you are getting frustrated, so you say:

The action (smoking) is done by the active agent (that old man), but the object is actually the cigarette itself. The subject of the sentence (I or 私は which was omitted) is the what is being effected by the action. By using a passive sentence here, the act of smoking being done to the speaker emphasizes that it is not the speaker’s fault they are being affected by the smoke allowing the speaker to create the nuance that the action was annoying them. The natural English translation would be “This man’s smoke is getting on me!” which is an active sentence rather than a passive sentence in Japanese.

Of course, this grammar structure not always used for negative statements, but we don’t need to worry about all the details. The point is the benefit of passive sentence in Japanese is it allows a more nuanced direction of action. In English, as mentioned before, we have an SVO sentence order, so when we use passive speech, the order of the sentence disrupting the direction of the action. For example, in “The sushi was eaten by the boy” example, the agent of the action “the boy” is put at the end while the object “sushi” is put at the beginning disrupting the flow of action from the agent to the object.

However, in Japanese, this order of action isn’t disrupted as given its difference in sentence structure. Because of it, it doesn’t weaken the flow of sentence making it less unnatural when speaking or writing.
Now that I’ve said all of that, you might be wondering “ok so what?” Well, if you understand that there is a difference in passive versus active speak, then when you are communicating with Japanese people, you will start to notice that often, regardless of whether you are speaking in English or Japanese, many Japanese people will prioritize passive over active. This makes the speech sound softer and less assertive.

While writing to a primary Japanese audience (such as a boss or a teacher), you may want to consider this difference in mindset as over relying on active voice might come across as more aggressive and may cause a shift in the information being presented is received. Especially if you are using Japanese in your correspondence. 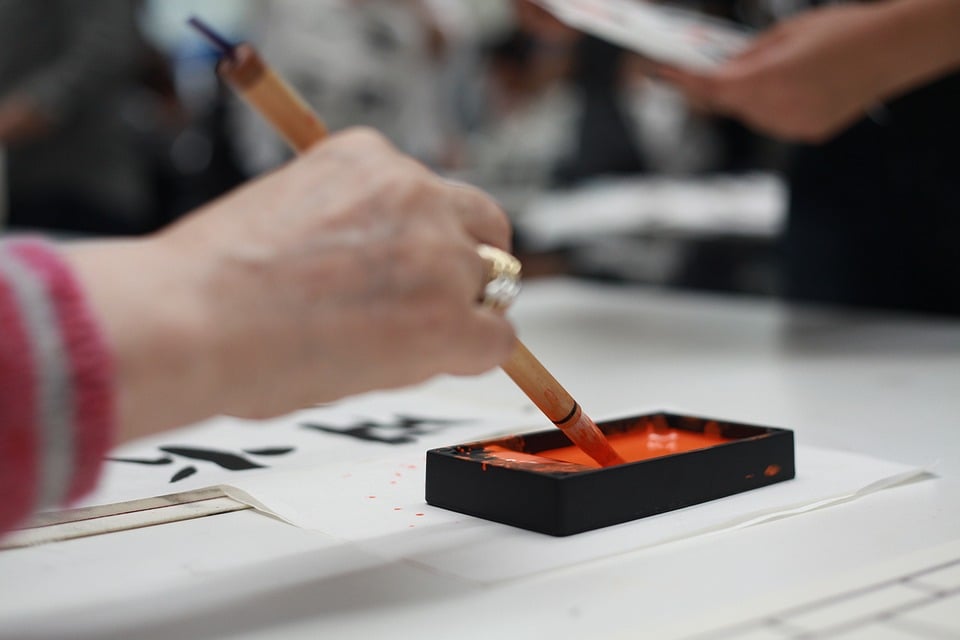 How formally do I write in Japanese?

This last tip is more for those who are having to write in Japanese language. However, even if you only write in English, I think being aware of how things are said about the Japanese structure is still important when writing for a Japanese audience.

The basic rule of thumb is to use casual form (～だ/である) when you are writing in academic, official, or for things like newspaper. Often using this form makes the writing feel less rigid, especially when you have a general audience in mind rather than a specific person you are writing to.

When you want the reader to feel like you are addressing them more personally (such as in a personal essay) you may choose to write in polite form (～です/ます). So for example, if you are writing to a specific person like in a cover letter or a letter to an editor or you are writing a essay meant to be spoken like a documentary or a memoir, this form tends to feel more personalized. Typically, polite form is used when you want to show someone respect, so in times you are directing your writing at a specific person, showing them respect is a good thing to do.

However, there is overlap. There are times you may choose to use casual form in personal essays and polite form in official documents. In the end it all depends on the reason why you are writing and what sort of impression the writing is meant to leave.

The biggest thing to keep in mind is that it is not good to mix forms without reason. If you write in polite form, all of the writing should be in polite form and likewise for casual forms. The only times that there are exception’ is in the case of quotations or titles where the original text may have been written in a different form.

If you are learning Japanese and are interested in learning more about academic or professional writing, then I recommend looking into the book series『大学・大学院 留学生の日本語』published by 株式会社アルク. Additionally for those who are able to read Japanese, the book 日本人のための日本語文法入門 by 原沢伊都夫 (静岡大学国際交流センター教授) is also recommended.

My name is Katarina Woodman and I am a master's student in the Department of Cognitive Psychology in Education, Graduate School of Education. I graduated from Central Michigan University with a bachelors in psychology and philosophy. My current research theme is related to audiovisual perception processes of second language speakers. Essentially, in my own research, targeting people who are native/fluent in English and speak Japanese as a second language, I aim to answer the following question: “Does reliance on lip reading increase comprehension in multilingualism?”

In addition, my hobbies include many activities, such as drawing, studying languages, taekwondo, tea ceremony, café hopping, and music.