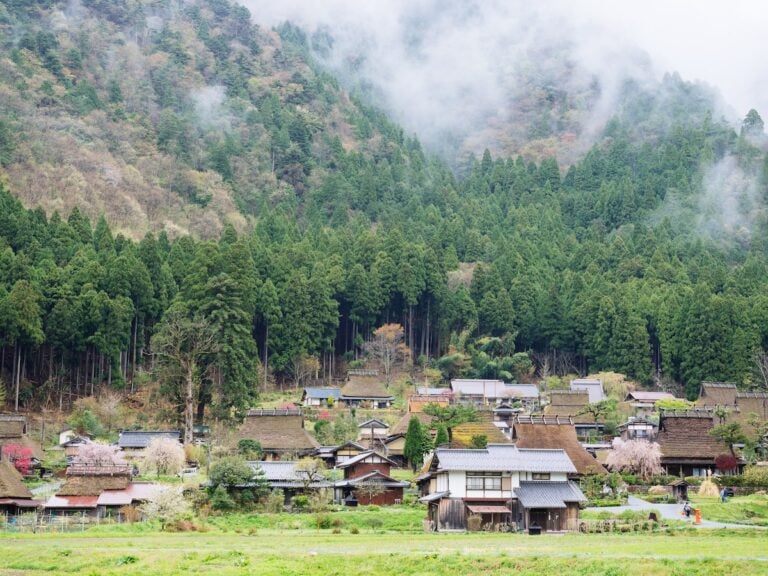 Of course, this is not a position that most people would ever imagine finding themselves in, and with this newfound purchasing power came a lot of questions and trepidations. What should we buy? Where should we buy it? Can we actually buy a house on our current visa? Is it even a good idea to buy a house in Japan?

Perhaps we should start with some background information:

Both from the UK, my wife and I came to Japan seven years ago, and I quickly found a job teaching English at an international preschool. We were granted a one-year work visa and settled into a rented apartment in Fukuoka city.  Six years, three apartments, 2 children (one adoption), and one family bereavement later, we find ourselves with the keys to an old Japanese house in our hands.

Like so many travellers to Japan, we had experienced the draw of the country: the people; the nature; the culture; and decided to make this country our permanent home. And by home, I always presumed that would mean a rented apartment in the city where I worked.

With each new child, we have moved to a larger apartment and seen the monthly rental costs increase accordingly. And as the kids have gotten older, our once-spacious apartment has begun to feel cramped and crowded.

Before having the money to buy a place of our own, we looked around for other options: renting a house further out of the city, or taking care of a property in the middle of nowhere (the infamous Akiya of Japan). But, we were always met with obstacles that we were unable to surmount: exorbitant key/gift money fees; owners with unreasonable expectations/requests (such as storing all their belongings in the upstairs bedrooms…!); having to pay for renovations despite only being granted a two-year lease agreement; or the fact that a lot of these houses are in undesirable locations with little opportunity for work.

That all changed last year when my wife unexpectedly inherited some money. The amount wouldn’t be near enough to buy a house in the UK, but as it turns out, houses in Japan can be a lot cheaper than you’d expect. Our gaze shifted from a life of renting, to a dream of home-owning.

We began to search for houses in desirable locations (not too far from our city, but far enough to enjoy the wonderful landscape of Japan’s mountains and fields), went to visit a few properties, and reached out to an English-speaking estate agent for help. With every property we visited, every owner we spoke to, and every person we sought out for advice, the stark reality of buying a house in Japan became more apparent- we may be biting off more than we can chew!

Our budget allowed for an older house, and with that comes certain issues. Old houses in Japan are made from wood. In the UK, all houses are made from brick. I had no idea how different that distinction would be. Of course, wood has its benefits as a building material: it’s light, easy to replace, cool in the summer, and moves in motion with an earthquake. But did you know that wood also turns out to be delicious for termites? And easily susceptible to water damage? And absolutely freezing in the winter?

Not only that, but unlike properties in the UK, houses in Japan lose value from the moment they’re built. So, rather than becoming an asset over time, it instantly becomes a liability. There’s also the issue of land in Japan, and the rules and regulations that govern what can, can’t, and must be done on certain types of land. For example, on top of the 13 different Land Use Zones in Japan, if the land is designated farmland, it MUST be farmed for 30 years and, in principle, is prohibited from being converted for non-agricultural purposes.

With all this new knowledge, we eventually found a house that was right for us: old, but not too old; in the countryside, but not too far from civilization; land with no usage restrictions; and no history of termites. The next step was finding out whether we were even able to own property in Japan.

As it turns out, the requirements for owning property and land in Japan are incredibly lax, which is frankly shocking considering Japan’s love of red tape. There are no visa requirements whatsoever, and people living outside of Japan can even purchase and own land without ever having set foot in the country.

The Process of Buying a House in Japan

Having an English-speaking estate agent is the number one piece of advice I would give to anyone seeking to buy in Japan. The amount of paperwork (I’m talking binders and binders of contracts, legal documents, house and land information), tax calculations, meetings and emails, was overwhelming. With our amazing agent, however, all the documents were converted to English, the process was explained, and all meetings were simultaneously translated. All I had to do was listen, stamp my inkan, and make the bank transfer.

This brings us to now, owners of a house about an hour away from Fukuoka city. We are, however, not living in it. Not yet anyway. With it being an old house, it is in need of some quite substantial renovation work. It is already freezing inside, so new windows are a must. There’s also absolutely no insulation whatsoever, so that needs to be addressed. The kitchen needs ripping out and starting again, the tiny metal bathtub needs replacing, and despite the purported health benefits, the squat toilet just doesn’t do it for us.

The old tatami mats need to go, the walls need refinishing, the heating and cooling need to be addressed, and the water-heating system needs to be replaced.  My children have to be enrolled in new schools, and I should probably find a job so we can pay the bills.

Ah, the bills! Owning a property comes with so many more bills; fire and earthquake insurance; land tax; property tax; and community fees. But, after all is said and done, we now have a place to call our own. Our own house that the children can grow up in, and we can grow old in.

With the increase in monthly costs, initial and continuing renovation work, and instant depreciation in value, buying a house in Japan isn’t a “sound investment”, some may even consider it a bad decision. Rather, it is a lifestyle purchase. And if you want to live in Japan long-term, in a house you can call your own, then perhaps it might just be the right “bad decision” for you.

Because in the end, you will have a house you can paint, decorate, and change however you like, a home that your children can grow up in, and a slice of Japan that you can call your own.

(Not necessarily in that order)