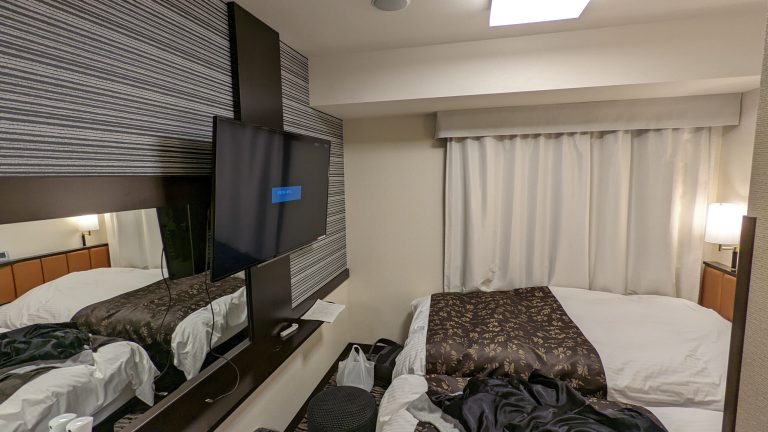 As you might know, Japan has introduced some pretty draconic rules for re-entry to Japan.

Depending on what country you’re coming in from, you might have to spend some time in a quarantine facility. I recently returned from the UK, and because of Omicron being rampant there, I was required to spend 6 days in a quarantine hotel. So let me tell you what my experience of this has been like and some suggestions for you if you are coming back to Japan anytime soon.

An update from January 15th, the quarantine period total has been reduced to 10 days, but as far as we know countries with high numbers of omicron cases are still mostly required to spend either 3 or 6 days in hotel isolation.

Arriving at the airport and bureaucracy 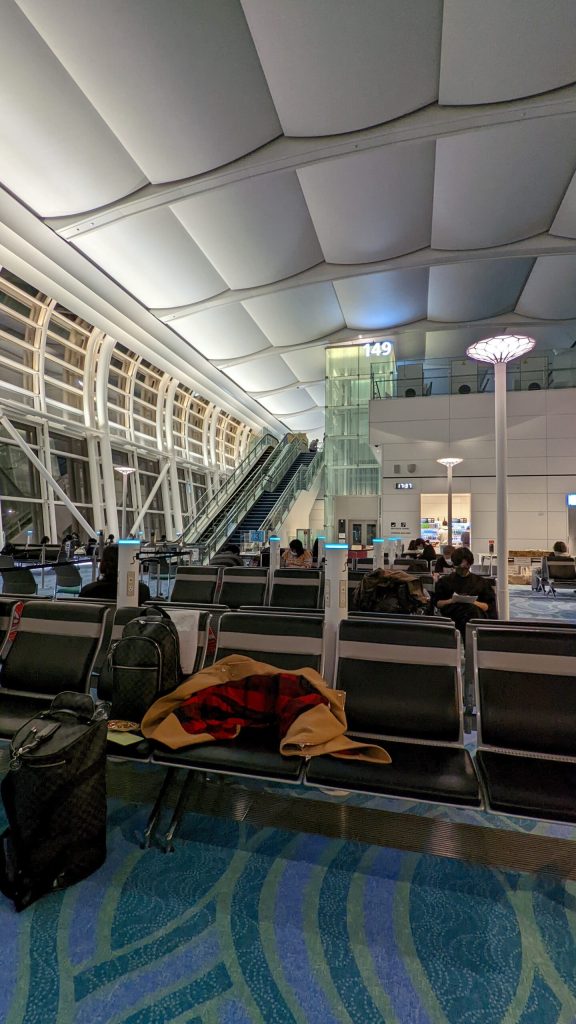 Bring or Uber some proper coffee. The instant packets they have there are the worst…

I took a direct flight from London Heathrow and arrived at Haneda at 3pm in the afternoon. The process to get through immigration requires quite a few specific documents, and if you don’t have them I presume there will be some trouble. The details can be found on the MOFA site but when I went they needed:

The most important one to do in advance of your flight is of course the Covid testing document. You need a negative test within 72 hours of your flight departure time, and you’ll need to bring the document with you to wherever you get your test because it isn’t always easy to know exactly which kind of test you’re getting. There are several categories for the PCR test depending on the process that they take, so be careful to book the right type.

What if I got Omicron before my flight, but recovered?

This was my situation coming back from the UK. I had Omicron over the Christmas holidays and it was a little easier than an average flu. I felt a bit tired for a day, but recovered quickly and just had a cough for a few days and a little runny nose. I took a quantitative antigen test for my “fit to fly” because PCR tests can still come back positive weeks or even months after you have Covid. They will also PCR test you when you land, but you can explain it if you get a positive test at this point (not sure how much difference this makes). Luckily I had a negative test upon arriving.

How long will it take to get through the airport

There is a literal assembly line of people to go through to get out of the airport, and it can take a long time. Mine took around 6 hours from landing to getting to the hotel room for my 6-day quarantine, but I have friends who waited 9 hours to even leave the airport. It really does depend on what time you arrive, but even a quick procession can feel like forever when you’ve just come off a long flight. My flight was 13 hours and I barely slept at all, so by the time I got to the hotel room in Yokohama, I had been awake for nearly 40 hours…

Mostly you’ll be moving throughout, giving people forms, replacing forms with new forms and getting your PCR test and the results. Isn’t it crazy that paying for a PCR test takes a day or so to get the results, but in the airport you can get them an hour after you take the test. I was pretty impressed by the express test speed. The main issue was not having any water or food until you get to the final room where you get the results of the PCR test. There’s a lot of walking, a lot of spitting into vials and doing brain melting form filling (can I just write my name and address once and photocopy it?), and by the end of it my throat was raspy and the vending machine in the waiting room had run out of everything. They had some weird cookie rations that tasted like soap, but that made me even more thirsty. If you can hold on to a bottle of water from wherever you come from and bring it with you, that would be useful (don’t drink it before your PCR test though, they don’t want to skew the results).

Quarantine food is worse than you expect 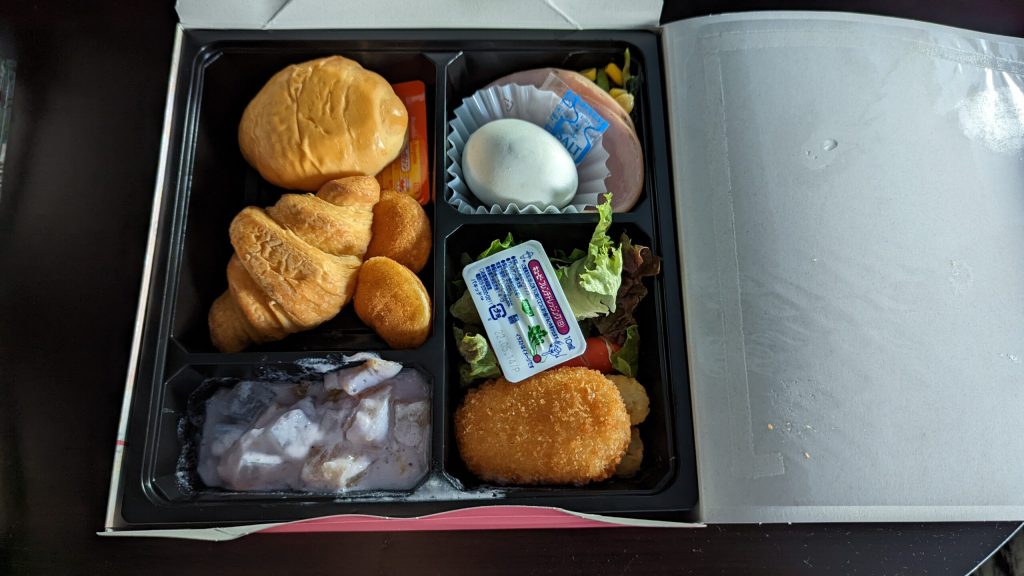 This bread roll had the texture and flavour of a kitchen sponge… ask for the vegan menu.

I am a foodie, and part of the reason I still live in Japan is that the food culture here is so amazing. However, the bentos they give you in quarantine are AWFUL. I mean truly some disgusting stuff. I should have taken pictures of every meal, but here is an example below. One of them was so bad I just put it back outside and didn’t eat any of it. I’m talking shirasu (those tiny grey fish) covered cold rice, little fish cakes made of God only knows what, and funky brown sauce covered pickled daikon. Also lots of fried food, like a weird shrimp paste croquet that I spat out after realising what it was.

Life hack – pretend you need vegan or halal. I called them on the room phone to switch after day 2 and it was the right decision. It didn’t have as much variety, but I much prefer bean salad with an olive oil packet, a little bread roll and some apple sauce to a variety of gross fried foods. The bread rolls are hit and miss, sometimes tasting like a kitchen sponge and other times being not bad. I was much happier with the vegan meal. 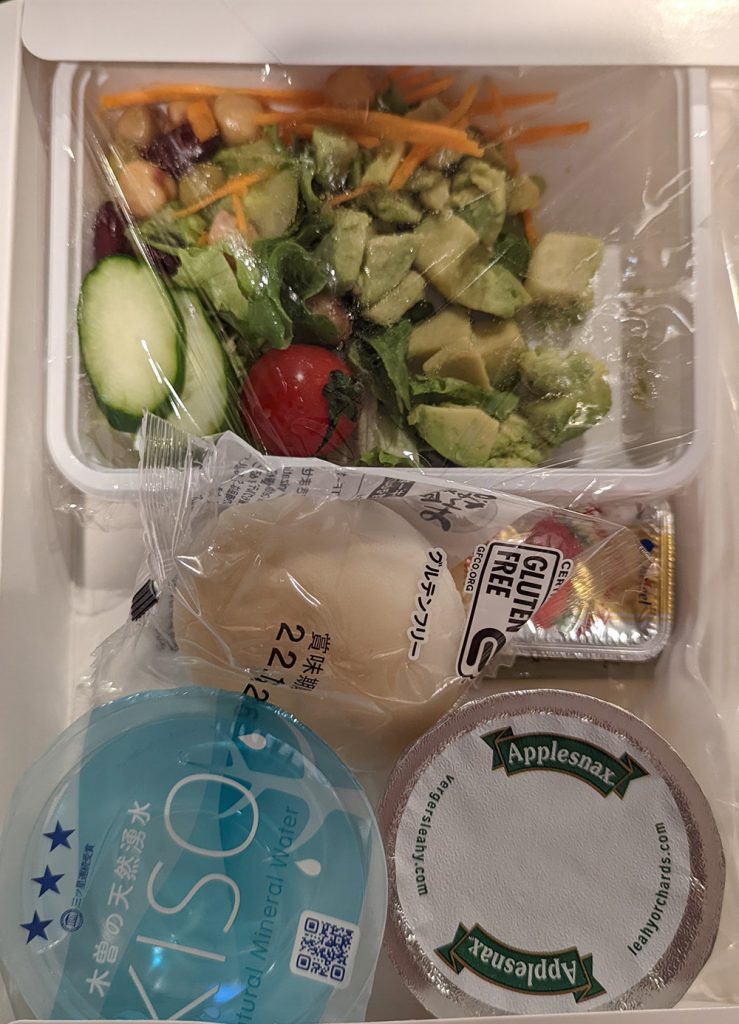 The vegan meals taste much nicer, though they are pretty low calorie…

Highly recommended would be to either get a friend or use Uber Eats to grab some supplies from a local convenience store. A good friend of mine sent me a care package with yoghurts, chocolate and vitamin C tablets and drinks so I didn’t get scurvy eating the awful quarantine food. It was really a life saver, I was starting to feel sick not from coming down with Covid, but from having to suffer through the awful meals. I also went through a lot of my meal replacement shakes that I brought back from the UK, mixing them with water to at least have some sustenance when I would only eat 200 calories of the horrible bento. Alternatively, have you done any 3-day fasts recently? Might be a good time to try it.

This will vary wildly depending on where you are placed. A friend of mine was put in college dorms in Chiba when she came in to Narita, and spent 3 days in a pretty nice room with a TV and a nice view. My room, on the other hand, is pretty claustrophobic. I have two beds taking up all the space in the room, and not enough space on the floor anywhere to even lie out flat and do some push ups. I wanted to exercise so I brought some resistance bands, which I highly recommend as if you get stuck in a hotel like mine, you won’t be able to move very much. No yoga for me, so my new year’s resolution has been thrown off a bit. 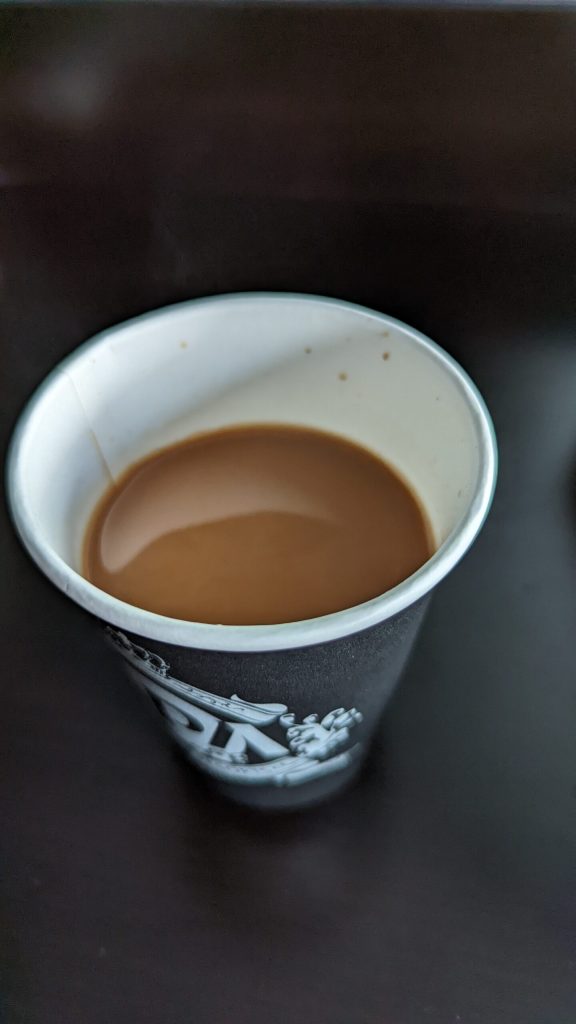 Bring or Uber some proper coffee. The instant packets they have there are the worst…

Bring something to do. I at least have a TV, and I unhooked their system and plugged the HDMI into my laptop so I could watch some movies on Netflix. They have WiFi and it’s good enough to play HD content and YouTube, so no issues there for me, but this isn’t a guarantee. If you’re anything like me and you are extroverted and sociable, you’ll want to find some friends you can have long chats with. I’ve actually enjoyed a few hour long talks with my friends over the phone, and apart from interrupting their lives this isn’t a bad time to do it. I also brought a nice book to read. Bring something to do. 6 days might not seem like a lot on paper but it feels like an eternity when you are stuck in a room with no human contact.

You’ll need to install the government’s tracking app on your phone at the airport, and it has a few things you’ll need to do.

I usually have my phone on do not disturb mode so I set a preference to allow that app to bypass it and give notifications, and it isn’t too intrusive. It displays your last day of quarantine in the box, and I’m really hoping that mine updates to shave off the 4 days of quarantine (14 down to 10) from the update on Jan 15th.

Back to the airport

On your final day they should take you back to the airport by bus. You aren’t allowed to take public transport, so you’ll need to book some kind of private transport to get you where you need to go. Taxis can be very expensive so I recommend using one of the services that have cropped up during the pandemic to do private hire drivers to get you where you need to go. I used nearMe to book my transfer but they are a little inflexible with their time. Given that you aren’t able to know exactly when your airport transfer will be, it would be nice if you could call them or message and switch your transfer rather than spend hours waiting in the airport.

It feels like a big waste of time and resources to me, but this is a time cost you need to take into account when you travel abroad during Covid. I was unlucky and they changed the rules while I was out of the country, but now that there are some rules in place we can expect this kind of thing to happen. I hope you found this article helpful and feel more able to prepare for quarantine back in Japan. Stay safe out there!