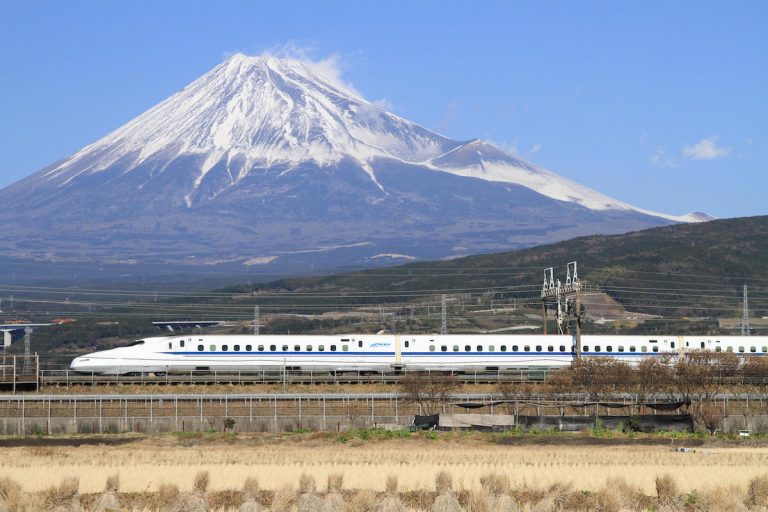 Japan is a country famous for a myriad of reasons. Stunning rural landscapes link the incredible feats found in the architecture of the cites, each with a variety of traditional foods based on the tastes of the different regions that invented them. Natural wonders like Mount Fuji, sites of historic importance like Hiroshima and Kyoto are also spread across the country. Just about anywhere you want to go has something worth seeing. With the Shinkansen, or as its come to be known in English, the “bullet train”, it’s possible for visitors and locals in Japan to see and experience all the country has to offer in style and comfort.

In fact the Shinkansen has itself become a reason for many to visit Japan. Admiration of trains is by no means a modern culture, and the Shinkansen is the modern holy grail of locomotion. Coupled with the highly attractive “Japan Rail pass”, allowing foreign visitors to take unlimited rides, the Shinkansen’s popularity only continues to grow.

The growth of the Shinkansen through the decades

Talks about the need to build the Shinkansen started as far back as the 1930s. Whilst tunneling work was well underway in the early 40’s, the war ending up delaying the construction until 1959. In this new age strong push back to the project came from the airline and car industries, who deemed locomotion an outdated nineteenth century technology. However the project managed to gain approval to resume in 1958.

The first Shinkansen line, the Tōkaidō line, formally began service on 1 October 1964. The line shortened the trip between Tokyo and Osaka from 6 hours and forty minutes down to 3 hours 10 minutes. This enabled tourism between the two cities for the Tokyo Olympics, as well as encouraged local tourism and business ventures. By 1970, the Tōkaidō line had its number of trains boosted to 16, due to the success and forecasted demand expected around the Osaka World Festival. These original train cars could reach 220 km/h ,and continued to run all the way until 30 November 2008. 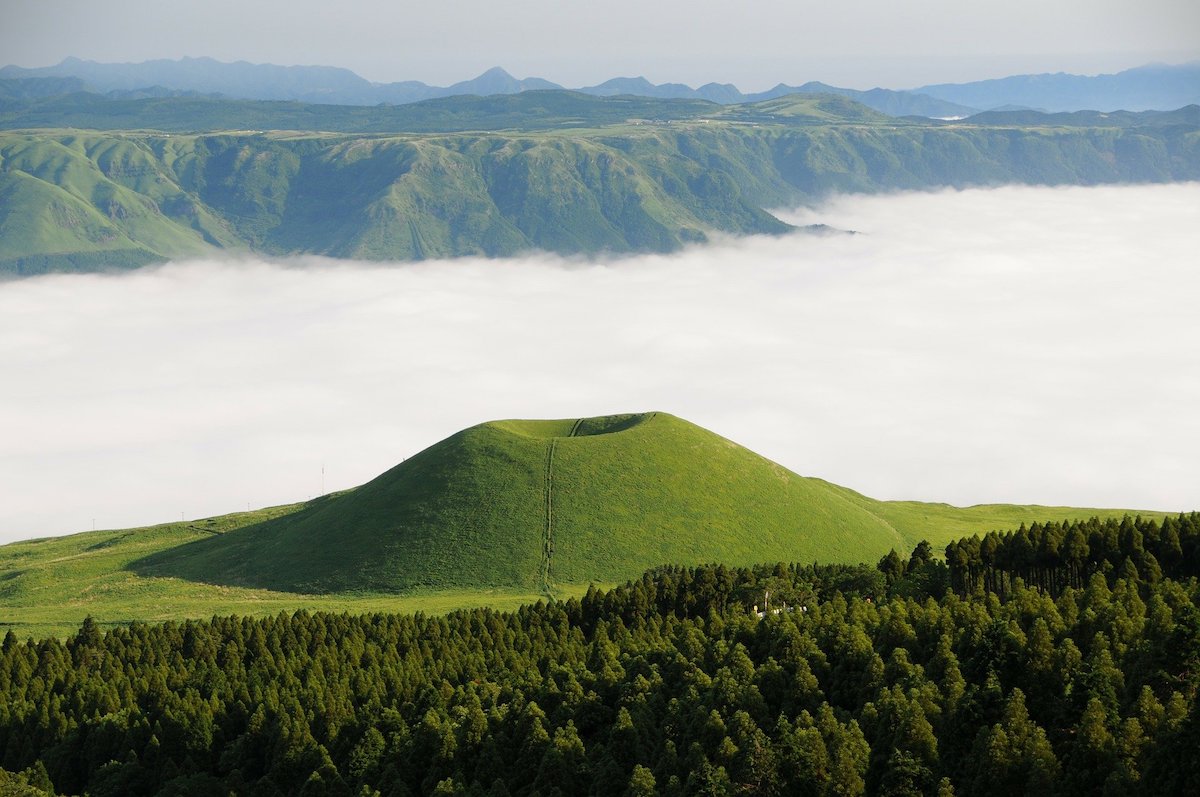 The success of the line made further extensions popular with the public and government. The second line, the San’yō, began operating between Osaka and Okayama in 1972. It was then further extended to Hakata in 1975. The reach of the Shinkansen continued to grow through the decades, and in fact construction is still ongoing for more lines. In 1982 the Tōhoku Shinkansen linked Saitama and Iwate, and the Jōetsu Shinkansen connected Saitama and Niigata. These lines would eventually grow to run right into Tokyo as well.

The next line on the agenda was the Hokuriku Shinkansen. Construction began in 1989, and the line would run through the mountains up to Nagano, and eventually along the coast of the Sea of Japan, where it would finally reach Kanagawa in 2015.

In 1992 the Hokuriku Shinkansen would begin its journey up from Fukushima to Yamagata, thus providing high speed rail to the as of yet ignored western coast of Honsyu. However the Shinkansen had not yet reached total coverage, and the next target of the agenda was the north. In 1997 Akita was linked to the Tōhoku line via its own new Akita Shinkansen line, whilst the Tōhoku line itself continued to grow, reaching Aomori prefecture in 2002, then the city itself in 2010.

However don’t be fooled! The south of Japan was in no way neglected during this eventual reach to Hokkaido in the North. In 1998 work on the Kyūshū line began, with services beginning in 2004. The line would eventually link Fukoka and Kagoshima, and construction is ongoing to also link up Nagasaki on the western coast.

Speaking of Hokkaido, in 2016 the service official linked Aomori and Hakodate, thus completing the Shinkansen’s spider web map over the entire mainland’s of Japan! 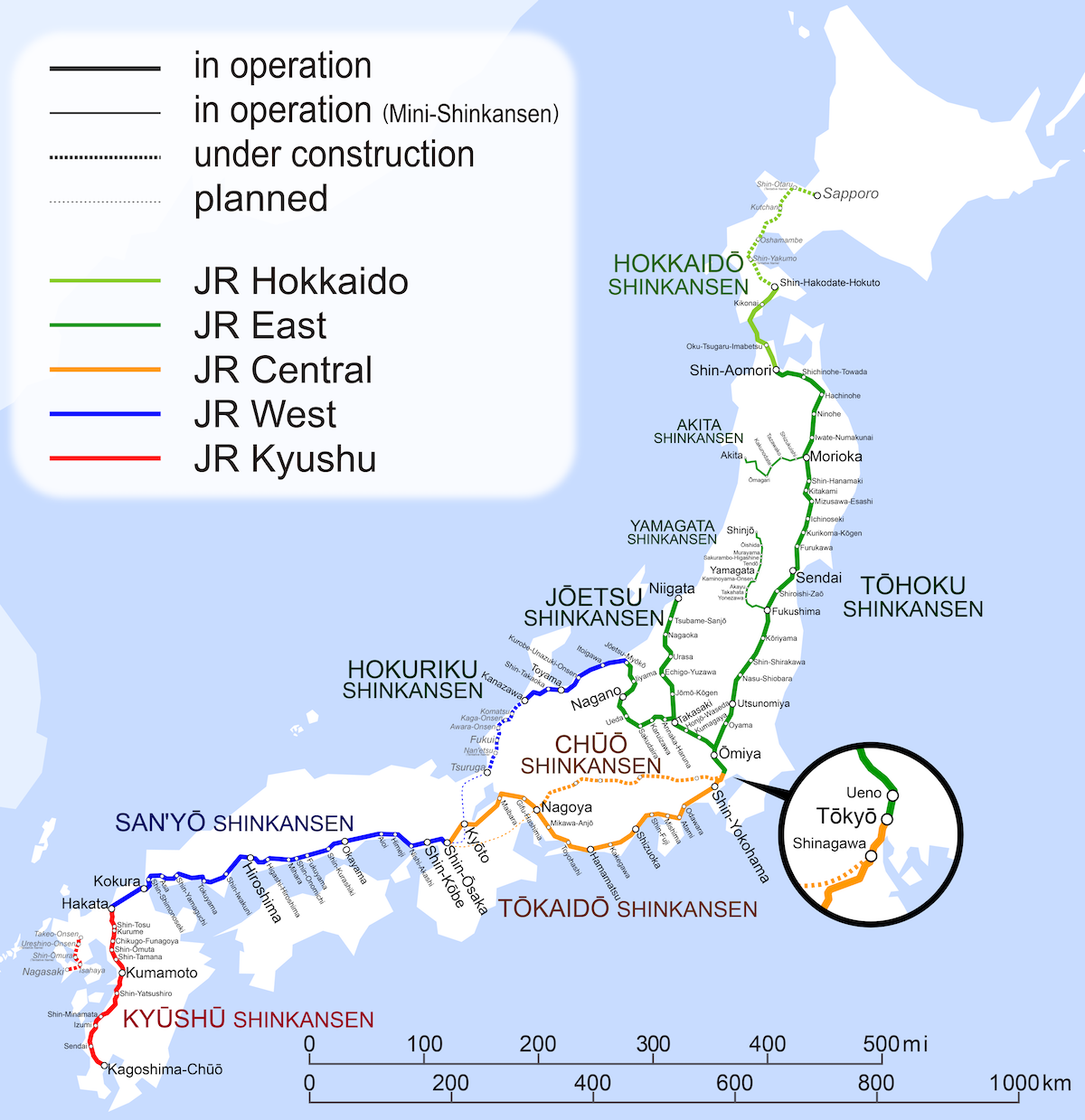 Amazingly, over the 50 plus years of the shinkansen’s history, there has never been a fatality or major lethal accident. A single passenger fatality occurred whilst stopped at a train station when a passenger was caught in a door. This near perfect record in the earthquake prone country is impressive, and whilst two derailments have occurred, first during the Chūetsu earthquake on 23 October 2004, then on March 2nd 2013 on the Akita Shinkansen due to a blizzard, neither accident resulted in passenger fatalities.

The Future of the Shinkansen

However the history of the Shinkansen continues to grow even today. Current projects include extending the Hokkaido shinkansen up to Sapporo city, expected to be in service by 2035. More ambitious and controversial however is the planed maglev, “linear shinkansen”. This service is planned to begin service between Tokyo and Nagoya in 2027. The line has been dubbed the linear shinkansen as it will tunnel straight through the mountains and cut the travel time between Osaka and Tokyo down to an incredible 67 minutes. Though the project has been hit with much protest due to environmental concerns, as well as economic feasibility, the project continues to move forward despite this. 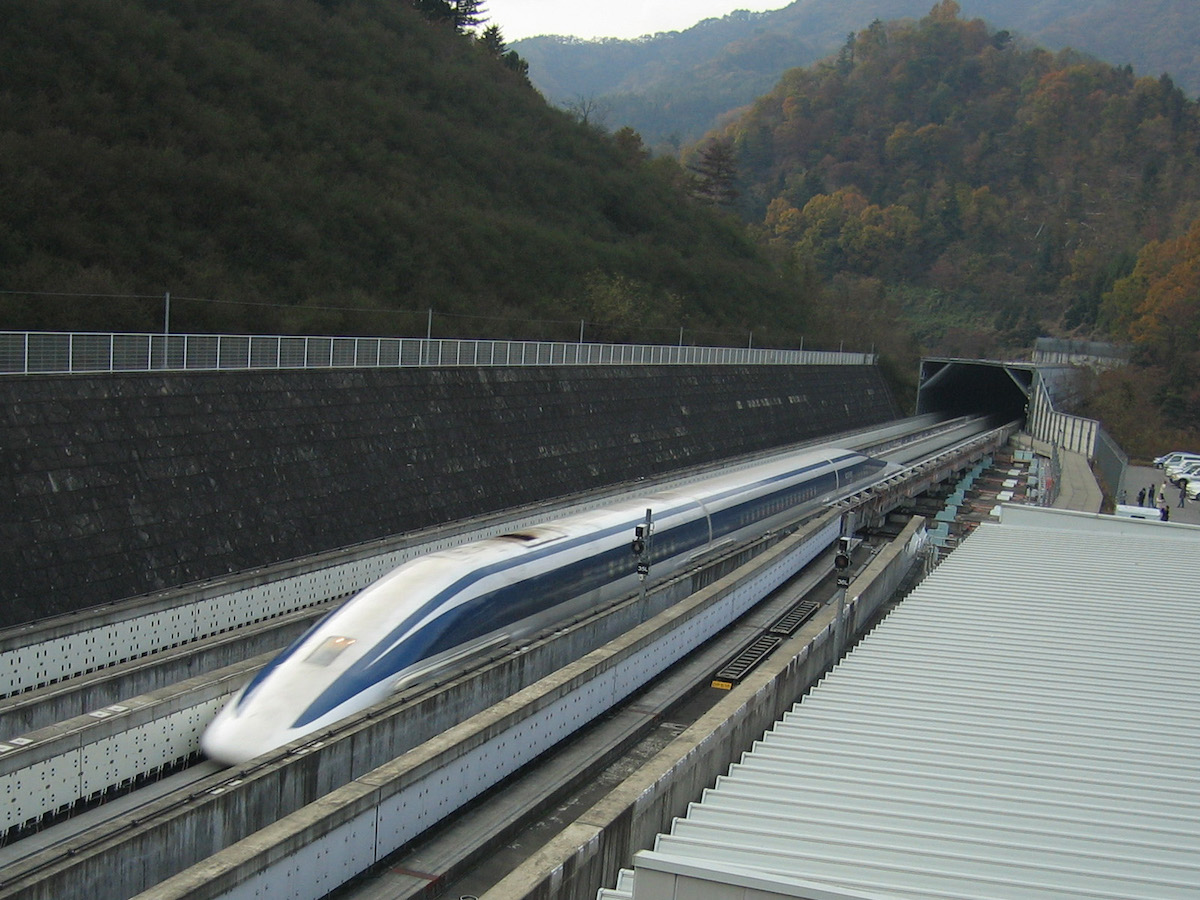 The maglev shinkansen would provide an aggressive competitor to the airlines, matching their speed with only a fraction of the hassle, on a significantly more comfortable ride. Locomotion is also better for the environment, at a cost of 90-100 Wh/(seat km), compared to flight, where for example the Airbus A319neo uses ~209 Wh/(seat km).
I hope you enjoyed reading about the history of the shinkansen. With this wonderful form of transport it is becoming easier to enjoy all Japan has to offer.