The concepts of uchi and soto is one of the unique aspects of Japanese culture. It is key to understanding Japanese society, the social relationships between people and the closeness or distance between individuals in Japan.

The term uchi literally means “inside”, while the term soto is the opposite and literally means “outside “. These words are used to differentiate social behavior between people from the same group (uchi) and people from different groups (soto). Through these concepts, Japanese people classify the people around them: those inside, and those outside. The way Japanese people behave, speak and relate to people in one of these groups is very different.

The way Japanese people behave, speak and act in each group is very different.

Family is the core of the Japanese social code. That is why the term uchi is commonly used to refer to the “house” and, consequently, to the “family” (because family members are those inside the house, their intimate space). Therefore, uchi would include those people from our closest environment, such as our family, our closest friends, our city and prefecture, school, university or the company where we work. On the contrary, the soto group would include those that are more external to our environment, but still have some kind of relationship with us, such as our company’s clients, distant acquaintances or foreign people. In Japanese there are expressions such as “uchi no daigaku” (“my / our university”), “uchi no kaisha” (“my / our company”) where the word “uchi” is used to name everything that is in our environment.

According to Japanese thought, we can only be truly ourselves with the people of our uchi, while with the soto people we must follow the strict guidelines of the social codes established by the term tatemae (the “facade”, the things that one should say and feel in public), which is contrary to the term honne (the true feelings and opinions). In general, Japanese people treat those considered soto in a polite and respectful way, although sometimes it may seem a little cold, because deep down there is the feeling of “you are not from my close circle” or “you do not belong to my uchi”. Japanese society is a collectivist society, where politeness and good manners (rei) are the key to keep harmony in the group (wa). We realize, then, the importance of the group in Japanese society and it is understandable that they do not relate in the same way with the uchi people as with the soto people. In this regard, foreigners living in Japan (who are seen as soto), often say that, no matter how long they live in Japan, they will always be seen as “gaijin” (literally “outsider”). Japanese people will continue to treat them like soto just because they unconsciously think that they are some kind of “threat” to the harmony of their uchi. Of course, once integrated in a group made up of Japanese people, foreigners usually become part of those Japanese people’s uchi. Then they are treated equally within the group they belong to.

Although these distinctions can also be seen in some aspects of daily life in the rest of the world, the concepts of uchi and soto are fundamental and widespread in Japan, especially in terms of human relationships.

The origins of this dichotomy lie in the traditional ie system of Japan. The word ie literally means “house”, and the ie system was essentially a model of the extension of the family headed by a male figure who took care of the entire family.

It was based on moral codes developed during the Edo period (1603-1868) that were later reinforced by the Meiji government (1868-1912). Three main characteristics could be found within the ie system. First of all, as mentioned above, there was a dominant male figure who was the head of the family and who had power over the rest of the members. Second, this head of the family was the one in charge of the family business, being the one who paid the wages. On the other hand, the eldest son of the family became an apprentice to his father. He had to bring his wife to the house of the family and live together there while he formed to be the successor of the business. Finally, the head of the family himself was considered much more important than the rest of the members. Individual opinions were not valued, and all family members had to prioritize family harmony.

As a result, in Japanese families today there is still a certain tendency towards a strong sense of unity and a sharp distinction between family members and those outside. This ie system still has great importance and influence in the daily life of Japan and was the basis of the conception of uchi and soto.

The concepts of uchi and soto are essential to understand the Japanese mindset and the way Japanese people relate to each other. They are the basis of its social configuration and, therefore, of its culture. 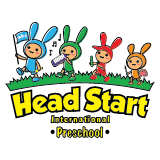