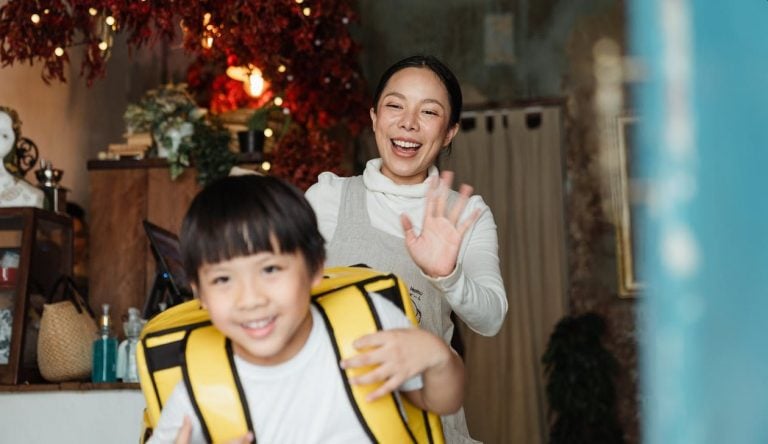 さよなら (goodbye) is probably the first word that most foreign people learn in Japanese. Even people who have never visited these isles are familiar with the expression. However, when people stay for a long time in Japan, they are often surprised to discover that they seldom hear it actually being used.

Sayonara is not simply goodbye

Although Sayonara has become known as a single word, it was originally a combination of two separate words: sayou (like that) and nara (if). Putting these together and we get the original meaning of sayonara: ‘if it has to be like that.’

This highlights some of the uses of sayonara. While it can be used as goodbye (any teacher who has stayed until the end of school will often hear this). It can also be used to say goodbye and farewell to something that won’t be encountered again for a long time.

As sayonara has a slightly formal sound to most Japanese, it is often used ironically to mean farewell and good riddance. For example, you might say sayonara to a disliked worker or a terrible job, and here its implication is that you hope it will be a long time before you encounter its ilk again is understood.

One of the friendly alternatives to sayonara is simply また (later). This has the benefit of sounding like you’ll see each other soon, which adds a more informal sound to it. Because また by itself often has a slightly cold sound, it is often joined with ね, which softens it to make またね. This form is especially popular with women.

Because また often implies that the meeting will be soon, you can add the time period on the end and this allows the speaker to say exactly what when they intend to meet the listener again. また, for example, is used for someone you’ll see in a week, また if you will see them tomorrow. Or you can make things really open by simply saying something like また (see you next time) or またいつか (see you again sometime).

In some situations there are specific ways to say goodbye. One of the most common ones is when visiting someone who has been sick. In such situations, you will often say おに, which is a polite way to say ‘get well soon.’

Similarly, if someone has some kind of risk, even if the ‘risk’ is something no more scary than taking a trip, it is often changed to をけて (take care) instead.

One of the fascinating points about the Japanese language is that Japanese people have a tendency to apologize when they say goodbye. On telephone calls, for example, it is common to hear people finish the call by saying します or its more formal form いたします. Considering that roughly means ‘forgive my rudeness,’ this is definitely a difference between Japan and other countries!

します also appears when people are leaving work in the form おさきにします. Again, this shows a fascinating aspect of the Japanese culture as the first part of this is おさきに (before you); therefore, the rough meaning is that leaving before the listener is rude! If, however, the other person is leaving first, it is often more common to say goodbye by saying おれです (the honored tired person). This shows that you are aware of their work and how much effort it must have taken.

One of the key things is, as always, to listen to how things are said and done in the area that you live in as there are regional and group variations too. Similarly, you may hear one of many different さよなら being used with small local variations such as さいなら, さえなら and さいなあ being heard.

So またね to all our readers and we’ll see you on the next Jobs in Japan article.