Cities like Tokyo and Osaka have an excellent public transportation system that is capable of carrying millions of passengers every day. In Tokyo alone it is estimated that 8.7 million people use the metro daily. One of the problems of this many people being crowded into the train system is sexual harassment of females by other passengers, also known ちかん. In order to solve this problem, women-only carriages appeared in many major cities.

History of the woman only trains in Japan

In Tokyo, Osaka and Nagoya, the main cities of Japan, there were many reports of harassment and other sexual crimes on public transport. According to the experts, the increase in complaints of sexual harassment was not due to an increase in harassment situations, but to a greater public awareness that those are sexual crimes that must be disclosed in order to be punished.

Due to this alarming increase in complaints, the police recommended the train companies to take action. At that time, the initiative had been reluctant on the part of the railway companies that predicted delays by forcing passengers to look for carriages intended for men or women.

The turning point in Tokyo was when, in 2004, a record number of complaints was recorded. That year, complaints of touching and other sexual crimes such as taking obscene photos reached a record high of 2,201 in Tokyo, almost triple compared to the 778 complaints registered in 1996. Among all those complaints, a third were filed by schoolgirls and a total of 1886 led to the arrests of men between 14 and 80 years old. It was also revealed that up to two-thirds of women between 20 and 30 years old had been victims of some form of harassment on the trains.

For this reason, in 2005, trains with exclusive carriages for women began to operate at rush hour (usually from 6 to 9 in the morning and from 5 in the afternoon to 9 at night) or throughout the day. They are marked with pink signs that say “women only” on the outside of the car. There are also signs on the floor of the train station, right in front of where the train stops and the doors of said carriages are opened.

There are currently women-only carriages on 87 lines of 32 railway companies. 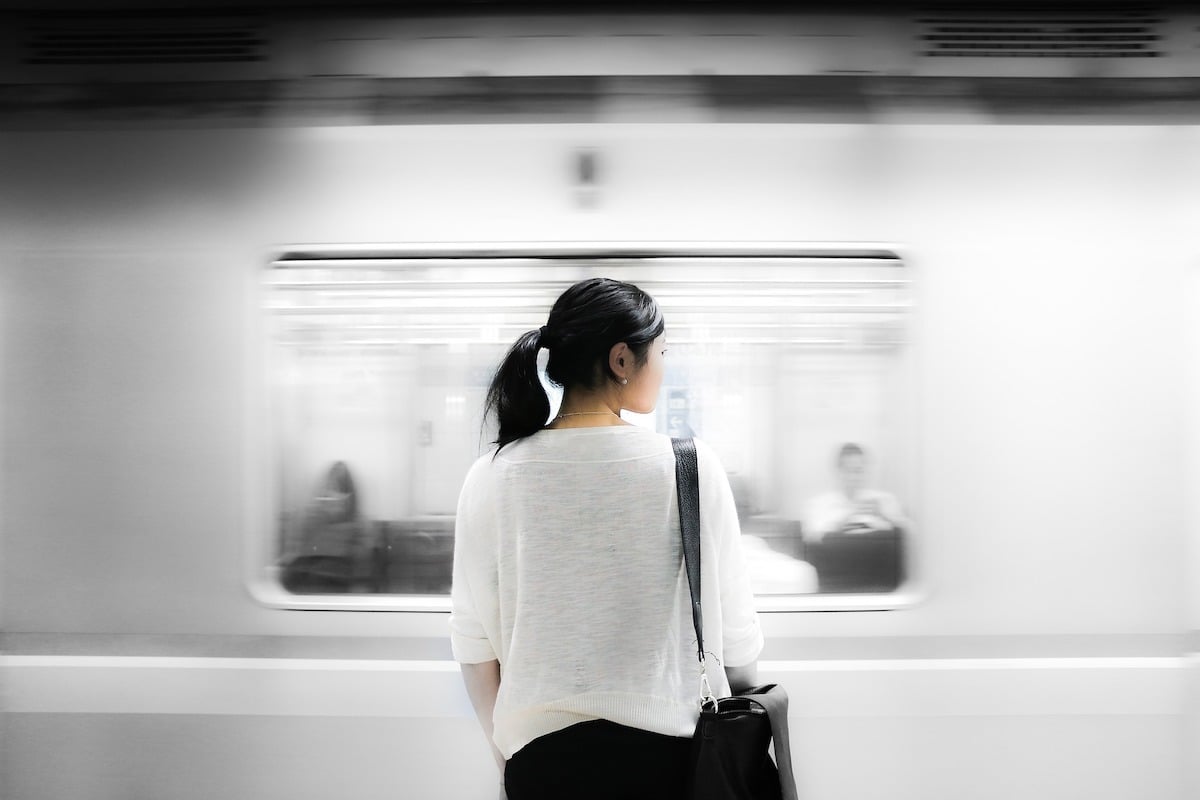 At first, the measure had generated rejection in some men, who said they felt “discriminated”. They also stated that the rest of the carriages tend to be more crowded than the “women only” one, and that they do not feel comfortable traveling in other carriages. There have also been men who have defended this measure arguing that, in this way, men will not be taken for perverts just because they are men. As for women, they were very satisfied and the number of complaints was reduced.

“Men need to learn how to respect women’s rights, something that will be difficult in Japan as long as there are comics and television shows that find this type of behavior funny, encouraging them to imitate it instead of trying to put an end to it,” said the president of New Japan Women’s Association, Emiko Hirano in 2004. She also added that “the new generations will be different and will not commit these crimes in such high numbers nor will they tolerate others doing so.”

However, although these cars exist so that women can travel safely without risk of harassment, the existence of these cars depends partly on the goodwill of men and their cooperation, since there is no legal punishment for a man who enter a women-only carriage. According to statements by representatives of the Tokyo metro in 2018, if a man gets on a women-only carriage, they do not force him to get off, but ask for everyone’s cooperation to “create a space in which all passengers can feel comfortable.” This has led to an increase in arguments between male and female passengers in women-only carriages in recent years. In this regard, a Hankyu Railway representative stated in 2018 that while there have always been men using women-only carriages, there are increasing cases of men complaining loudly about not being able to get on those carriages.

Although women-only carriages have generated controversy, their implementation aims to protect women from harassment and favor the creation of a safe space for all within the trains. Thanks to everyone’s cooperation, both women and men will be able to take the train without fear that something disturbing could happen to them.