Japan is a relatively safe country. A recent Ministry of Justice white paper shows that the crime rate has been falling since 2002 and, possibly due to the coronavirus, fell 8% in 2020. While there are stories of people leaving their wallets on tables and amazingly coming back to find them un-stolen, this can lull people into a false sense of security, assuming that Japan is a utopia where crime and violence never happen.

So, what should you do if the worst happens and you find yourself a victim of crime? Most crimes should be reported at the police boxes (交番 – kouban) or the police station (警察署 – keisatsu sho). It is worthwhile learning where these are in your local area as they can be useful if you ever have a serious problem.

The police boxes are mostly used for common crimes that can be easily handled by local officers. These are the places where police officers deal with the common crimes such as stealing bags/wallets (すり) and fighting/violence offenses (). As well as being a place to report crimes, the police boxes perform many other function such as handing in a lost item or asking for directions.

Many of the officers at the police boxes (known as おまわり-さん) ride around on bikes looking for crimes and, of course, other bike riders who don’t have without proper registration. These people are a regular sight in most neighborhoods and are the ones that you contact in case of incidences like: 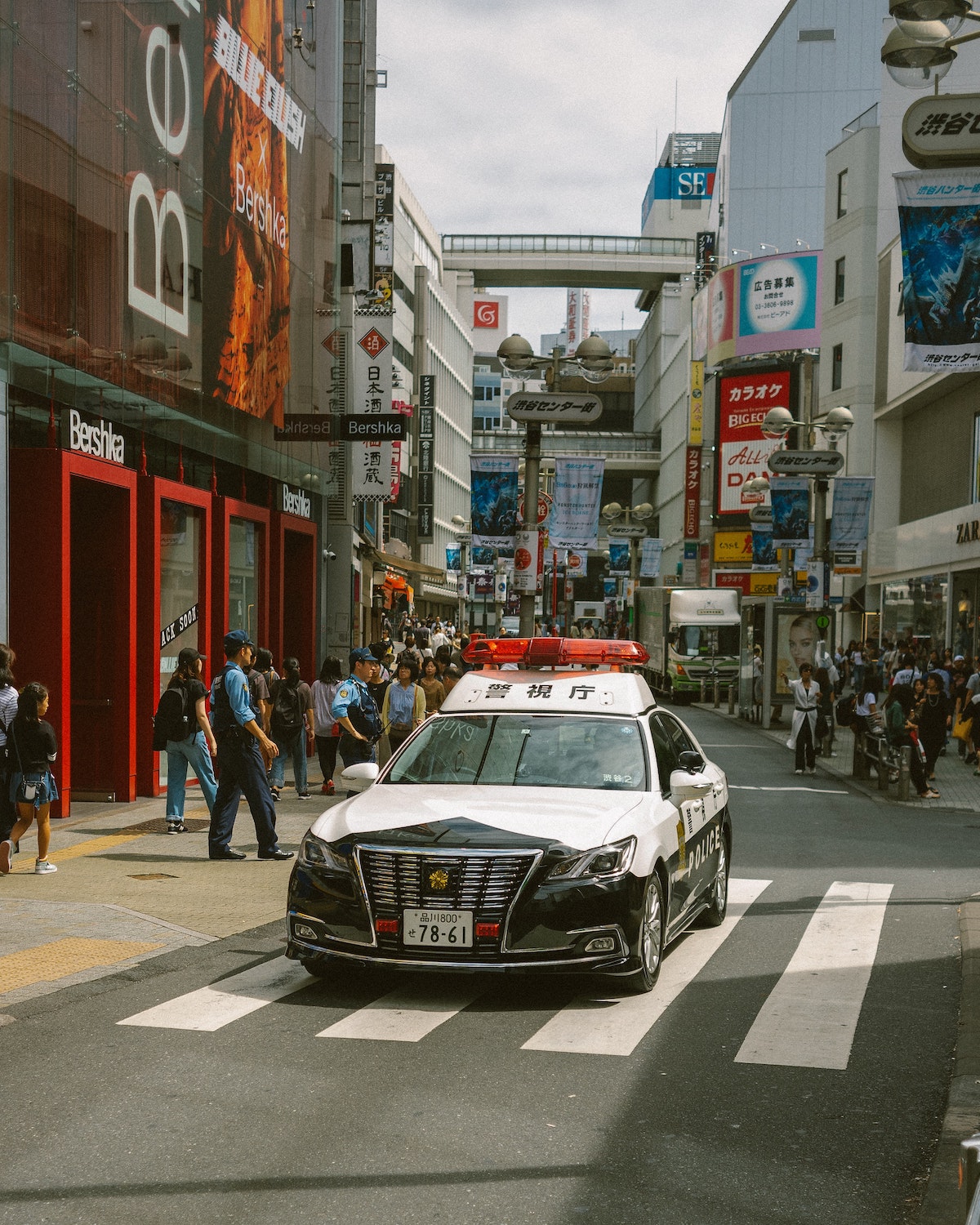 Getting back your lost or stolen goods

One of the primary uses of the police boxes is to deal with lost/stolen property. Some useful verbs include つけた (I found ~) for handing something in, and とした (I dropped~), ひったくりされた (~ was snatched), and まれた (~ was stolen) if you are trying to get something back.

One strange thing is that if you get a wallet that you lost back, you may be given a card with the finder’s name on it. This is because there is an upside to being a responsible citizen, as Japanese are expected to compensate the finder of their wallet with a small amount of money called sharei kin (). This is typically 10% of the money recovered and with Japan still being a country that people carry around a lot of money, this can be a big sum.

If your lost property is not coming back, but you are lucky enough to have insurance for it, it is worth visiting the station to fill out the insurance claims form. Expect to spend a lot of time there as a kind of legal process involves a lot of paperwork.

With Japan’s crime rate being lower than most countries, most foreign people will hopefully never see the inside of a , as the police stations are mostly used for bigger crimes that can’t be handled by the local police officers..

If you do find yourself having to visit one, it is a good idea to prepare yourself by learning the vocabulary that refers to each of the major crimes:

Hopefully, you will never have to learn these words or any of the more serious ones.

Encounters with the police () vary greatly; however, foreign people shouldn’t feel afraid to deal with the police. With a little preparation of vocabulary and speaking, and knowing how to use the various branches of the police effectively, there is no reason why dealing with the police should be particularly problematic.