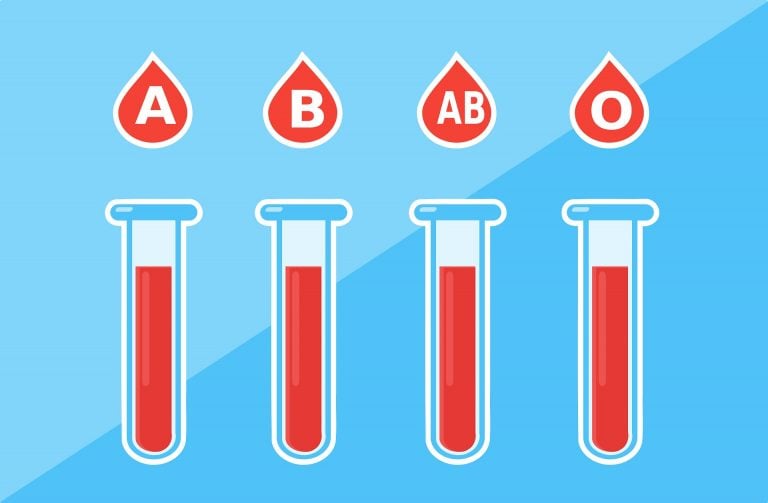 Any visitor to Japan who works with young children will soon get used to answering a question は？(what is your blood type?). For most of us the answer will likely be a shrug and an awkward pause as you desperately try to remember your blood type… erm? Red?…

However, for your listeners that may not be satisfactory, as they are actually asking a pretty serious question. In Japan, even in these days of the country being a world-class science leader, the pseudoscientific belief that blood type is an essential part of someone’s fundamental character still persists.

Four blood types to conquer them all

Yep, even though there are only four major blood types, according to many Japanese people, they account for all the diverse personalities that are seen all over the world.

Although there are variations, generally speaking: Type As are sensitive perfectionists and good team players, although they can be over-anxious; Os are curious and generous but stubborn; ABs are artsy but also mysterious and unpredictable; Bs are cheerful, eccentric and individualistic but with selfish tendencies.

If this sounds overly simplified to you and not something that you would want to base any major decisions on, you are not alone. The link between blood type and personally has been dismissed time and time again by serious scientists; however, the lack of scientific evidence has never got in the way of an interesting story and so the belief persists.

One reason for this persistence may be a curious feature of Japanese people. While in the Western world, O and A types make up almost 85% of the population, Japan is unusual as these isles have a greater variety of blood types. This unusual feature may explain why Japan takes this link more seriously than most other countries as about 40% of the Japanese population is Type A, 30% are Type O, 20% Type B, and Type AB accounting for the remaining 10%, an interesting mixture. 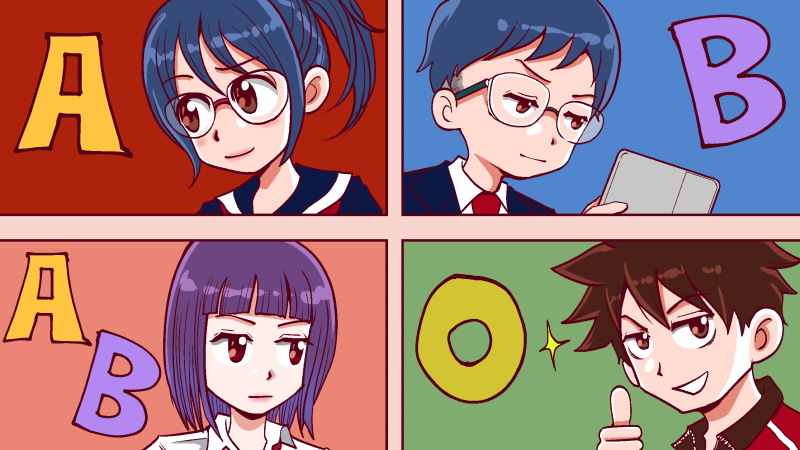 What does this mean anyway?

Surprisingly, your blood type may influence things as diverse as your career and love life. Even a brief Google search turns up lots of pages offering dating advice for young people about dating outside their blood type. Similarly, there are also lots of stories⁠—of varying degrees of believability—of military groups, sporting teams and working groups being organized according to blood type.

One thing that is certain is that in the dog-eat-dog world of the playground, blood types become another battle ground for bullies to take no prisoners. Prejudice and discrimination caused by blood types is known as ブラハラ (blood-type harassment) remains a uniquely Japanese problem.

The strange origins of the theory

Although the bullies base their victimization on the foolish belief that their blood type is superior, many of them would likely be surprised to discover the belief that certain blood types were superior to others has origins in European xenophobia.

In order to create his influential book about the influence of blood types on personality, the Japanese author Masahiko Nomi used the research of two German scientists, Ludwik Hirszfeld and Emil von Dungern, to make the case for blood types influencing personality to the Japanese.

Hirszfeld and von Dungren were German scientists who did their pioneering research in the period between World War I and the rise of the Nazi party in Germany. Their findings that linked certain groups with certain blood types was particularly popular with an up-and-coming politician, Adolf Hitler, who used it as one of the influences behind the infamous “Law for the Protection of German Blood and German Honour” upon coming to power.

Ironically for proponents of the theory in Asia, the origins of the practice were actually used to justify prejudice against Asians. As German scientists increasingly found that the B blood type was more common in African and Asian nations than Germanic ones, it was used to assert that Type B blood must be an inferior blood type.

Blood types in the future

Perhaps wisely, Toshitaka Nomi, the son of Masahiko, realized how much things had gotten out of hand and wrote an opinion piece that his late father’s research shouldn’t be used to judge or stereotype people, but simply to make the best of someone’s talents and improve human relationships.

However, with an increasingly net savvy population able to dig up lots of questionable reports about the scientific evidence for blood types, it is perhaps not surprising that the belief persists. So get used to being asked for your blood type, as the Japanese obsession with it is not likely to change any time soon.