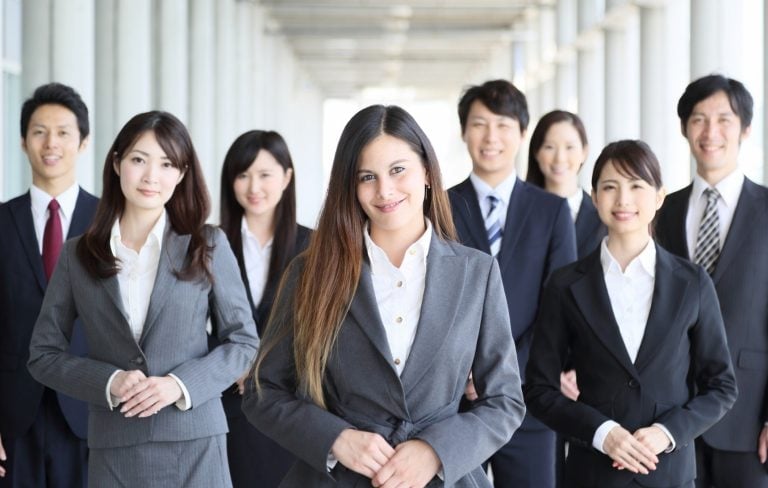 One of the advantages of being in the recruitment world in countries such as Japan, dealing with foreigners, is that you get to know, first hand, about work-related intricacies from around the world. If you meet folks from Argentina or India, to mention a couple, you will hear that there is a negative connotation to staying in a company for too long [there is not a clear cut off number of years to be considered long enough, but apparently, 3 does the mark]. For many, it seems detrimental to your career prospects.

In Japan, employees’ foot looseness is becoming a more accepted new phenomenon – and young generations are accused of setting the tone – but, as we will see, most Japanese Shachous (Japanese word for the companies’ president) or hiring managers still appreciate the opposite, staying longer.

What other things do Japanese bosses care about the most when hiring gaikokujin (Japanese word for foreign nationals)?

If you have been cherishing the idea of working in Japan, probably by now you have already read plenty of dos and don’ts in the world of work in Japan.
This does not intent to be a myth-busting article – to avoid adding more wood to the fire of confusion that you might be already getting in. We will try something more useful; to focus on, arguably, the three most important ones to be aware of.*

1.For how long are you planning to stay?

Around the world, lifelong employment is said to be a thing of the past. Japan does not escape from this trend. To make things worse, for long-term relationship lovers, young generations are said to be willing to change jobs more often than how their parents or grant parents did.

But don’t be fast in jumping to conclusions. It is still pervasive among Japanese employers their expectation for the new hire to commit for long or at least for a reasonable among of time. What constitute reasonable in concrete terms is open to debate, but here it is the hint. Most projects that companies are involved with, have a maturation period of a couple of years, if not half a decade, until bearing fruit. That is not exclusive of startup companies but it is particularly true for these new adventures.

As a potential employee yourself, with your own priorities, you would not really understand its full magnitude until you hear directly from a startup business owner, his wish for the new comer [and current staff, alike] to stay for at least enough time until the project starts profiting. The fact is that it is painful even for a big company to lose a team member – lost in knowhow, replacement cost, etc. It is even more painful for a startup or midsize business owner to be abandoned in the middle of an ongoing business adventure.

If you are the lucky one, who was invited to a job interview by a prospective Japanese employer, despite having job hopping history – many of these profiles don’t even make it to the recommendation stage from recruiters to companies – you better start thinking about the best way you can convince your interviewer you would not abandon the ship easily this time.

2. Are you willing to absorb the culture?

When it comes to economic development, culture really matters. Why would it not matter in the case of one of the nuclear parts of development, which is the employee-employer relationship?

Companies do want foreign employees to have an understanding of the Japanese culture, or at least, to do their best trying. In fact, cultural understanding is important anywhere. Any country expects their long-term guests to understand their way of living.

Of course. A country’s culture is full of nuances. You would not be surprised to meet a foreigner who has been living in Japan for many years, yet is still only beginning to understand it in depth. The good news is that, most of the culture-related understanding that the Japanese expect the most from foreigners, borders with the idea of respect to others. Have you heard of Jikan Genshu (punctuality) and Yakusoku wo mamoru (being a man/woman of his/her word)? Probably you did. How difficult is it getting into that mindset?

Needless to say that the richness of the Japanese culture does not reduce to these two virtues. It would be an insult to suggest that. But, for starter, you will go a long way if you have those imprinted in your daily life.

3. Why does the Japanese language still matter?

Sure enough! Being in Japan and wanting to work here you have to speak the language. Although change is happening on this part, still a high percentage of Japanese companies prioritize those with good command of the language of the two Kanas and Kanji.

That pretty much sounds common sense and nothing new is being added. Yet, very little attention is paid to the also “common-sense” reasons behind this:

In case the above is not self-explanatory, it might suffice to say that there are very few jobs that do not require people to exchange ideas, to talk to each other. No wonder why the lack of good communication abilities of employees is one of the most important complains from employers worldwide, even in the very same mother tongue. Emphasis on this soft skill is now more relevant than ever. Welcome to the twenty first century!

It is true that the Japanese language requirements has been somehow relaxed recently for IT professionals, given the war for such experts worldwide, but we cannot say yet this is the rule. In fact, there are many cases with companies coming back to requiring Japanese language ability after experiencing communication problems caused by the language barrier.

As a final remark, remember that no matter how much standardization speech, super globalization advocates profess, globalization is not meant to indiscriminately annihilate local identities, such as the culture and the language. Overall, those – culture and local language – matter to a great extent.

*If you are the type with serious research mind, you can explore the complete list of the items that Japanese companies care about the most when hiring, from official statistics such as the one from the Japanese Ministry of Economy, Trade, and Industry. Vitality. Written by Sebastian Heredia.