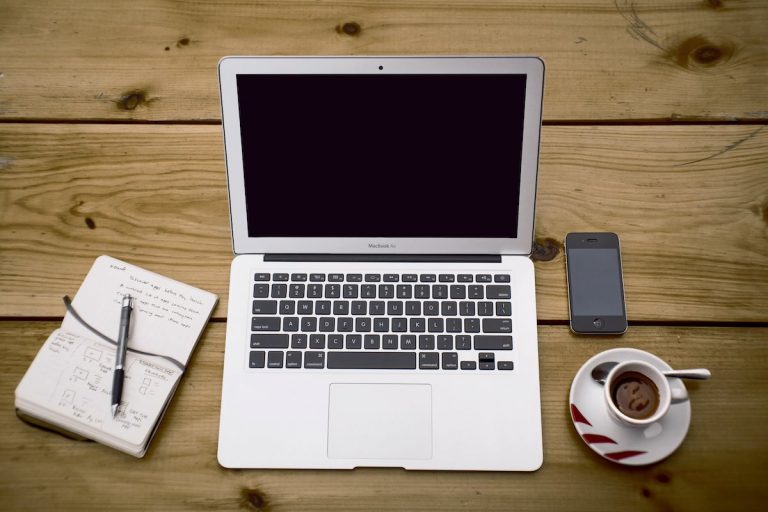 Compared with companies in the U.S. and the E.U., many Japanese companies were hesitant to adopt telework. That is, until March of 2020, when, as Tokyo shut down, many companies were forced to implement telework systems. According to a survey by the Cabinet Office, more than half of those living in the 23 wards of the capital had experienced teleworking by June. Even now, the metropolitan government is implementing new systems to keep encouraging telework.

This new way of doing things has taken some getting used to, for both the companies and employees. Telework also has some drawbacks that still need to be addressed, for example, a lack of face-to-face communication. However, the silver lining to the cloud that was 2020, is that telework has often changed life for the better, especially in such a dense, work-driven metropolis like Tokyo. 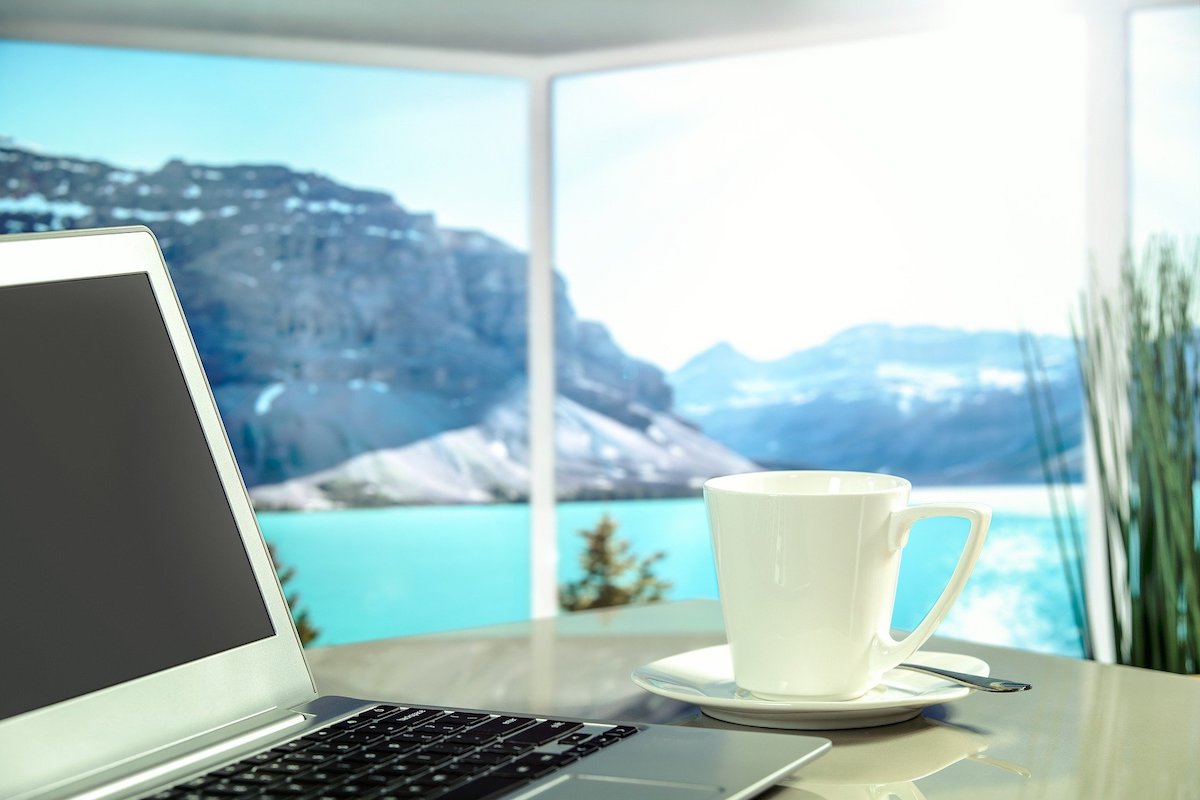 If you’re working from home… do you actually have to be at home? Why not work somewhere else? Somewhere nicer? Workcations started in the 2000’s with I.T. companies in the U.S., but they have only just become popular in Japan, particularly this year. The idea of an escape to somewhere more peaceful, surrounded by nature, is an especially attractive prospect for those living in large cities like Tokyo.

Both Wakayama and Mie prefectures are promoting themselves as ideal locations for these working vacations, by improving their internet connectivity and even transforming buildings like old schools and kominka into office spaces. However, workcations aren’t just for staying at resorts, I know some people who have taken advantage of their telework situation to spend time with their family in the countryside. The Japanese government is even subsidizing people to leave cities and telework in the countryside. 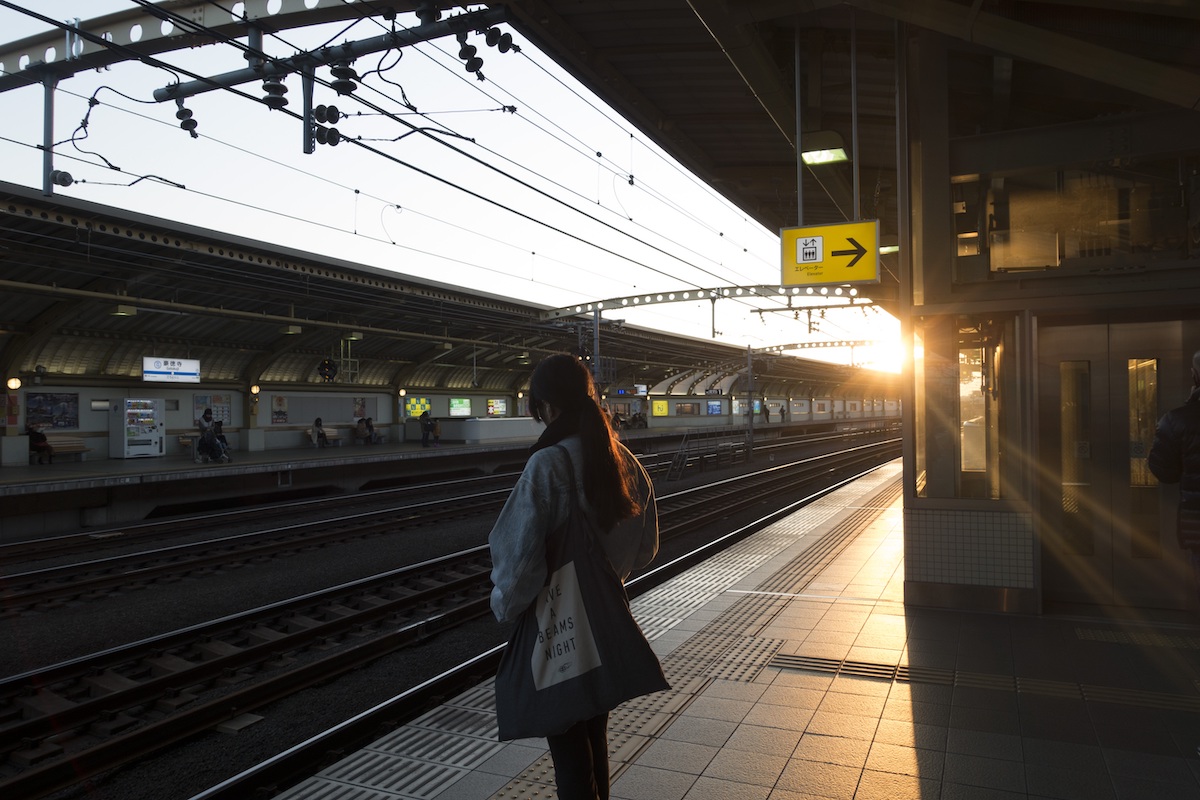 2. Fewer Commuters on the Trains

If you’ve ever been on a rush hour train in Tokyo, turning into mush as you are jammed against dozens of sweaty bodies, you know it’s the exact opposite of the government recommended three C’s: closed spaces with poor ventilation, crowded places, and close-contact settings. Tokyo’s rush-hour trains were the perfect breeding ground for illnesses of all kinds, even before Covid-19. Fortunately, with the advent of telework, not quite as many people need to commute every day. Tokyo’s rush hours are still sardine-tin packed, but even a slight decrease in commuters is a welcome change. 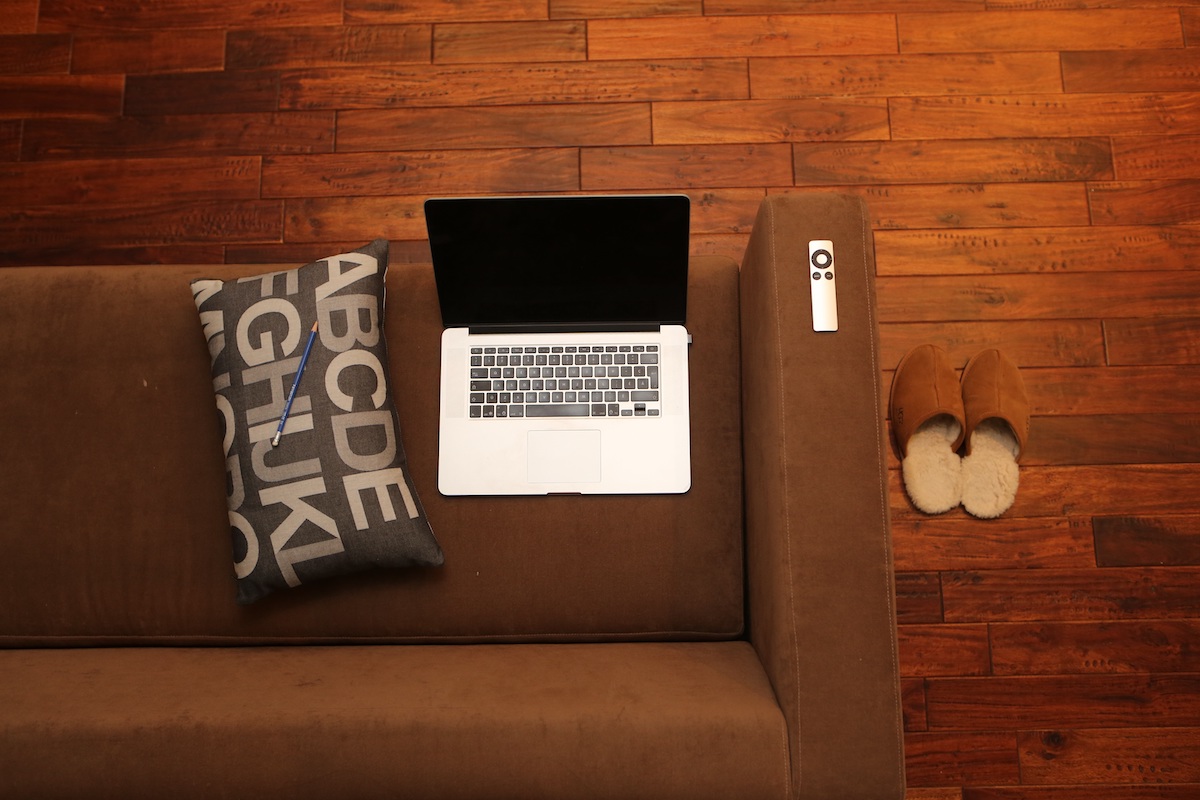 Tokyo’s apartments are small. And, to be honest, working in a place you usually only relax, can make it hard to focus. So, Tokyo-ites have needed to get creative in adding office spaces to their homes. Some companies even subsidize the costs of working from home, covering, for example, the purchase of office furniture. Personally, since I’ve been spending so much time in my apartment, without even realizing, I’ve ended up improving it as a space for both working and living (a.k.a I have a fancy coffee machine now). 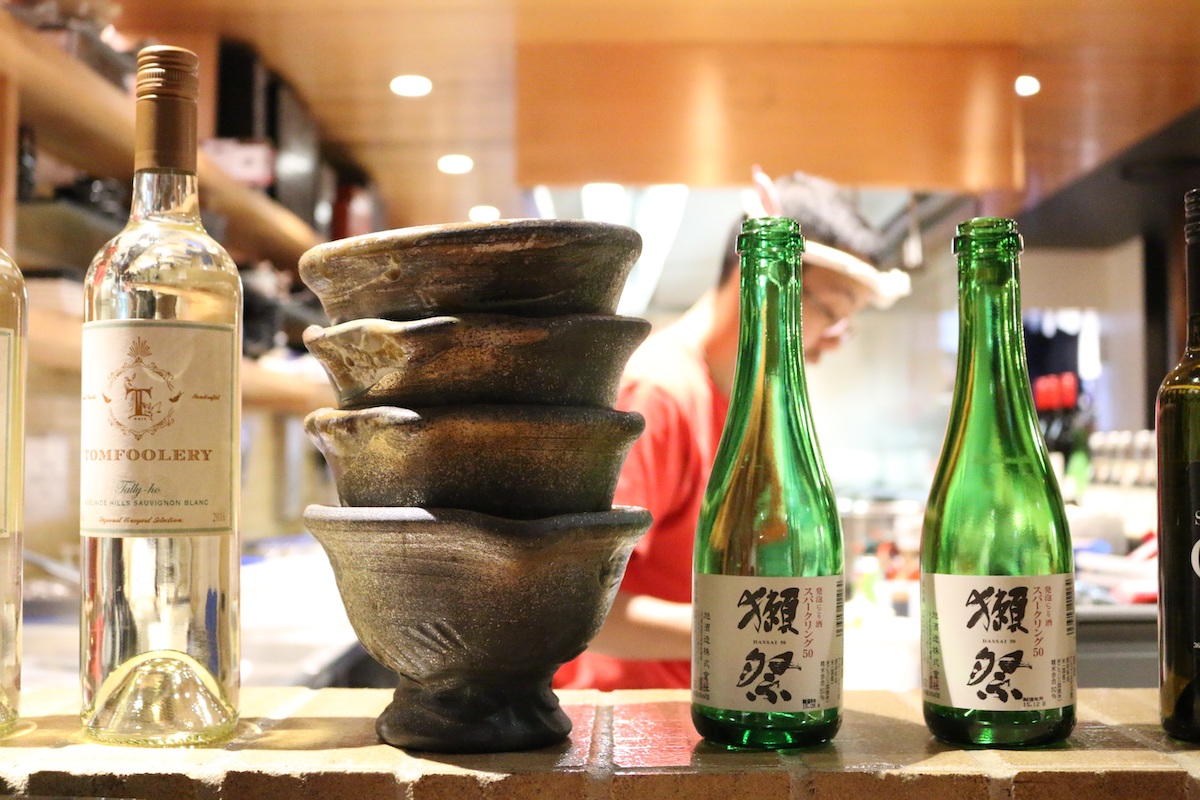 Japanese companies are known to place extreme importance on after-work bonding activities. While these events haven’t stopped, many of them have moved online. This is a welcome change for many employees. There is less pressure to drink. And if you don’t feel like drinking, who’s to know that your sake is actually water? Finally, no matter how late the party ends, you won’t need to worry about missing the last train. As soon as your boss gives the say so, you can shut your laptop and just roll right into bed. While opinions on the after-work drinking culture are still varied, this online version definitely mitigates some of the cons, while keeping the pros of communication and getting to know your colleagues. 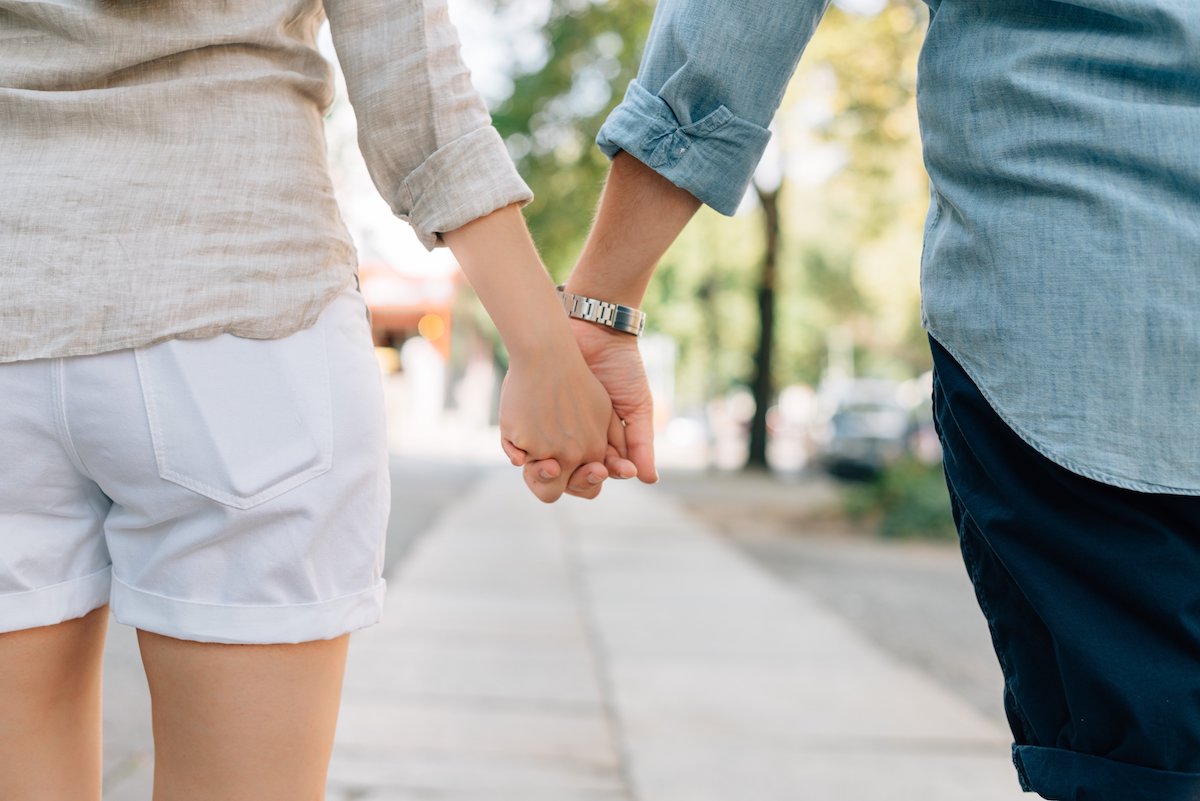 During times of crisis, we remember just how important our friends, family, and even co-workers really are. According to a survey by the Cabinet Office, out of 10,128 respondents nationwide, 49.9% said they “became more aware of the importance of family”. Thanks to telework eliminating the commute, you can have more time to spend with loved ones. Not to mention, if everyone in your household is working from home, you get to spend the whole day together (for better or worse). Not just family, though, the recruitment consultant
Robert Walters found that people have begun to place more value on their relationships with their colleagues when choosing a workplace, even over other factors like job benefits.

With the improvement of technology, telework could very well be the future of the workplace. Major tech companies like Twitter and Facebook are now saying they could allow employees to stay home even after the pandemic ends.

Traditional office work still has its place, but telework has made people happier, improved their productivity, and home life. In a survey by Nikkei HR, 90% of respondents said that they would like to continue teleworking. Hopefully, even after the pandemic, companies in Tokyo will remain open-minded towards flexible working situations.