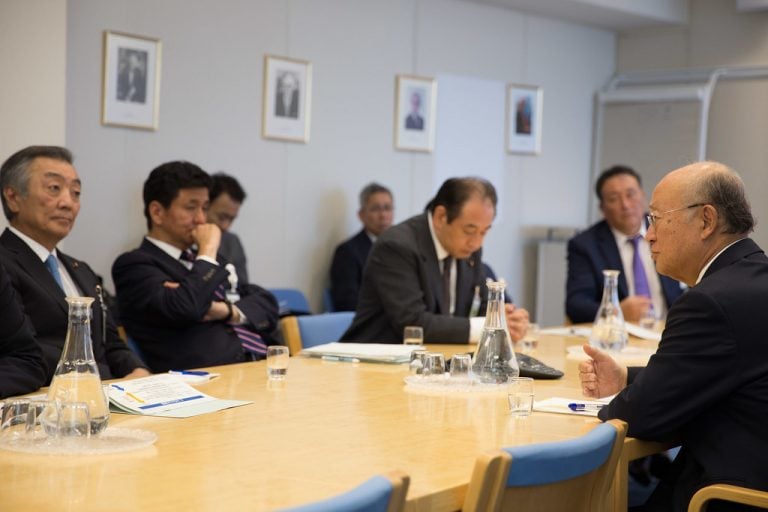 In Japan silence is definitely golden. From the trains to the offices, other countries are buzzing with conversations and noisy phone calls, whereas the Japanese prefer total silence, casting judgmental glances on anyone who dares to break the peace. This is why Japanese is the only language that has a sound for a room with utter silence (しん or しーん; shin), which shows how important this state is considered.

Silence as an introduction

There is a telling story in the book Japanese Beyond Words by Japanese culture expert Andrew Horvat of an American businessman who used his knowledge of Japanese culture to his advantage in a presentation to a Japanese company. While the representatives of his rival’s companies launched into long-winded talks full of gesticulation and high-energy arguments, the American businessman sat stiffly in his seat. To the Americans, this must have seemed strange; however, in fact he was sending a subtle message to the Japanese people present about how much he understand their way of thinking. As Horvat recalls, the American’s silent approach was lauded by the Japanese present as showing that he had (kanroku; an air of authority).

This illustrates a key expression in Japanese, ‘let silence talk and language be silent‘. Much like the word しん, Japanese people believe that silence can communicate things as or more effectively than words. Likely this is a leftover from the days of Buddhism being the predominant religion in Japan, as many Buddhist teachings speak about being able to understand the fundamental nature of things without words and actions.

Mokusatsu and killing them with silence

Such teachings have even affected the world of business where people often encounter silence being used in a strategic way to force the other party to show their hand. It is often felt that whoever starts negotiations first in Japan is placed at a slight disadvantage, so often negotiations will start with a period of silence as both parties try to tempt the opposition to say or do something that puts them at a slight disadvantage just to break the silence.

In Japan, this style of negotiation is called (mokusatsu) made up of the words for silence (黙) and kill (殺). The Japanese political scientist Kazuo Ogura was particularly fond of this approach, writing a piece about his awe of the Japanese side’s ability to stoically remain silent until they outlasted their counterparts.

Of course, silence being used in this way divides the opinions of researchers. Researchers like Luciano Bernadi argue that silence can be useful to reduce the chances of getting carried away emotionally and is good for relationships. Similarly, Fritz Strack and Roland Deutsch believe that it is useful as a period of reflection for your party.

While these researchers view it positively, others see it being more hostile. A group led by Roy Lewicki wrote that this kind of silence was a form of intimidation and a passive-aggressive way of getting concessions from the other side. Interestingly, this aggression may only be a problem if you are the weaker team in the negotiation, as a team of researchers lead by Namkje Koudenburg found that low-status parties were uncomfortable with silence, whereas high-status parties were not.

Of course, silence, like any business tactic, has its strengths and weaknesses. Wily negotiators from other countries have started noticing that they can instead take advantage of the silence to try to press their agenda. A classic tactic is to use silence as a form of assent and assuming that the Japanese side’s efforts to remain silent mean that they agree with the terms as they are. Saying something like “I assume by your silence that you agree with our proposal” will soon force the Japanese side to speak up.

Overall, silence is an important part of any negotiation, especially in Japan. Recognizing it and understanding its role is important for anyone that wants to do business over here. How about your culture? What is the role of silence and is it useful in the business sphere? Let us know.